Sarah Palin and the Rove-Cheney Cabal 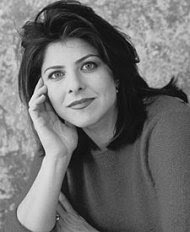 I hope author and social critic Naomi Wolf (pictured at right) has got it wrong in her recent essay at HuffingtonPost.com. Yet, to be honest, the scenario she outlines is one that I too have found myself contemplating, albeit reluctantly.

Basically, Wolf believes that Sarah Palin – not John McCain - will be the “affable, weak figurehead” at the helm of the coming “police state government” that will be illegally ushered into power and managed from behind the scenes by the same Rove-Cheney cabal that illegally put George W. Bush into power and has been pulling the strings ever since. As for Barack Obama’s fate in this truly nightmarish scenario, I just don’t want to go there.

The idea that the U.S. is on the road to becoming a fascist society is the thesis of Wolf’s latest book, The End of America: Letter of Warning to a Young Patriot. It’s a thesis that’s reiterated and expanded upon in her recent Huffington Post essay, excerpts of which are shared below. 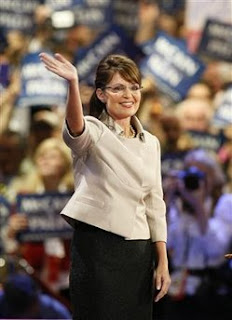 You have to understand how things work in a closing society in order to understand “Palin Power.” A gang or cabal seizes power, usually with an affable, weak figurehead at the fore. Then they will hold elections – but they will make sure that the election will be corrupted and that the next affable, weak figurehead is entirely in their control. Remember, Russia has Presidents; Russia holds elections. Dictators and gangs of thugs all over the world hold elections. It means nothing. When a cabal has seized power you can have elections and even presidents, but you have no freedom.

I realized early on with horror what I was seeing in Governor Palin: the continuation of the Rove-Cheney cabal, but this time without restraints. I heard her echo Bush 2000 soundbites (“the heart of America is on display”) and realized Bush’s speechwriters were writing her – not McCain’s – speeches. I heard her tell George Bush’s lies – not McCain’s – to the American people, linking 9/11 to Iraq. I heard her make fun of Barack Obama for wanting to prevent the torture of prisoners – this is Rove-Cheney’s enthusiastic S and M, not McCain’s, who, though he shamefully colluded in the 2006 Military Tribunals Act, is also a former prisoner of war and wrote an eloquent Newsweek piece in 2005 opposing torture. I saw that she was even styled by the same skillful stylist (neutral lipstick, matte makeup, dark colors) who turned Katharine Harris from a mall rat into a stateswoman and who styles all the women in the Bush orbit – but who does not bother to style Cindy McCain.

Then I saw and heard more. Palin is embracing lawlessness in defying Alaskan Legislature subpoenas –this is what Rove-Cheney, and not McCain, believe in doing. She uses mafia tactics against critics, like the police commissioner who was railroaded for opposing handguns in Alaskan battered women’s shelters – Rove’s style, not McCain’s. I realized what I was seeing.

Reports confirmed my suspicions: Palin, not McCain, is the FrankenBarbie of the Rove-Cheney cabal. The strategy became clear. Time magazine reported that Rove is “dialed in” to the McCain campaign. Rove’s protégé Steve Schmidt is now campaign manager. And Politico reported that Rove was heavily involved in McCain’s vice presidential selection. Finally a new report shows that there are dozens of Bush and Rove operatives surrounding Sarah Palin and orchestrating her every move.

What’s the plan? It is this: McCain doesn’t matter. Reputable dermatologists are discussing the fact that in simply actuarial terms, John McCain has a virulent and life-threatening form of skin cancer. It is the elephant in the room, but we must discuss the health of the candidates: doctors put survival rates for someone his age at two to four years. I believe the Rove-Cheney cabal is using Sarah Palin as a stalking horse, an Evita figure, to put a popular, populist face on the coming police state and be the talk show hostess for the end of elections as we know them. If McCain-Palin get in, this will be the last true American election. She will be working for Halliburton, KBR, Rove and Cheney into the foreseeable future – for a decade perhaps – a puppet “president” for the same people who have plundered our treasure, are now holding the US economy hostage, and who murdered four thousand brave young men and women in a war of choice and lies.

. . . Make no mistake: Sarah “Evita” Palin is Rove and Cheney’s cosmetic rebranding of their fascist push: she will help to establish a true and irreversible “fear society” in this once free once proud nation. For God’s sake, do not let her; do not let them.

To read Naomi Wolf’s essay in its entirety, click here. 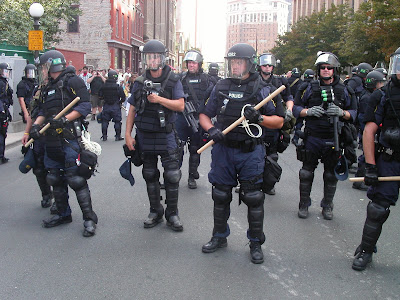 For Naomi Wolf, the response to protesters by the militarized
police presence at the recent Republican National Convention in St. Paul,
(a response that included preemptive arrests and the harassment and
arrest of journalists) support a number of the steps to dictatorship
outlined in her book, The End of America. (Image: Michael Bayly)

See also the previous Wild Reed posts:
Sarah Palin’s “Theocratic Fascist” Affiliations
All Those Community Organizers? Who Needs Them!
It Won’t Last
The Shadow is Real
An American Prayer

Naomi Wolf sounds like the Republicans describing the Clintons. Sorry, I didn't buy that level of hyperbole then and I don't buy it now.

Palin is no more than a Stepford Caribou Barbie than Bill Clinton is the anti-christ. Next post please.

I didn't realize conspiracy theorists exsisted on the other side - forgetting Hillary spotted the vast right wing conspiracy many years ago.

Mark, I can't tell you how much I hope you're right.

Terry, good to have you stop by!

Just got here by accident. I have a liberal catholic blog. I'm here now for a couple of answers if you have time. If you think I am too "radical" just forget my request.

For example on issues like the welfare of workers, am I free ,in catholic theology, to say I oppose all minimum wage laws because they are not totally market driven. Apparently I am since all social justice teachings are "open" to "differences" in how to achieve them except the abortion issue.

What then is the value of these pronouncements of the American bishops?