Clearing Away the Debris 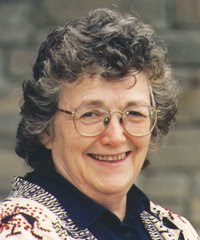 Over at the Progressive Catholic Voice, my friend Rick is doing a stellar job at posting a daily compilation of news & views briefings from around the nation and the world.

Today, for instance, he links to a

ReligionDispatches.org review by Rosemary Ganley of Catholic Does Not Equal the Vatican: A Vision for Progressive Catholicism, the latest book by Catholic theologian Rosemary Radford Ruether (pictured at right).

Following are excerpts from this review.

What Rosemary Radford Ruether does, time and time again, is not so much strike down the ideas of her adversaries as render them ineffectual by the power of her reason, the vastness of her historical knowledge, and the accuracy of her moral compass.

The eminent Roman Catholic feminist theologian does it with wit and drollery, with courage and freedom, and with the humility that truly great minds practice, without consciously doing so. Reading her is bracing, even exhilarating.

. . . Last July, the Catholic University of San Diego rescinded an invitation which had been made to her to teach ecological theology part-time for a semester at the school. The provost gave in to a right-wing group which had objected to Ruether being on the board of Catholics for Choice in Washington. Two thousand letters flooded the provost’s office upbraiding the university for its decision.

One must pose this question to leaders of our many Catholic colleges and universities: Regis College and St. Michael’s University in Toronto, for example. Obedience, even servility, to ecclesial power reigns. Critical Catholic thinkers who diverge from the views of the magisterium are excluded. One thinks of Charles Curran, Hans Küng, Roger Haight. Think of the feminists . . . made utterly invisible.

Rosemary Ruether’s response to small-mindedness is to write another best-selling book. This time it is Catholic Does Not Equal the Vatican. You bet it doesn’t.

In just 142 pages, six chapters, with not a wasted word, Ruether lays out once again her critique of ecclesial patriarchy as life-denying and institution-killing.

. . . Always a liberationist, Ruether calls again for a church committed to the vision of Jesus, “rooted in the person and ministry of Jesus Christ.” But the present Vatican regime takes its model of being from fourth-century Roman imperialism and eighteenth-century European monarchy. Worse, it proclaims itself infallible, without error, which, to Ruether is the ultimate sin, a form of self-idolatry.

She calls, as she has in her forty books and one hundred articles, for a rejection of sexism and sexual pathology, an embrace of other cultures and religions, an option for the poor and a focus on the environment. Facing entrenched Vatican power, can one conclude that she is deluded, masochistic? Are millions of progressive Catholics who share her views deluded, engaged in a futile exercise? That is always a possibility. The direction of the Roman administration is backward, toward Vatican I, its officers adherents of the sect Opus Dei, its theologies retrogressive, exclusionary, and misogynist. Quite an agenda to defy. “I feel both helpless and urgent,” she says.

But life, wisdom, is in the community. “Catholicism is an important expression of historical Christianity in the West, and its reform is vital to many around the world who are part of this church, and others affected by its presence and power.”

. . . Ruether says critics and reformers need an attachment to hope for the future. There is somewhere, perhaps everywhere, a Roman Catholicism which is progressive, sexually mature, globally-minded, even prophetic. By once again clearing away the debris which clouds thinking and can enervate the reformer, she advances the discovery of this Catholicism, not for itself but for the world in which it lives.


To read Rosemary Ganley’s review of Rosemary Radford Ruther’s Catholic Does Not Equal the Vatican in its entirety, click here.

See also the previous Wild Reed posts:
• What It Means to Be Catholic
• The Holarchical Church: Not a Pyramid But a Web of Relationships
• Authentic Catholicism: The Antidote to Clericalism
• Thoughts on Authority and Fidelity
• Beyond Papalism
• The “Underground Church”
• What Does It Mean to Be a Catholic University?
• The Shrinking Catholic Tent
• Dispatches from the Periphery
• To Whom the Future of the Catholic Church Belongs
• “The Real Battle”
• Benedict’s Understanding of Church
• An Intriguing Thought
• Genuine Authority