.
Theologian Hans Küng reflects upon Pope Benedict XVI
and the state of the Roman Catholic Church. 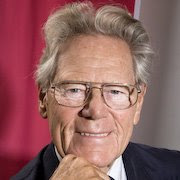 NOTE: The following quotes by Hans Küng (pictured at right) are taken from two European newspapers (Le Monde, February 24, 2009, and La Stampa, February 25, 2009). They were first published in the format below by Joseph O’Leary on his weblog (and under the heading “Church or Sect?”).

Benedict XVI has always lived in an ecclesiastical ambience. He has traveled very little. He has always remained shut up in the Vatican – which is rather similar to the Kremlin of one time - where he is sheltered from criticisms. . . . The Secretary of State, Tarcisio Bertone, who could be a counter-weight, was a subordinate of his at the Congregation for the Doctrine of the Faith; he is a man of doctrine, completely submissive to Benedict XVI. We are facing a structural problem. There is no democratic element in this system, no corrective. The Pope was elected by the conservatives and today it is he who nominates the conservatives. . . .

He is faithful to the Council, in his way. Like John Paul II, he always insists on continuity with “tradition.” For him, this tradition goes back to the medieval and hellenistic periods. Above all he does not want to admit that Vatican II has brought about a rupture, for example as regards the recognition of religious freedom, opposed by all the Popes before the Council. . . . Basically Benedict XVI has an ambiguous position on the texts of the Council, because he is not at ease with modernity and reform. . . .

I think that he defends the idea of the “little flock.” It is a little along the line of the integrists, who think that even if the Church loses a lot of its members, there will remain in the end an elitist Church, made up of “real” Catholics. It is an illusion to think that one can go on like this, without priests or vocations. This evolution is clearly a restoration, which is manifested in the liturgy, but also in acts and gestures, such as telling the Protestants that the Catholic Church is the only true Church. . . . The Church risks becoming a sect. Many Catholics no longer expect anything of this Pope.

When he received me in 2005, it was a courageous act and I really believed he would find the path to reform, even if slowly. But in four years he has proved the contrary. Today I wonder if he is capable of doing anything courageous. For a start he would have to recognize that the Catholic Church is traversing a deep crisis.

See also the previous Wild Reed posts:
“The Real Battle”
Benedict’s Understanding of Church
Clearing Away the Debris
Here Comes Everybody! - Robert McClory Discusses Putting Democracy and Catholicism Together, As It Was In the Beginning
An Intriguing Thought
Of Mustard Seeds and Walled Gardens
The Shrinking Catholic Tent
Beyond Papalism
Hans Küng: Still Speaking from the Heart of the Church
Genuine Authority
A Declaration of Reform and Renewal

While I agree with the general premise of Fr. Kung's comments, again, I think he's being a little too harsh towards the Holy Father even if he does make fair accusations against him. In defense of Pope Benedict I know that he isn't really as sheltered as Hans Kung would make it out to be. He has travelled throughout the world and as another observer noted on another blog he lived several years on his own in a house with his sister. So his entire existance hasn't necessarily been spent within the confines of an eccelesiastical vacuum.

I do however agree with Fr. Kung's critiques of the Holy Father's papal style. Of course, as he was as Cardinal Ratzinger, he is very consersative and is not phased that much from differing views or dissenting opinions. but really, is this so surprising? This has always been the personality and persona of Joseph Ratzinger, why should it have changed after he became Pontiff of Rome?

By the same token, it is a little discouraging that His Holiness doesn't seem to take divergent opinions from his own into consideration that much. When he was elected he had promised that he would not pursue solely his own ideas but would try to listen to ALL of the Church. Perhaps he's convinced that he does listen, but that he acts in accordance with what he sees fit as carrying out God's will. Again, should we expect him to start making a complete turn around in terms of his long held conservative views? No, that wouldn't be realistic. But what would be reasonable would be to see him at least make some concessions to progressive thinkers who might hold different views from his. Even Pope John Paul II allowed liberal Bishops to paint the spectrum of the espscopal college with a tolerant diversity which signified that although he might not agree with them he still allowed them to exist and offer their own unique opinions and contributions to the Universal Church. But now with Pope Benedict's episcopal appointments it seems that a progressive contingent is gradually dissapearing and it is becoming harder and harder for liberal minded leaders within the hiearchy to make their own opinions known for fear of punishment or even excommunication.

So, the fact that Pope Benedict does not allow opposite points of view to be tolerated is somewhat troubling. As Fr. Kung says, the "democratic "element" does indeed look as if it is slowly dissapearing and is being replaced with rigid, conservative ideaology.

The question is: what, as the People of God can we do to stop this trend, if anything? And how can we ensure that progressive thinking, intertwined with both FAITH and REASON, is not lost as a way of thought within the Church?

I still have hope that the Holy Spirit will one day deliver us with more forward thinking ecclesiastical leaders...but right now...the hopes for the future are understandably a bit dim...