Dionne Warwick: “Being Human is What It's All About” 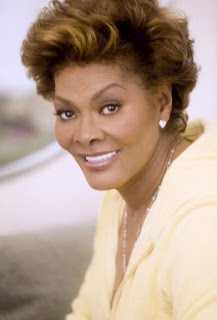 In the lead-up to this year's World AIDS Day, The Advocate paid tribute to legendary singer Dionne Warwick and her decades-long commitment to fighting HIV/AIDS.

I share tonight an excerpt from this tribute written by Julie Bolcer and first published in the November 28, 2011, issue of The Advocate.

This excerpt is followed by the music video for one of my favorite Dionne Warwick songs, 1982's "Heartbreaker." 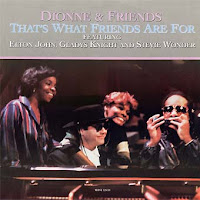 Almost 30 years have passed since Dionne Warwick and friends Elton John, Gladys Knight, and Stevie Wonder recorded their smash-hit charity single, “That’s What Friends Are For.” The song generated over $3 million for the American Foundation for AIDS Research and heralded a new era of celebrity-driven fundraising and activism. 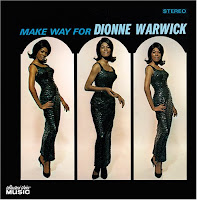 Some things have not changed for the New Jersey-born performer whose career has spanned five decades of hits, many composed by Burt Bacharach and Hal David, such as “Don’t Make Me Over,” “Alfie,” and “Walk On By.”

“Lyrically, it’s the same message of ‘I’m going to be there for you,’” said Warwick, 70, before a September town hall meeting she organized on HIV/AIDS in New York City. “Friends are the ones who are there for you. That’s exactly what this is all about. Being human. Having humanity.”

The town hall, presented with Harlem United Community AIDS Center, drew nearly 200 audience members, most of them African-American, to ask questions and hear perspectives from leaders in the health, policy, advocacy, and religious communities. Panelists included Warwick, actress Sheryl Lee Ralph — a member of the original Broadway cast of Dreamgirls and founder of an HIV-charity called The DIVA Foundation — and Rae Lewis Thornton, the first African-American woman to tell her story of living with AIDS to a major publication, Essence, in 1994.

“Education is really the key,” Warwick said. “We have to know what we’re fighting in order to be able to fight it.” 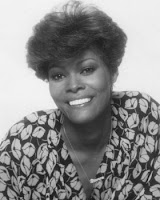 She speaks from experience. Warwick lost her assistant to AIDS in the 1980s before the disease even had a name and before Rock Hudson had put a face to it. Her assistant, initially thought to be suffering from cancer, would be the first of many among her colleagues to face the disease.

“I’m a performer. The industry I am in has lost a multitude of talented people,” she said. “That’s when I had a very strong message sent to me to stop talking and start doing, and as a result of it, my advocacy started getting known throughout the country.”

These days, Warwick’s advocacy continues in communities like Harlem, site of her early gigs. The rates of HIV infection in some American cities rival those in sub-Saharan Africa, with young African-Americans hit particularly hard, according to the latest statistics for the Centers for Disease Control and Prevention.

“Economics, nothing more than that,” said Warwick, when asked for her thoughts on the cause of the disproportionate impact. Still, she said that services have multiplied and improved over the years, and she encouraged young people to take responsibility, as she and other pioneering celebrities did 30 years ago.

“Prior to that, there was no place for African-Americans to go, which gave me even more strength to combat this thing,” she said. “[Today] there is help on every corner you turn. Take your butts in there and get some testing done and get some information.”

. . . A part-time resident of Brazil for some years, Warwick pursued global opportunities to bring attention to the fight against AIDS and combine that work with other causes. President Ronald Reagan appointed her the United States Ambassador of Health in 1987, and in 2002, she became the Goodwill Ambassador of the Food and Agriculture Organization of the United Nations. She also selected the Hunger Project as her charity during her stint on The Celebrity Apprentice.

“The Hunger Project, and my position with FAO, concentrate on feeding and teaching those countries abroad how to potentially feed themselves,” she said. “The concentration is primarily that, and I do speak of AIDS during any of the times that I am actively involved with these hunger issues.” 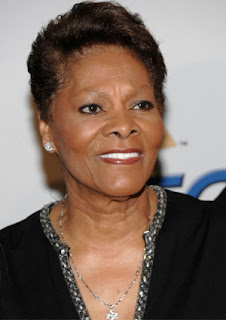 She credits her religious upbringing and belief in the power of prayer for guiding her work. Warwick thinks faith can play a key role in the fight against AIDS.

“I was always told—my grandfather was a minister—that the reason we are on Earth is to be of service to each other,” she said. “I’m not fanatical about my religion. I believe in God and prayer and I think that it’s brought me a long way. So yes, I’m religious.”

Whether it’s due to faith or good genes, Warwick isn’t slowing down. As she enters her second half-century in show business, she plans on keeping up her philanthropy. Warwick says she owes it to her fans.

“I think that our celebrity is predicated upon the communities that support us,” she said. “If they’re going to support your career, the least that can be done is that you support and give back.”

"Heartbreaker" is a 1982 single released by American pop and soul singer Dionne Warwick. The song was written by The Bee Gees' Barry, Maurice and Robin Gibb, with Barry Gibb's distinctive backing vocal being heard on the chorus. The unique brothers' sound can also be recognized in the syncopated rhythm of drums programming, the bright strings unisons and the powerful synthesizer brass sections.

The song was a hit around the world. It peaked at number ten on the U.S. Billboard Hot 100 chart in January 1983, and was a number-one adult contemporary hit. In the UK, the track reached number two for two weeks in November 1982.

Warwick admitted in The Billboard Book of Number One Adult Contemporary Hits by Wesley Hyatt that she was not fond of "Heartbreaker" (regarding the song's international popularity, she quipped, "I cried all the way to the bank"), but recorded it because she trusted the Bee Gees' judgment that it would be a hit. It turned out to be Warwick's most successful solo hit of the 1980s.