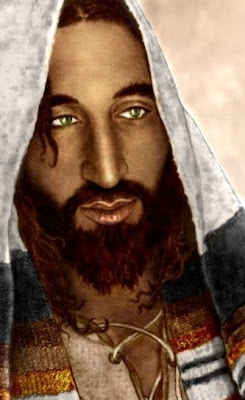 The Wild Reed's 2013 Holy Week series continues with a second excerpt from Albert Nolan's Jesus Today: A Spirituality of Radical Freedom. In this excerpt, Nolan looks at Jesus as both a prophet and a mystic.

Prophets, Nolan reminds us, are "people who speak out when others remain silent. They criticize their own society, their own country, or their own religious institutions."

They are also people who can foretell the future, not as fortune-tellers, but "as people who have learned to read the signs of their times."

Writes Nolan: "It is by focusing their attention on, and becoming fully aware of, the political, social, economic, military, and religious tendencies of their time that prophets are able to see where it is all heading."

Reading the signs of the times, Nolan says, was an integral part of Jesus' spirituality. He boldly and radically spoke out against the assumptions and practices of the social and religious establishment of his time. He "turned their world upside down," Nolan reminds us, and "the conflict that this created became so intense that in the end they killed him to keep him quiet."

Jesus was also a mystic, a person who longs to experience oneness with God. Because he was both mystic and prophet, Jesus, says Nolan, was rooted in a mystico-prophetic spiritual tradition. His life was a powerful example of prophesy and mysticism forming an inseparable whole. Nolan highlights others who have similarly recognized prayer and justice as two sides of the same coin: Thomas Merton, Dorothy Day, Oscar Romero, Hélder Câmara, Dorothee Söelle, Mahatma Gandhi, and numerous others of different faith traditions.

Following are more of Albert Nolan's thoughts on Jesus as mystic and prophet.

I have always felt that there were two histories of the Christian Church: the history of the institution with its popes and power struggles, its schisms, conflicts, and divisions, its heresy hunting and bureaucracy; and the parallel history of the martyrs, saints, and mystics with their devotion to prayer, humility, and self-sacrifice, their freedom and joy, their boldness and their deep love for everyone and everything. The latter we have come to refer to as the mystico-prophetic tradition, and the former I have chosen to call the tradition of institutional authority.

There has always been a certain amount of overlap between the two, but on the whole these two histories or traditions have run parallel to one another with no small measure of tension and conflict. . . . Mystics, like prophets, are not appointed by any religious authority to fulfill their role as mystics. The authority of saints, mystics, and prophets has always been based upon their holiness or closeness to God – their experience. And institutional authority has always found it difficult to deal with such freedom of spirit.

Another notable characteristic of the mystical tradition has been the very large number of women who feature prominently in it, women who wrote extensively about their mystical experiences and acted as advisers and counselors to men and women of all kinds. We have only to think of great mystics like Catherine of Siena, Teresa of Avila, Hildegard of Bingen, Julian of Norwich, Mechthild of Magdeburg, and Catherine of Genoa. On the other hand, the institution has remained solidly patriarchal. Those in authority have been, and still are, men.

What we need to notice about Jesus is that in the conflict between the mystico-prophetic tradition and institutional authority within the Judaism of his time, he was par excellence a representative of the mystico-prophetic tradition. He was not a priest or a scribe. He was a layman – and, to cap it all, a peasant. Institutional authority was represented by the scribes and the Pharisees, the chief priests and the elders, the Sadducees and the Sanhedrin.

But it would be wrong to think that Jesus rejected the religious institution of his time out of hand. He respected the institution as such, "Moses' seat" (Mt 23:2), and he can even be said to have loved all who were part of it. But he totally rejected the way it was being used and abused to oppress the people (Mt 23:3-4). This has been the role of the prophet and the mystic in all religions and faith traditions in all times and places ever since there were religious authorities of any kind.

. . . Anyone who wishes to take Jesus seriously would have to be prepared to become a prophet and a mystic. In the history of Israel before Jesus, prophets were rare individuals. Jesus' aim was to open up the spirit of prophesy to everyone. Anyone can and should read the signs of the times, just as anyone can read the sky and foresee tomorrow's weather (up to point!) (Mt 16:1-4).

Then too we can all become courageous enough to speak out like prophets. This was the experience of the first Christians after Jesus' death. The outpouring of the Spirit at Pentecost and after was an outpouring of the spirit of prophesy.

. . . We can also become mystics. In fact . . . prophesy and mysticism go together. Mystical union with God is not an experience reserved for some very special and privileged people. It is true that everybody does not have the same opportunities for exploring such a possibility. But Jesus did not think that he alone could experience intimacy with God as his abba.* God was the abba and Father of all: "My Father and your Father" (Jn 20:17); "Our Father" (Mt 6:9). We can all experience some measure of intimacy with God. . . . According to the frequently quoted prediction of the great twentieth-century theologian, Karl Rahner, "the Christian of the future will be a mystic or will not exist at all."

* Writes Nolan: "One of the strongest memories Jesus' disciples had of him was that he addressed God with a familiar family word, abba, rather than any sacred religious word, and that he taught his disciples to do the same. This was so striking and unconventional that the original Aramaic word used by Jesus was sometimes preserved alongside the Greek in the New Testament, as in "abba Father" (Mk 14:36; Gal 4:6; Rom 8:15). As a way of addressing and referring to God, it was unique. . . . The significance of [Jesus'] use of the term abba is not that it is masculine or that it is the word a child might use, but that it expresses intimacy. God is being spoken of as a loving parent who embraces, holds, and protects his or her child. And, like the love of any good parent, it is warm, unconditional, and totally dependable. Some might associate this more with a caring mother than with a father, although warm, caring fathers are not uncommon these days nor were they in the past."


See also the previous Wild Reed posts:
• Jesus: The Upside-down Messiah
• "Who Is This Man?"
• The Most Dangerous Kind of Rebel
• Why Jesus Is My Man

Will, who is the artist that created the Jesus image?

The artist who created this image of Jesus goes by the name of "Horseman." He or she talks about their painting here.