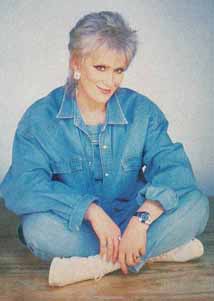 Today is the 14th anniversary of the passing of Dusty Springfield (1939-1999), arguably Britain's greatest pop-soul vocalist.

Regular visitors to The Wild Reed would know that I have great admiration and respect for Dusty, for reasons which I talk about here. Today I remember and celebrate Dusty's life and music by sharing the rare solo version of the song "Wherever Would I Be?" This beautiful Diane Warren-penned ballad was originally released as a duet with Daryl Hall, and featured on what would be Dusty's last album, 1995's A Very Fine Love.

In the indispensable book, The Complete Dusty Springfield, author Paul Howes notes that:

"Wherever Would I Be?" wasn't initially intended to be a duet. Dusty recorded the song solo at the Nashville sessions and it was only later that the record company decided another voice should be added. . . . Without wanting to denigrate [Daryl Hall's] performance – the blond half of Hall & Oates has an impressive pair of lungs – Dusty's solo version is a much better record. Dusty worked on her vocals as a solo recording, line by line, probably syllable by syllable, and would doubtless have had a completely different approach to it had she known it was to have been a duet. . . . The solo version didn't make an appearance on A Very Fine Love but was a bonus track on a CD single. It was also used in preference to the duet on the 1998 Mercury CD Dusty, as well as [the four-CD box set] Simply Dusty two years later.

The video below which accompanies Dusty's solo version of "Wherever Would I Be" was created by TheMotownBoy, who artfully blends parts of the song's original music video with some wonderful archival footage of Dusty. This video is followed by an excerpt from Dave Godin's essay at the beginning of Sharon Davis' 2008 book A Girl Called Dusty: An Intimate Portrait of Dusty Springfield. Enjoy!

The trouble with "history" is that when you live through it, it is "now," and it is only after it has been distanced by time that you see it against a broader backdrop. I mention this because reflecting on Dusty Springfield today, I get all sorts of thoughts and perspectives which perhaps would not have occurred to me when she was at the height of her stardom. For not only was Dusty a vocalist and personality that people loved and admired, she was also a cultural icon . . . What I loved most about Dusty on the occasions I met her, was that there was nothing of the "star" about her. She radiated star quality for sure, but behind this she was charming, friendly and, amazingly for someone whom fame had touched, good mannered!. I wish that as she got older she had been given the opportunity to perhaps move into acting because I feel sure her huge emotional reserves could have been successfully channeled in that direction but, alas, it was not to be.

Like all great stars she had ambiguity; she sang and radiated warmth and affection, and yet, a tiny element of sadness and loneliness was also visible; a paradox that was perhaps more universally recognized on a subconscious level by her public than she or her record companies ever realized. When you become a star or a celebrity it is sometimes difficult to know just why this has happened, and it's easy to fret that one day you'll be "found out" and everyone will realize you are just another human being who happens to have a special and unusual talent. But it is a paradox which makes such people all the more loveable.

Dusty did not always have confidence in herself. She did not always cherish herself. And she was troubled by the gulf between what she had been told life was all about, and what life demonstrated to her it was really all about. . . Anybody can be a star if they are determined and ruthless enough, but to be a human being requires skill, talent and artistry. Dusty managed to be both, and being the one never compromised the other. 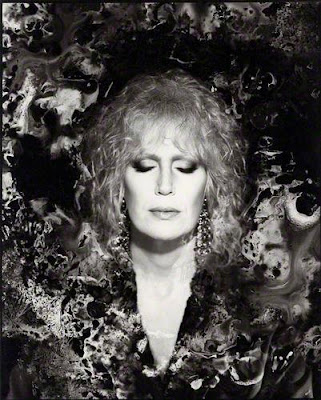 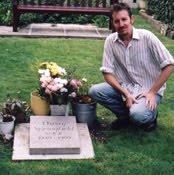 Thanks for that fascinating post on Dusty. Our BBC4 channel here in UK had a Dusty night a few nights ago, a documentary, and another with all her BBC appearances from various shows, and an episode of the 1969 series she did for them "Dusty", with Scott Walker as guest. I was trying to get a picture of them together but they didnt speak to each other!.
I was actually at the recording of one of these shows in 1969, and remember it vividly (I would have been 23) as something went wrong with the first number and she had to re-do it, so she was in a bad diva mood and was stomping around the stage!
I did a piece on her here, with other troupers like Streisand and Petula Clark, on my blog, which may interest/amuse you.
http://osullivan60.blogspot.co.uk/2013/03/super-troupers.html

Thanks for the link, Michael! I enjoyed reading about your celebrity encounters, and look forward to exploring your blog further.