Edward Sellner on the Archetype of the Double and Male Eros, Friendships and Mentoring 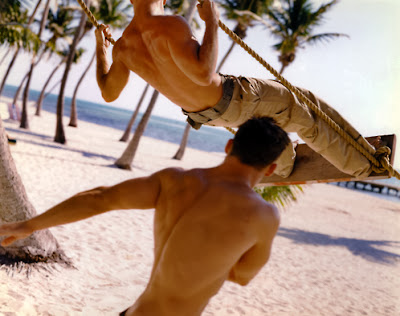 According to Lisa Wade in a recent Salon.com article, American men are facing a "hidden crisis" in that they are failing to make the same kinds of intimate friendships many women have – even though they want to.

When asked about what they desire from their friendships, men are just as likely as women to say that they want intimacy. And, just like women, their satisfaction with their friendships is strongly correlated with the level of self-disclosure. Moreover, when asked to describe what they mean by intimacy, men say the same thing as women: emotional support, disclosure and having someone to take care of them. Men desire the same level and type of intimacy in their friendships as women, but they aren’t getting it.

This lack of deep, intimate friendships has consequences, says Wade, as having a friend to whom you can disclose your feelings is a "major determinant of well-being."

I mention this article as earlier this year I had the honor of being invited to write an endorsement for a book all male bonding and intimate friendships. The book, entitled The Double: Male Eros, Friendships, and Mentoring – From Gilgamesh to Kerouac, is written by my friend and former college professor Edward Sellner.

Following is what I wrote about Ed's latest book . . .

The Double is a remarkable accomplishment as, with insight and verve, Ed Sellner illuminates the archetype of male bonding and relationships in contexts both ancient and contemporary. Weaving scholarship, informed analysis, storytelling, and personal sharing, Sellner takes his readers on a compelling exploration of a long-ignored archetype. It's a journey that affirms the energy that inspires and sustains a range of male-to-male relationships, including those of fathers, sons, brothers, friends, comrades, and lovers. In a world that routinely views the expressing of emotion between men as suspect, Sellner's The Double is a much need and healing balm. 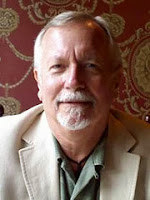 The double is, without doubt, an intriguing archetype. Early in his book Ed (pictured at right) reminds us that archetypes are "psychic patterns . . . constellations of energies, blueprints of basic human drives and qualities that we all share." Like all archetypes, the double has both a positive and negative side. As examples of the latter, Ed identifies a number of behaviors that are both self-destructive and harmful to others. These include sexual compulsiveness (including pornography), sexual abuse and lack of respect for other males' integrity and vulnerability, and the acting out of various narcissistic tendencies. In terms of the positive side of the double, Ed suggests that perhaps the most powerful symbol of male friendship and mentoring offered by the Christian tradition is that of Jesus and the "beloved disciple," a relationship that he devotes a chapter to in his book.

Throughout The Double Ed defines and celebrates eros as a transforming spiritual power of love and connection. In the excerpt I share below from The Double, this understanding of eros is explored within the context of "the ancients" – the Celts, in particular. I hope this excerpt provides a sense of the importance of Ed's book for our world today, a world in which, as Lisa Wade notes in her Salon.com article, so many men, especially in the industrialized west, are in crisis around their lack of guidance and support in developing intimate friendships with other men.

Ancient peoples, including the Greeks and Celts, were convinced that eros is a unifying power, a source of creativity and meaning, an opportunity for spiritual growth. It is definitely associated with attractions and needs, both physical and spiritual, which often overlap, especially when people are intimately involved or living in close proximity with each other. For warriors [such as] in the stories of Gilgamesh and Enkidu, Achilles and Patroclus, and Cú Chulainn and Fer Diad, the battles and wars in their lives brought them closer together than probably any other situation might, and because of their deep friendship as well as their crucial dependence on each other for survival itself ,any of them responded both emotionally and physically.

The ancients, especially the Celts, thus knew of the power of eros, acknowledging the inherent mystery of attraction and celebrating it in stories, rituals, and dance. They knew that attraction contains all sorts of elements – from childhood experiences, dream figures, fantasies, to the basic human need to touch and be touched. They knew too that. among both women and men, some might be more strongly pulled to the opposite or to the same gender as themselves, while some might be drawn to both. This, the ancients thought, was a matter of personality and taste, like the preference for red wine rather than white. They didn't divide people nor themselves as we do today into strict categories labelled "heterosexual" or "homosexual." They simply acknowledged erotic feelings in relationships when they became aware of them, and were often grateful for them as a sign of genuine love. They recognized that although eros can be expressed genitally, and at times self-indulgently, its presence is also a manifestation of the deeper levels of the soul, and the soul's needs for wholeness and meaning, friendship and community. They did not seek to demonize eros or erotic attraction as the later Christians did by turning the god Cernunnos into Satan himself, replacing the stag horns of the Celtic god of fertility in art, icons, and spiritual literature with demon's horns, tail, and cloven feet.

See also the previous Wild Reed posts:
Manly Love
A Fresh Take on Masculinity
Rockin' with Maxwell
Learning from the East
The Trouble with the Male Dancer