In the Garden of Spirituality – Beatrice Bruteau 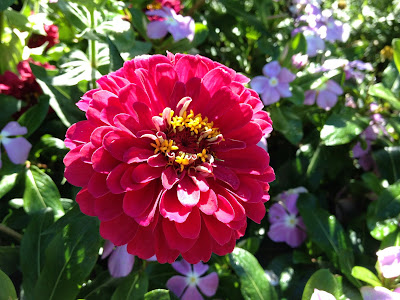 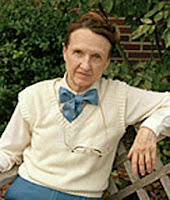 The Wild Reed’s series of reflections on religion and spirituality continues with an excerpt from a 2006 interview with Beatrice Bruteau (right) who, notes What is Enlightenment? senior editor Elizabeth Debold, is "a practicing Catholic whose evolutionary theory is a unique synthesis of the two great twentieth-century evolutionary spiritual pioneers of the West and East: the Jesuit paleontologist Pierre Teilhard de Chardin and the Indian sage and revolutionary Sri Aurobindo Ghose."


Somewhere deep down we are all filled with a mystical longing, with a longing for ultimate meaningfulness, and therefore we need to see all of our world in that context. To attain this in today's climate, we need a new theology of the cosmos—one that is grounded in the best science of our day. It will be a theology in which God is very present precisely in all the dynamism and patterns of the created order. A theology of evolution sees God as deeply involved in the evolutionary process of the world. God is making the world by means of evolution. And the evolutionary process in its turn is seen as striving toward God. So, you see, God is Self-expressing and Self-realizing in evolution.

. . . Deep reality is that place in the center of our being where we experience our existence in an unlimited way. The deep self is not defined, not described by any of the qualities of our bodies or personalities, by our histories or social positions, our jobs, or our religions. This is fairly hard to realize. We tend to think of ourselves, introduce ourselves to others, believe others are seeing us in terms of these qualities. In meditation and its associated practices, we try to center ourselves in our sense of existing without identifying with these descriptors. To the extent that we become accustomed to this, we may spontaneously behave in a new way.

You can see from this how our energy is affected. When we define ourselves in terms of our qualities, we have to devote energy to protecting them and trying to gain more valuable ones—more beauty, personality, wealth, power, social status. But if we liberate ourselves from such identity, then all that energy becomes available for the radiation of goodwill to others. We have realized ourselves as the Self that says only I AM, with no predicate following, not “I am a this” or “I have that quality.” Only unlimited, absolute I AM.

And the interesting thing is that as soon as you experience yourself this way, you at once find that you also are saying toward the whole world, “Let it be!” It seems to be the nature of that which is I AM to say, “Let it be.” This is the love that is called “agape.” Agape is the love that seeks the being, well-being, full being, ever-fuller being, of the beloved. It is a love that is not a reaction to the beloved but rather a first action, an action beginning in you, coming out from the center of your being because of the nature of your being. This energy of love is inexhaustible. It doesn’t have to be reserved or apportioned or used economically. It is plentiful, bountiful, enormous. It is a dynamic out-flowing activity, energy. It’s constantly in motion and radiant, like a star is radiant. It streams out from us in every way. The True Self in us is constantly radiating this willed goodness.

– Beatrice Bruteau
Excerpted from A Song That Goes on Singing:
An Interview with Dr. Beatrice Bruteau (2006) in
What is Enlightenment? via Catholic Coalition for Church Reform

NOTE: Under the auspices of the Catholic Coalition for Church Reform I recently developed and have started presenting a workshop entitled Companions on a Sacred Journey: An Introduction to Evolutionary Spirituality. (To learn more about this workshop and/or to schedule a presentation of it to your faith community, click here.) In this workshop I outline the characteristics or hallmarks of evolutionary spirituality by noting that such a spirituality . . .

• Encompasses a “theology of the cosmos” and thus a “theology of evolution” – a way of thinking and talking about God that recognizes and celebrates God’s presence and action within and through creation.

• Is mindful of and attuned to mystery, in particular the mystery of the sacred within all things.

• Is open and responsive to the questions posed by science and the unfolding reality of the universe.

• Places emphasis on inter-connectivity, inter-dependence, and the oneness of all creation.

• Is accepting of paradox and emphasizes “both/and” rather than “either/or.”

• Recognizes and celebrates that we are all participants in a “divine journey,” one that urges us to ever more inclusive states of being.

• Recognizes that we are in a time of transition and transformation, often understood as a “paradigm shift” in human consciousness. Because it calls for a fundamental change in our thoughts, perceptions, and values, this shift challenges us in how we think about and relate to God, the planet, each other, and all forms of human institutions, including the church.

See also the previous Wild Reed posts:
• Michael Morwood on the Divine Presence
• Prayer and the Experience of God in an Ever-Unfolding Universe
• In the Garden of Spirituality – Ilia Delio
• Sufism: A Call to Awaken
• Keeping the Spark Alive: Conversing with "Modern Mystic" Chuck Lofy