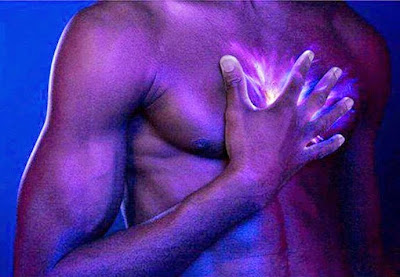 Following is a third and final excerpt from Michael Morwood's 2013 book It's Time: Challenges to the Doctrine of the Faith. To start at the beginning of this series, click here.

An appreciation of the universality of the Divine Presence challenges us to move from the traditional understanding of "God" as a divine Super Person who thinks, reacts, needs to be worshipped, keeps a record of wrongs, withholds forgiveness and access to "Himself," and rules over the world. Most of us were so steeped from early childhood in the imagination and belief about "God" as a deity in heaven that we failed as adults to stop and think about what we are imagining and from where this imagination comes from. We are taught to pray to a "God" who thinks about whether to respond. We learned a creed about a "God" who lives somewhere else and sent his son down to us. We were never educated to question the images on which these concepts were based.

It is time to move on from belief in a heavenly God whose thinking and actions mirror our rather primitive human ways of thinking and acting. We humans regard our conscious awareness, our capacity for reflective thinking, as the greatest by-product of the universe. We have consistently transferred our way of thinking onto a God, as if by having a God who thinks and loves and acts as we do, we are somehow expanding our appreciation of the Divine Presence. In fact, what we are doing is limiting our understanding and appreciation of the Presence as Mystery. It is time to stop telling a story about a God in heaven who did this and that, and who thinks this and that. The awesome, mysterious, Divine Presence is far beyond all that.

In one sense, there is nothing new in what is being said here because Christianity has always proclaimed that "God is everywhere." What is new is the scientific data we have as pointers to the Divine Presence all around us. Attention to the way energy and consciousness operate throughout the universe can lead to a deeper faith perspective that enables us to appreciate that everything around us is "charged' with the Divine Presence. We can have a heightened sense, a clearer conscious awareness, that the universe pulsates with, gives expression to, the Divine Presence.

Thousands of years ago, humans had a sense of this Presence all around them. Then, a major shift occurred. Formal religion took this Presence from the earth and placed it in the heavens in the form of gods. Later development in religious thinking led the Hebrew people to imagining and believing there was only one god, an Almighty God who ruled from above.

Formal religion took its mind and eyes and heart off the here and now and focused instead on notions of separation and on the need for mediators and priests with special powers to access the heavenly God. Formal religion established systems that made people dependent on middle-managers who could access God for them and tell them, with unquestioned authority, what God's thoughts were on almost every aspect of community life.

And all the while, the Creative, Divine, Energizing Reality, this incredible Presence that brought the universe into being, was really here on earth, being expressed in peoples' lives. The Presence did not and could not move from here. Only formal religion could make people believe otherwise.

There is a widespread shift in consciousness among people today, a shift that reflects and gives expression to the Divine Presence embedded in everything that exists. It is about people breaking free of religious images and creeds and beliefs that lock them into thinking the "next life" is what really matters. It is the growing awareness that "salvation" for the world is not about access to a heavenly God. It is about being attentive to how the Divine Presence is expressed in the human endeavor and how, in the words of Jesus, we are to make "the kingdom of God" evident in the human community.