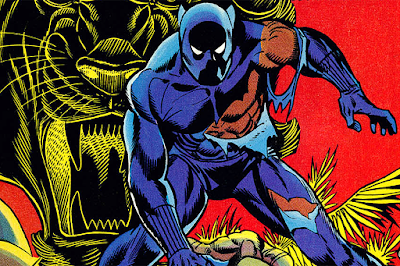 "More than any other golden age comic creator, Lee’s characters put blackness and the black experience at the forefront."

Over at The Root, Jason Johnson has a heartfelt and insightful appreciation of comic book writer, editor, and publisher Stan Lee, who died this past Monday at the age of 95. In his appreciation, Johnson explores how Lee, the creator of, among numerous other superheroes, Black Panther, "taught a generation of black nerds about race, art and activism." Following, with added images and links, is an excerpt. 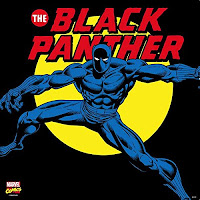 Over the next 24 hours you’ll hear how Stan Lee is credited with creating Daredevil, Thor, Iron Man, Ant-Man, Dr. Strange, the Wasp, the Hulk, the Avengers, the Fantastic Four, Spider-Man and, of course, Black Panther. What you won’t hear as much is how he was screaming from the rafters about racism and discrimination while providing a curriculum for black kids like myself when public schools and all other forms of pop culture summarily shut us out.

Stan Lee didn’t just develop the modern superhero, he brought activist heroes and storylines to the mainstream when most other white publishers let alone newspapers were still playing footsie with Nazis, terrorists and bigots. 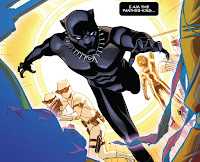 It is hard to overstate how important Lee is to black kids growing up in the 1980s and ’90s, back when comic books were considered a “white” thing. I have literally teared up a few times while writing and thinking about how much joy he brought to youngsters like me, and how much his passion and excitement for comic books helped validate this hobby and the culture that goes with the genre. More than any other golden age comic creator, Lee’s characters put blackness and the black experience at the forefront.

. . . Lee’s creations seamlessly integrated “blackness” into comics in a way that was revolutionary and organic all at the same time. 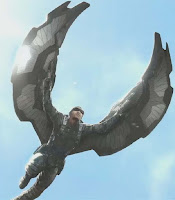 Peter Parker was a poor, white kid who was mentored by his black editor at the Daily Bugle newspaper, Robbie Robertson. Captain America’s best friend was the Falcon (played by Anthony Mackie in the movies [right and below]) who wore technologically advanced wings built by Black Panther (in the comics). Black Panther was the king of a super technologically advanced, never-conquered, African nation called Wakanda that introduced me to afro-futurism before I even knew what afro-futurism was. Stan Lee created all of those black characters, from kings to sidekicks; from father figures to managers. 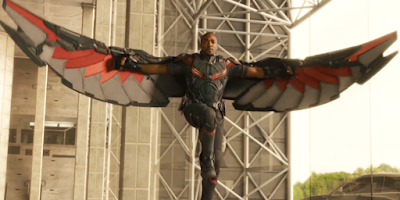 It wasn’t until later in life, when I started studying and teaching about comics instead of just reading them, that I learned that none of this was a fluke. Stan Lee was an activist artist, a Jewish guy born to Romanian immigrant parents in New York who hated bigotry. He was explicit about it in his Stan’s Soapbox editorials that ran across all Marvel Comics. He called bigots “Low IQ Yo-Yos,” he said that anybody who generalized about blacks, women, Italians or whoever hadn’t truly evolved as a person.

He was doing this in comic pages when mainstream newspaper editorials were still deciding if black folks should be able to live where they wanted. When Marvel Comics were afraid that the Black Panther character would be associated with the Black Panther political movement, Stan Lee pushed for T’Challa to keep his name (at one point they wanted to call him Coal Tiger). All of this at a time when even having a black person in a comic was still considered controversial. 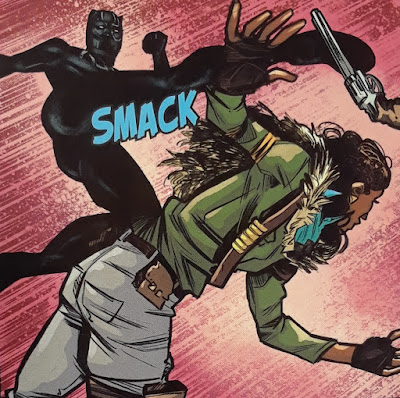 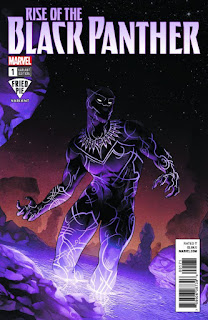 . . . Stan Lee [showed me] that a love of art and politics didn’t have to exist in separate universes; that blackness was as heroic as anything else; and that when you have power – even just the power to draw a few characters on a page – you have a responsibility to make those characters count for something.

Lee would end most of his personal appearances and cameos with “Excelsior” — the Latin phrase that translates roughly as “higher.”

Thanks for all your help, Stan Lee. I hope you’re out there somewhere exploring the cosmos, swinging from the ceilings, knowing that you made the world a better place.

To read Jason Johnson's appreciation of Stan Lee in its entirety, click here. 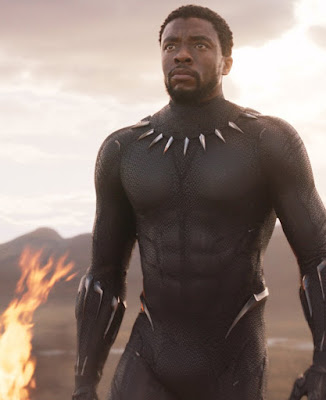 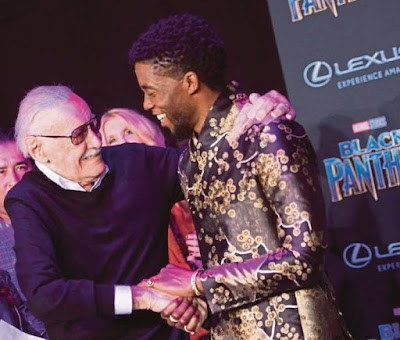 Above: Stan Lee and Chadwick Boseman at the premiere of Black Panther earlier this year.

See also the previous Wild Reed posts:
• The Important Cultural Moment That Is Black Panther
• Celebrating Black Panther – Then and Now
• "Avengers Assemble!"
• Wolvie
• Season of the (Scarlet) Witch
• One Divine Hammer
• What the Vatican Can Learn from the X-Men
• The New Superman: Not Necessarily Gay, But Definitely Queer

Great tribute! The pictures add to this post, Excelsior!!!! By the way, when will you do the midterm review post? I know you're settling into your new post at Mercy Hospital. Will there even be a midterm post?

Thanks for your positive feedback. . . . As for a "midterm review" post, I think I'm going to settle with my November 7 "Quote of the Day" (along with that post's "related links") as my response to the midterms.