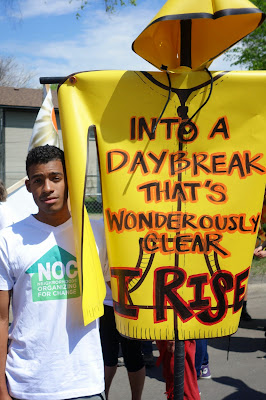 Last Sunday, May 3, 2015, my friends Tim and Raul and I attended the 41st annual In the Heart of the Beast Theatre's MayDay parade in south Minneapolis. This year's theme was "And Still We Rise." It was inspired by Maya Angelou's poem, "Still I Rise," and by the local and national work of the Black Lives Matter movement.

We rise to END any and all forms of racial oppression. So that all can breathe full and limitlessly and know they are free and divine. YES!

We rise so that the legacy of slavery and oppression will not live on anymore. Not in the prison industrial complex or racial profiling or state-sponsored violence or senseless killing or ignorant stereotypes or hateful confusion or soul depression or greedy indifference. This stops NOW.

We rise to heal the dis-ease of racism in all our hearts and the collective heart of the United States of America! We rise with galvanizing fire so that all the pain and sacrifices of our ancestors can be fully vindicated and freedom fully arrives! YES!

We rise so that all can know a free heart when walking in the streets. We rise so all can lay in the shade of the Tree of Life, feeling luscious breezes and warm kisses knowing all are loved to their core. YES!

As I've done in previous years attending MayDay, I spent time before the parade in its staging area. That's where the images in this first of two MayDay 2015 posts were taken. Enjoy! 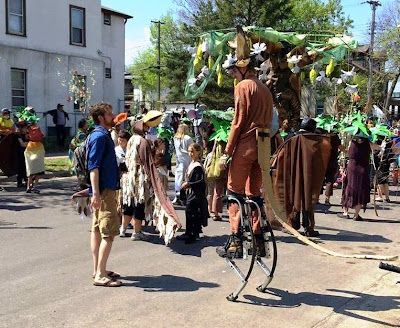 Above: My friend Raul snapped this photo of me talking to a young man (also pictured below) who was dressed as a kangaroo! 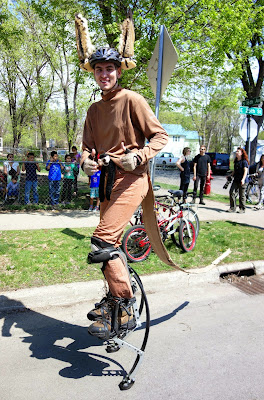 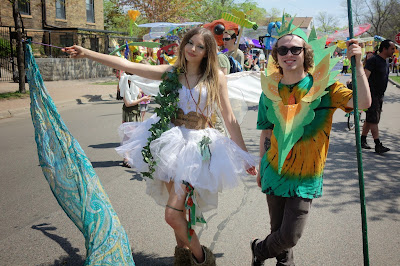 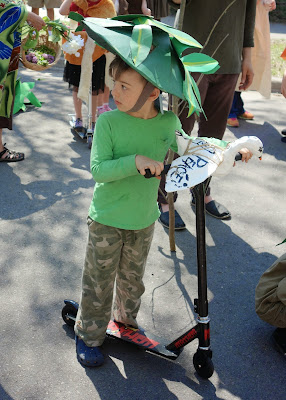 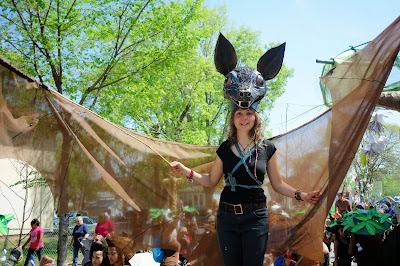 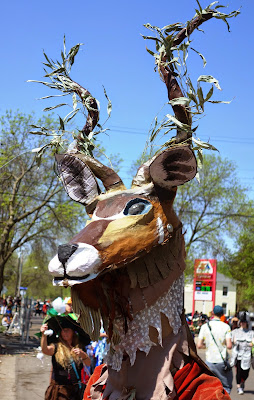 Above: A kudu! I must say the guy under this mask was quite impressed that I knew what type of African antelope he was dressed as.


Note the good folks at In the Heart of the Beast Puppet and Mask Theatre:

Puppetry's power lies in the act of transformation -- of bringing something inanimate to life. This act in itself speaks to our lives, which rise and fall and rise again. As we share this act of building and performing, we find that art brings people together. It creates and expands community. 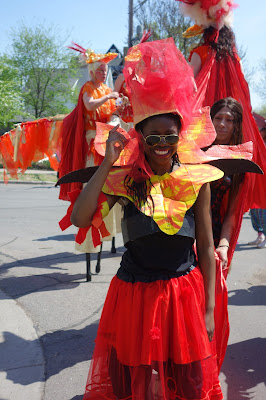 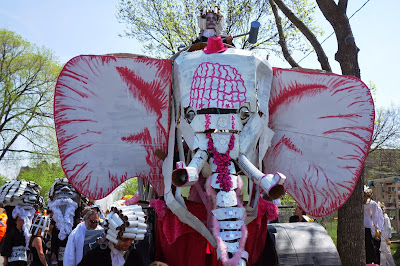 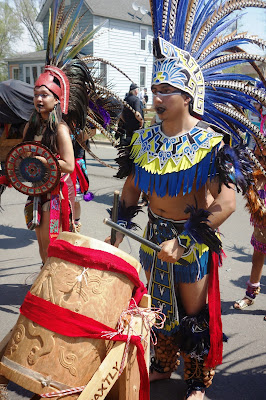 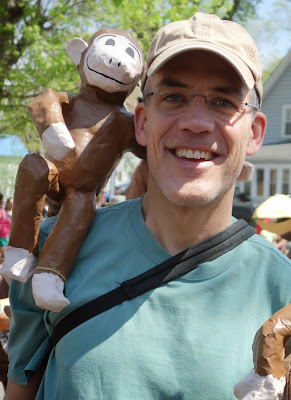 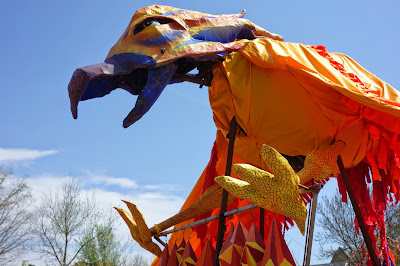 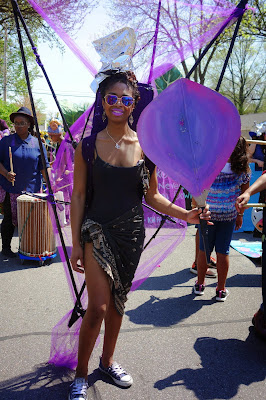 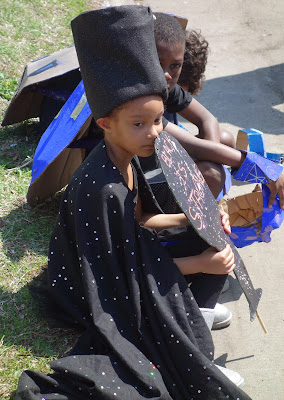 Above: "Black is Sacred" is the message on this young boy's sign. 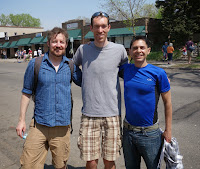