Buffy Sainte-Marie's Lesson from the Cutting Edge: "Go Where You Must to Grow" 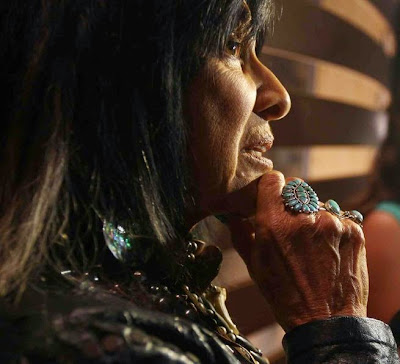 The Wild Reed's special countdown to the May 12 release of Buffy Sainte-Marie's latest album, Power in the Blood, continues with the sharing of Stuart Derdeyn's recent article in which he interviews the legendary singer-songwriter.

NOTE: For the first installment of this series, one that contains a link to NPR's "First Listen" of Power in the Blood, click here.

The Province
April 22, 2015
Calling Buffy Sainte-Marie just a folksinger is like saying Herbie Hancock is a piano player.

The Piapot Cree First Nation bandmember born in Qu’Appelle Valley, Sask., is indeed a folksinging legend. She is also an educator, pioneering computer music composer, lifelong activist, an Academy Award, Golden Globe and JUNO award-winner and an officer of the Order of Canada. 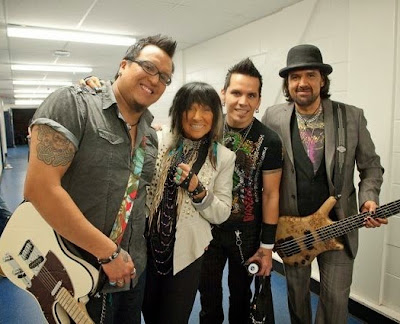 The 74-year-old is on a world tour in support of her 18th album, the explosive Power In The Blood.


“I just got back from an around-the-world trip in two and a half weeks; from my home in Hawaii to Australia, Hong Kong, London, Scotland, Wales, Ireland, Los Angeles and back again,” says Sainte-Marie. “Travel-wise, it’s not my favourite thing, but I love performing and learning.”

Power in the Blood is her first new recording since 2008’s Running for the Drum. 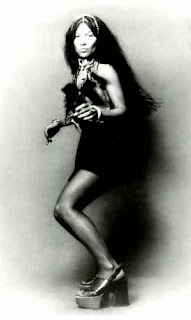 After a run of influential and popular recordings in the sixties to the early seventies, she suddenly found she’d hit a wall. Like many of her peers, her music was under unofficial no-play blacklist in the U.S. owing to participation in the anti-war movement, aboriginal and women’s rights and environmentalism.

“I didn’t find out until decades later, and at the time really just thought I’d had my run and perhaps it was over,” she said. “It happens enough in this business. I just kept doing.”

She joined the cast of Sesame Street in 1975. Doing her part to teach viewers about Native Americans and Big Bird duets were another step in her artistic evolution. The writer of such classics as "Universal Soldier" and "Cod'ine" says the program reinforced her belief in music’s educational value. 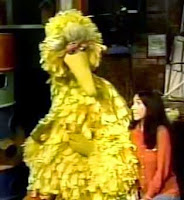 “If you can engage someone in an intelligent topic with a song under three minutes, it’s marvellous,” she says. “The show does it over and over still today; it’s one of the coolest ever.”

The same could be said of Sainte-Marie.

In the late sixties, her album Illuminations was one of the first to exclusively use a synthesizer. She continued to explore electronic music, and in the early eighties was using first-generation Apple products producing both albums and visual arts. In 1997, she founded the Cradleboard Teaching Project, a tech-savvy curriculum promoting self-identity and cultural pride among Native American students.

There have been ups and downs on the cutting edge.

“I learned a valuable lesson from consistently being years ahead of trends, which is that if you do something too early, you may waste your material,” she says. “Go where you must to grow and develop your art, but a lot of old songs are better brought forth today as the content is on people’s minds now.” 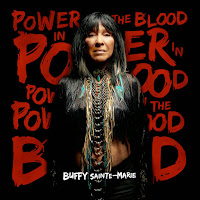 Power in the Blood’s opening track "It’s My Way" is proof of that. The title track to her debut 1964 recording is one of a few reworked tunes on the new album which bristle with a renewed, contemporary energy. The pulsing EDM of the title track comes courtesy of collaborating with the group Alabama 3 of Sopranos theme song fame. From the big soul blues of her formerly folky "Not the Lovin’ Kind" to a shout out to the Idle No More movement by altering the lyric on a cover of UB40’s "Sing Our Own Song," the dozen tracks on Power in the Blood showcase an artist comfortable in all genres. One who is angry and fresh as possible.

Even back-porch country makes the session with "Farm In The Middle Of Nowhere."

“I don’t think songwriters, at least not me, think about what brand a song will be,” she says. “The initial idea was something like a Mike Campbell riff, à la Tom Petty. Then my son — who goes to Berklee School of Music — had a bunch of old time/bluegrass style musicians over and we did a version of it which worked and, when the two came together, it had this Mark Knopfler vibe I kept.”

From the music to the lyrical content, Sainte-Marie knows exactly what she wants to say on Power In the Blood. Songs such as "We Are Circling," "Generation" and the closing number "Carry It On" are rallying cries to community action on topics related to food health, planetary stewardship and the future of humanity. A longtime pacifist, she believes there is a global shift in awareness around these issues.

“Sure, I sound pissed[-off] on those songs and I also sound slightly frightened,” she says. “But then I have always had this natural snap-back to a neutral position to see the positive in things. I believe we’re coming around to global understanding of the urgent need for action on these issues.” 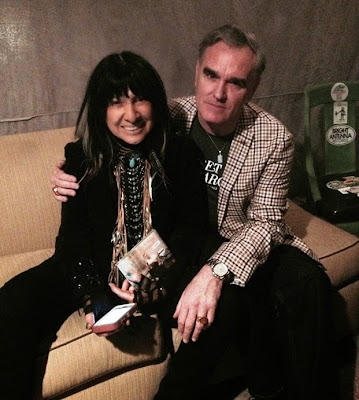 It’s not hard to get caught up in her relentless positivity and easy laughter. One can only wonder how this giggling powerhouse found touring with Morrissey.

In one popularly tweeted photo of the two musicians, the eternally moribund Mancunian almost looks like he’s smiling.


NEXT: Buffy Sainte-Marie: "Sometimes You Have to Be Content to Plant Good Seeds and Be Patient"