For Buffy Sainte-Marie, a Well-Deserved Honor 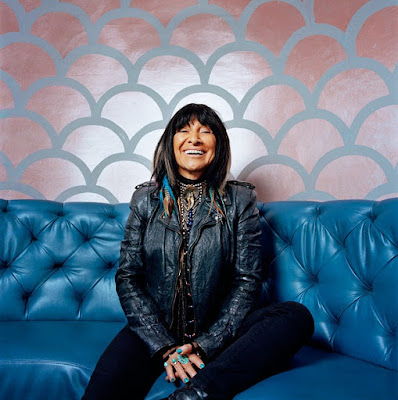 AcousticGuitar.com reports that the Americana Music Association has announced the recipients of its Lifetime Achievement Award. They include Don Henley, Gillian Welch, David Rawlings, Ricky Skaggs, Los Lobos, and one of my all-time favorite singer/songwriters, Buffy Sainte-Marie.

The winners will perform at the Americana Honors and Awards Show on September 16 at the Ryman Auditorium in Nashville, which will be aired on PBS.

"These artists have not only influenced the Americana community, but the musical landscape on the whole," writes Jed Hilly, executive director of the Americana Music Association, a non-profit trade organization that promotes American roots music around the world. "They all have been an inspiration to our community and we are humbled they will honor us in song at the Ryman this fall."

In a statement, the Americana Music Association outlines the contributions of each artist and identifies which award they'll receive. Following is what the AMA says about Buffy. 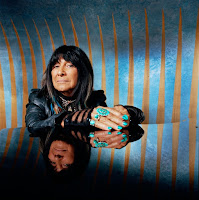 Buffy Sainte-Marie will receive the Spirit of Americana Award, Free Speech in Music co-presented with the First Amendment Center. Since the 1960s, Buffy Sainte-Marie has been arguably the world's most visible and vocal Native North American folk singer and social activist, but she's been so much more, including a visual artist with a PhD in fine art, an educator and a philanthropist. She is a Cree Indian from Saskatchewan who was raised as an adopted daughter in Massachusetts. She became a prominent artist on the folk music circuit, appearing on Pete Seeger's Rainbow Quest, The Johnny Cash Show and even Soul Train. Her songs wrestle honestly with politics, war and identity. At her most effective, she's blended personal conscience with philosophical perspective, as with the remarkable song "Universal Soldier." [Other examples include "Priests of the Golden Bull," "Bury My Hear at Wounded Knee," "No No Keshagesh," "Working for the Government," "Power in the Blood," "The Uranium War," and "Carry It On."] Sainte-Marie remains outspoken and energetic to this day; she's back on tour with the new album Power In The Blood, her first studio project in seven years.

Congratulations, Buffy! It's a well-deserved (and long-overdue) honor, and I'm definitely looking forward to the broadcast of the September 16 Americana Honors and Awards Show and, in particular, Buffy's performance in this concert.

Of course, along with her inspiring and fiery songs of social conscience, Buffy Sainte-Marie is also renowned for her "love songs," many of which have been recorded by other artists, from Elvis Presley to Barbra Striesand. These songs include "Guess Who I Saw in Paris," "Until It's Time for You to Go," "Take My Hand for a While," "Can't You See the Way I Love You," "Up Where We Belong" (for which she won an Oscar in 1983) and "To the Ends of the World". Another example of this type of song happens to be one of my favorite tracks on Power in the Blood. It's the electronica-flavored "Love Charms (Mojo Bijoux)," and you can hear it below. Enjoy!