Diarmuid O'Murchú on Our Capacity to Meditate: "A Gift Bestowed Upon Every Human Being" 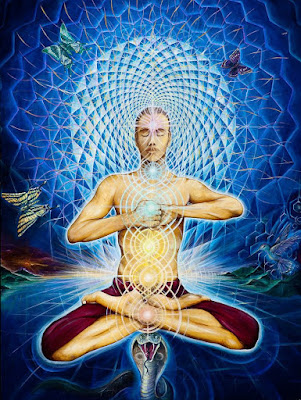 One of the spiritual practices I'm attempting to cultivate this Advent is meditation. In researching this practice I discovered that Diarmuid O'Murchú highlights the revival of meditation in recent decades in his book Reclaiming Spirituality: A New Spiritual Framework for Today's World. In doing so, he provides the following helpful definition.

What in the early part of [the twentieth-century] was considered to be the reserve of those specially dedicated to God in monasteries and convents, has now been reclaimed as a divine endowment bequeathed to all humans.

The desire for, and capacity to meditate – that is to become quiet and centered around an inner core of meaning – is a gift bestowed upon every human being. It is a dimension of the divine seed sown in the heart of each person, awakening a desire to be centred, realigned to the fundamental mystery of existence, at peace with reality. a sense of home-coming to one's true self. Whether pursued in an Eastern or Western form, against a Christian or Buddhist background, is of relative importance. This is a wisdom and a prospensity that cannot, and should not, be reduced to the dictates of any one, or even all the formal religions.

Although meditation is an innate, God-given propensity, it does require gentle and enlightened tutoring. It is a powerful medium of inner growth which awakens forces of light and darkness. It can easily become a self-delusory and self-destructive ego-trip. In learning to meditate, we need the guidance of experienced, centred teachers, people who themselves are immersed in the practice (and not just in the tradition – although that, too, is helpful) of what they are seeking to share and communicate. Many of the outstanding guides of our time, people like J. Krishnamurti, Ram Dass, Shunryn Suzuki Roshi, Kalu Rinpoche and Thich Nhat Hanh, belong to the great Eastern faith traditions where the practice of meditation carries a sacred history thousands of years old, long pre-dating the emergence of formal religions.

For many spiritual seekers of our time, the most meaningful prayer or ritual experience is a space for centering prayer or meditation, done in the presence of a group on a regular basis. The frequency tends to be once a week, on the understanding that the person meditates on one's own at least once a day. The group dimension seems to create a coherence and affirmation of the integration within, and the harmony without, which seems to be the primary achievements of this ancient practice.

See also the previous Wild Reed posts:
• Happy Birthday, Mum! (includes Thích Nhất Hạnh's thoughts on walking meditation)
• Prayer of the Week – November 23, 2015
• The Source is Within You
• The Ground Zero Papal Prayer Service . . . and a Reminder of the Spirituality That Transcends What All the Religions Claim to Represent
• Prayer and the Experience of God in an Ever-Unfolding Universe
• In the Garden of Spirituality – Anthony de Mello
• "Joined at the Heart": Robert Thompson on Christianity and Sufism
• Sufism: Way of Love, Tradition of Enlightenment, and Antidote to Fanaticism
• As the Last Walls Dissolve . . . Everything is Possible
• The Most Sacred and Simple Mystery of All 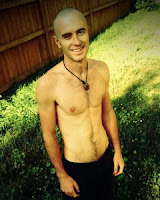 Artwork: Joseph Skala (right), about whom SolPurpose.com notes the following.

Artist Jösêph Skålå was born in Durango, Colorado. The son of two incredibly talented artists, it seemed from the start it was his birthright to paint the beautiful landscapes he was born into. A master at many things in his life, Jösêph found his deepest solace in the strokes of his paint brush. As a young man with a sensitive nature and a deep understanding of the world around him, he questioned society and the disrespecting of the natural planet. He began to look within for ways to bring healing. Jösêph’s healing consciousness is transmitted through his art. It acts as a bridge from mind to heart, mirroring the evolutionary journey of spirit through the eyes of the viewer.

Jösêph relays waking life reality transmission through the vajra paintbrush. Through a great reverence for his craft and the channels in which he receives his downloads, Jösêph brings live art to a new visionary galactic level. By encouraging being to exist in the heart space he creates an atmosphere and summons an energy that draws people to gather around his he(art) process while he connects them closer with their reality avatar. Jösêph’s deep connection to his art and his keen ability to share the stories that connect our collective consciousness allows others to receive dreamlike inspiration in a way that encourages them to follow their own bliss.