Glenda Jackson on the Oscars, Acting, and Politics 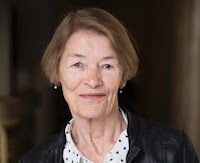 I've discovered I've developed zero tolerance for the Academy Awards or "Oscars." For one thing, I've come to see the whole Oscars nomination process as a glorified high school popularity contest. It's a "high school" dominated by white men of a certain age. One major consequence of this is the lack, year after year, of racial diversity in the slate of nominations. It's just become too much.

But then the whole idea of competitively pitting artists and artistic expressions (such as films) against one another just seems ridiculous. Glenda Jackson, a two-time Oscar winner, agrees. Here's what she said in 2012 about the Oscars.

You don't win them . . . the people who win are, I suppose in a sense, the people who voted for you, because their choice is the one that had the biggest number. But . . . you know, what do they mean? Someone said it's like winning a gold medal. No, it isn't. In the Olympics, everybody starts at the same point, they know exactly where the finishing line is, and you either get there first or you don't. Acting isn't like that. . . . There are people who should have got [recognition] but never did because their part wasn't showy enough. [Awards] certainly don't make you act any better.

And to British TV host Graham Norton, Jackson said in 1999:

My mother had all my awards and she used to polish them to within an inch of their life. And it wasn't very long before all the glitter on the Oscars disappeared and its just base metal underneath, which I think is quite a nice analogy for what they're about.

As you may know, Glenda Jackson retired from acting in the early 1990s to pursue a life in politics. Twenty-five years later, here's what she said about the link between acting and politics.

The best drama tries to tell the truth, tries to find and tries to tell the truth. The prime example, of course, is Shakespeare. It doesn't matter where he sets the play, where the story is, essentially all he's asking is: Who are we? What are we? Why are we? . . . And I think that's what the best politics is trying to find. It's how do you democratically create a society in which the individual can be that divinely-created individual but where there is an approach, a shared acceptance of the basic realities of what it is to be a human being. And the basic reality of being a human being is not all sweetness and light. It's how you manage to coordinate what is best.

. . . Really good acting is like peeling an onion. . . . You're trying to find out what is truthful about being a human being. And for me the best politics is always trying to define, divine, in the sense of digging something up, what is the truth about the way a country is structuring itself, what are our basic fundamental principles, [when] are we prepared to say: This is our red line. We're not going over this one.