Journey to the Southern Highlands & Tablelands 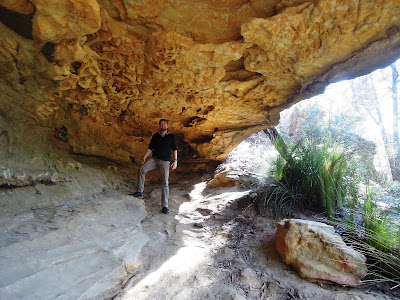 The day after my July 27 visit to Sydney's Taronga Zoo, I boarded a train at Central Station (right) to the Southern Highlands and Tablelands area of New South Wales – a journey by rail of around two-three hours.

The main towns of the Southern Highlands include Mittagong, Bowral, Moss Vale, Bundanoon and Robertson as well as the historic town of Berrima. The two major centers of the Southern Tablelands are Goulburn and the nation's capital, Canberra.

Writing about the indigenous peoples of the area, Philip Morton of the Southern Highlands News notes the following. 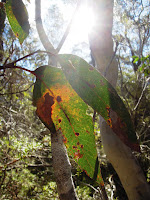 The [Wingecarribee] shire's whole eastern district was known as the "Yarrawa Brush" by early settlers. For at least 40,000 years it was inhabited by Aboriginal people. These were either the Gundungarra or Wodi Wodi, or both, as it is impossible to ascertain exact boundaries. The Dharawal people, who also had an association with the district, may have travelled through the area.

Gundungarra lands extended from the Wingecarribee/Wollondilly Rivers to Camden in the north, Goulburn in the south, and west to the Blue Mountains. The Wodi Wodi people occupied the Illawarra region and it is believed they lived on the coastal plain when fish and other seafood were in abundance and climbed the escarpment to the highlands at other times to trade and socialise.

. . . In the Kangaloon area the Indigenous way of life is evidenced by examples of rock shelters, middens, paintings, stencils, axe grinding marks and tools, as well as trees that have been scarred or carved with particular totems. Many of the creeks and swamplands in the Eucalypt covered sandstone terrain show evidence of stone axe grinding marks. A short distance away at Carrington Falls there is much evidence of markings, while at Belmore Falls there is a large red ochre painting of a spirit like figure, as well as a painting of eels, in a rock shelter. 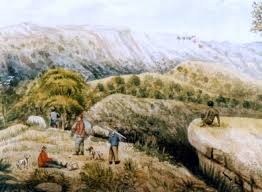 Above: With assistance of local Aborigines, surveyor Robert Hoddle found a way in 1831 from Bong Bong through Yarrawa to the coast. He later painted this watercolour, the original of which is in the State Library of New South Wales. (Photo: BDH & FHS)

Local Aborigines accompanied the early explorers of this district but were rarely given credit for their efforts. Dr Charles Throsby, who always took some local guides with him, did record their names for places, mountains, hills and rivers, as did Major Thomas Mitchell, Surveyor General. Fortunately, as a consequence, we still have some indigenous words preserved in local place-names such as Wingecarribee, Burradoo, Mittagong, Bong Bong, Bowral, Bundanoon and Nattai. Aboriginal linquist, Frances Bodkin, believes that the Gundungarra word for Wingecarribee was winge karrabee karrabee, winge for fire and karrabee for wild, therefore meaning a place of "many wild fires." 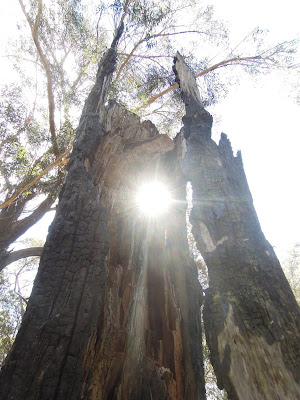 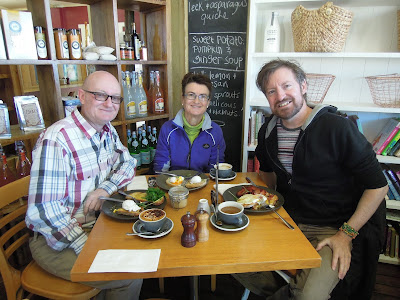 Above: At the Exeter General Store in the Southern Highlands village of Exeter – Saturday, July 29. I'm with my good friend Kerry and her boyfriend Max. 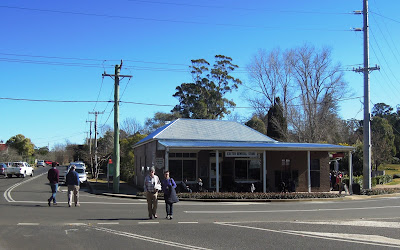 Above: The Exeter General Store. 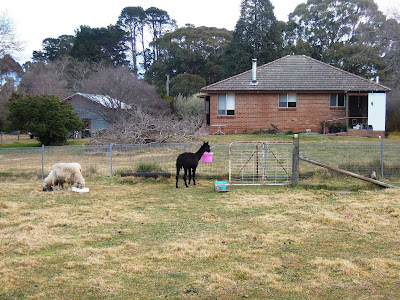 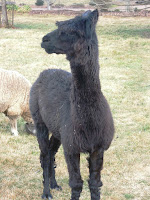 Above: Kerry lives in a farmhouse on a small acreage just outside of Exeter. She lives here with her two cats, two sheep, and an alpaca named Nigel (right).

Exeter is located 50km northwest of Goulburn, the rural city where I lived and taught for six years before relocating the the U.S. in 1994. 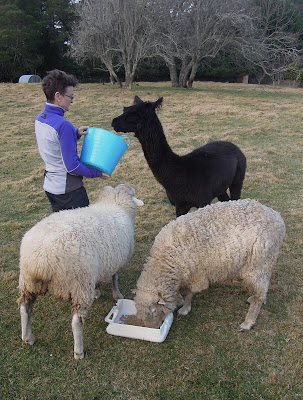 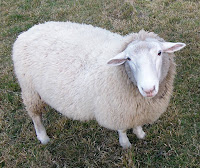 Above: Feeding time on Kerry's farm!

All the animals are very friendly . . . and perhaps even remember me from previous visits (see here here, here and here). 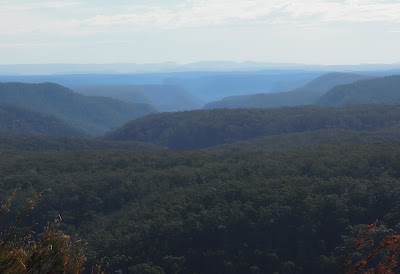 On Sunday, July 30, Kerry and I visited Mount Alexandra, just outside the Southern Highlands town of Mittagong.

Above is the view looking northwards from Mount Alexandra's Katoomba Lookout. 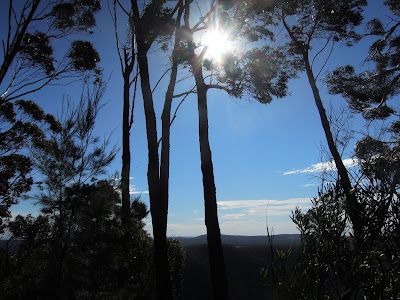 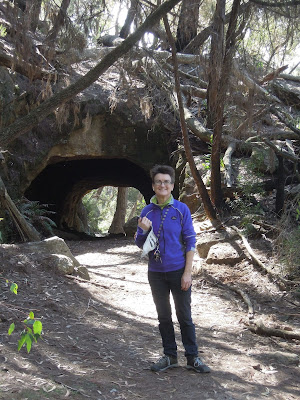 Above: Kerry at what is known as the coke tunnel, once used by the area's coal industry. 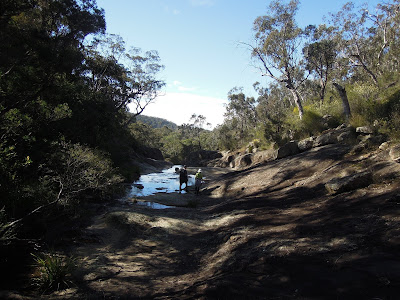 Above and below: Making our way to 40 Foot Falls. 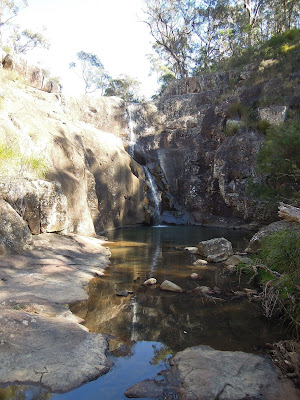 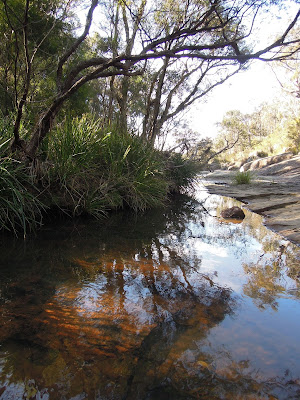 NEXT: Part 2 – Bundanoon and the
Sunnataram Forest Monastery