Back in April 2011 I started a series of posts highlighting well-known straight men who, regardless of the risks to their careers and popularity, courageously chose to publicly support LGBT people and their civil rights. To date, The Wild Reed's "What a Man!" series has spotlighted eight sportsmen (Ben Cohen, Sean Avery, Hudson Taylor, Nick Youngquest, Chris Kluwe, Brendon Ayanbadejo, Nick Symmonds, and Andrew Ference) and one U.S. Republican politician (John Kriesel). 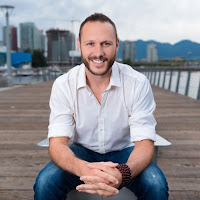 This evening I'm shifting the focus of the series somewhat by highlighting the efforts of Connor Beaton to change the archaic and dangerous patriarchal model of masculinity, one that is sometimes referred to as "toxic masculinity" and which is harming all of us – men and women, queers and straights. Connor is undertaking this important work primarily through his organization ManTalks, which Jules Schroeder, writing in Forbes magazine, describes as a "movement to evolve men and women through authenticity, community, purpose, and accountability."

Following is how Connor describes his organization and its goals. 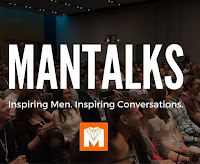 ManTalks is a space for the modern man to work on himself. It's a bunch of different mediums but at the heart and center of it is an organization committed to helping build better men by creating a space where men get to show up, without it being a threat to society, and connect with a group of like-minded guys who are willing to call them out on their bullshit; that are willing to say, "That's actually not okay." [Through this] we try and find a more balanced, healthy version of masculinity that isn't destroying or hurting people, but also that isn't a pushover. 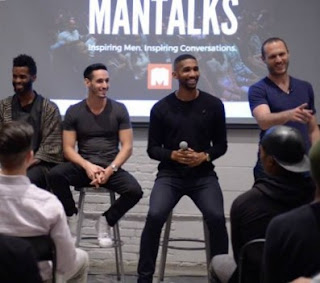 When I started creating that opportunity for other guys, they were like, "Yes, this is what I've been missing. I've been missing this real connection, these real conversations, these things that are meaningful outside of the booze, babes, and bloodsports that we normally talk about. Because that's what a lot of guys are looking for. They're dying, literally dying to have connection in their life.

And that's what Connor and ManTalks are providing: life-giving (and life-saving) connection. Yes, indeed, What a man!

Here's more about Connor and his efforts to create a new understanding of masculinity . . .

Labels: Masculinity, What a Man