In the Garden of Spirituality – David Richo 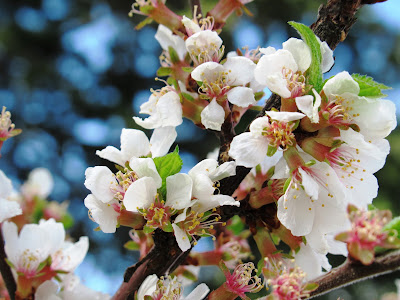 The Wild Reed’s series of reflections on religion and spirituality continues with an excerpt from David Richo's book How to Be An Adult in Faith and Spirituality (2011).

The literal facticity of a story is necessary in fundamentalist religions. This view does not allow for the bigness of truth that transcends fact, what literally happened, in favor of a larger metaphorical meaning. This does not mean that some religious events did not really happen but rather that they are meant to be seen as happenings that are still in evidence in our lives today.

[. . .] A religion with all the answers may fall prey to the admonition of Abraham Maslow, who wrote, "Most people lose of forget the subjectively religious experience, and redefine religion as a set of habits, behaviors, dogmas, and forms which, at the extreme, becomes entirely legalistic and bureaucratic, conventional, empty, and in the truest meaning of the word, anti-religious." This statement is reminiscent of Allen Ginsberg's pithy statement: "Absolutes are coercion."

A good poem leaves us with unanswered questions. Then we find room for our central ineradicable and universal human longing, the journey toward personal meaning. A religion that is suspicious of pilgrim journeyers will not appeal to adults on such a venture. An adult looks to a religion that does not explain reality since that is a closing. An adult seeks a religion that illuminates reality because that is an opening. Faith is always about opening.

Religions that are healthy do not tie an individual to one way but offer variety to their devotees. In the Bhagavad-Gita (4:11) we hear Krishna, the Hindu god of love, say, "In whatever way people come to me, even so do I accept them. Whatever path they choose is mine." In [the] Western tradition we hear Sir Gawain in the Quest for the Holy Grail, "Let us set forth to behold the Grail unveiled." The knights "though it a disgrace to go forth [in the same direction]. Each entered the forest at a point that he himself had selected, where it was darkest and where there was no way or path." To be individual is to seek our own path into life's mystery.

– David Richo
Excerpted from How to Be An Adult
in Faith and Spirituality
pp. 19-20