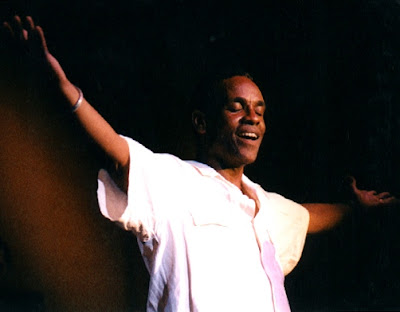 For "music night" this evening at The Wild Reed I share "If Not for Love" by singer and actor Carl Anderson (1945-2004). Written by David Foster and Linda Thompson, this particular track is from Carl's 1992 album Fantasy Hotel. 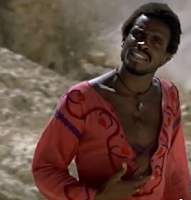 I dare say that for most people, Carl is best remembered for playing Judas in the Broadway and film versions of Jesus Christ Superstar. Beyond this memorable role, however, Carl had a long and prolific (if not always commercially-renowned) career in music. Among discerning music lovers he remains today, fourteen years after his death at age 58, a revered vocalist, one who artfully blended jazz, soul, pop, and R&B influences into his own unique and unforgettable style.

Over the past few months I've been collecting Carl's music on CD and/or vinyl. As I continue to collect and experience Carl's recordings, I've realized he's become my favorite male vocalist. There's just something about his voice that does it for me. In addition, from everything I've read about him, Carl Anderson embodied a very kind and generous soul.

I plan on writing more about Carl and his career in a future post. For now, though, here's one of the many stand-out tracks from Fantasy Hotel, which is probably my favorite of Carl's nine albums. Enjoy!

At fozfan.com the following is noted about this track:

“If Not For Love” was a treasure first recorded in 1991 by David Foster and Warren Wiebe for the soundtrack of One Good Cop, starring Michael Keaton and Rene Russo. The beauty of its melody attracted producer Andre Fisher who, one year later, was producing the new album, Fantasy Hotel, by talented and versatile r&b/jazz singer Carl Anderson. Fisher used Foster’s perfectly smooth and refined arrangement and invited him to guest on the electric piano. He enlisted keyboardist Brad Cole who performed the jazzy piano licks. To complete the ensemble he recruited Neil Stubenhaus, Michael Thompson, Rick Marotta and Rev. Dave Boruff, who plays the hot sax solos exactly like he did on Foster’s original take. Anderson beautifully sings the lyrics with power, class and a note of melancholy. This is truly a magnificent song [and] Fantasy Hotel has several other good tunes, including a cover of Kenny Loggins’ sexy ballad “Love Will Follow” and “All I Wanna Do,” both produced by Russ Freeman, the leader of the fusion group The Rippingtones. 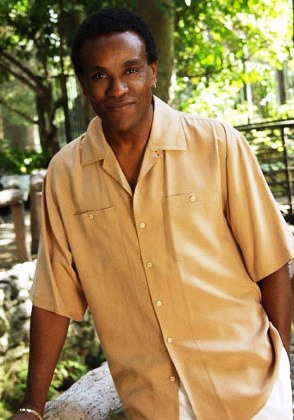 For more of Carl Anderson at The Wild Reed, see:
• Revisiting a Groovy Jesus (and a Dysfunctional Theology)

Such a gift, such a loss. Thanks for sharing, Michael.