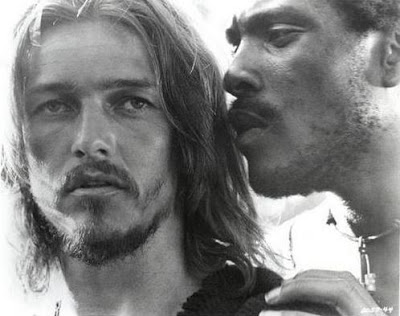 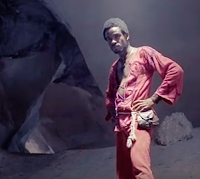 In this third installment of The Wild Reed’s celebration of Carl, I share writer P. Djeli Clark's thoughts on Carl's role in the film version of Jesus Christ Superstar.

I've mentioned previously that it's probably fair to say that for most people, Carl Anderson is best remembered for playing Judas Iscariot in the 1973 film adaptation and numerous stage productions of Andrew Lloyd Webber and Tim Rice's rock opera, Jesus Christ Superstar. It's a role that I think most would agree remains owned by Carl – even now, 15 years after his death from leukemia in 2004. I don't think it's an exaggeration to say that Carl powerfully and heartbreakingly immortalized a very nuanced, very human portrayal of Judas. 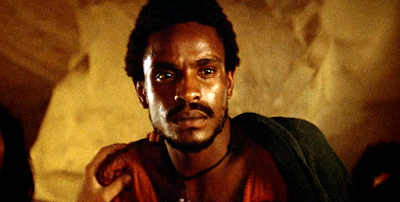 Much of P. Djeli Clark's insightful article, "My Own Personal Judas: Revisiting Jesus Christ Superstar," focuses on both the controversial casting of Carl as Judas and Carl's powerful portrayal of the disciple who betrayed Jesus.

For Clark, Carl's portrayal remains the definitive version of Judas in Jesus Christ Superstar . . . Indeed, it's "the gold standard."

Following, with added images and links, is the first of two excerpts from Clark's article, one which was first published in 2014 on his blog, Phenderson Djèlí Clark.

The 1973 film, directed by Noman Jewison, takes place among the hot and dusty backdrop of Israel (the less populated parts) and other sites in the Middle East. Like the Webber/Rice play, it focuses on the interpersonal struggles and conflicts of Judas and Jesus during the week leading up to the Crucifixion. Act I depicts the interpersonal struggle between the two men, while Act II focuses on the Last Supper, Judas’s betrayal and the tragic ending both will ultimately face.

The role of Jesus was played in the film by singer Ted Neely. As Jesus, he mirrors the image much of the modern West has gotten used to–a bearded, blonde guy with watery blue eyes and a serene countenance. In the original play, the actor chosen to play Jesus was similarly blonde and blue-eyed. This has raised more than a few eyebrows. I’ve often wondered why Webber/Rice, and eventually Jewison, decided to go with this image for the play. One thing you notice in both the Broadway production and the film is its diversity, reflecting the afterglow of the social transformations of the late 1960s. Yet this Jesus remains startlingly similar to something out of a Baroque painting. It could simply be that this was an accepted image of Jesus of the day. Rice after all famously said Neely, “just looked the part.”

Indeed, the Jesus we are presented with is the one that adorns our popular art, books and churches. It’s the one most people expect. It’s the one we’ve gotten used to. The one that “looked the part,” that puts many minds at ease. But as we continue to watch, we realize the Jesus of this play isn’t perhaps who we think he is.

This Jesus is sown with doubt and struggles with the popularity (the super stardom) into which he has been thrust. He feels misunderstood by his followers, who badger him incessantly. When in a dream the blind, the lame and lepers surround him, begging for aid, he has a panic attack. “Don’t crowd me!” he yells. “You’re too many!” He loses his temper often with Judas, who challenges his authority and his decisions. Once inspired, he now claims to simply be tired and uncertain of the path he’s been placed upon. At his lowest he reveals his loss of faith to God, asking if there’s a way perhaps to survive his fate. If he has to die, he begs (perhaps even demands) that God show him why. What will be his reward? Will his death be in vain he asks fearfully? Will his legacy (his super stardom) be assured? His greatest fear seems to be that after all this sacrifice, he might be forgotten. Near spiritual exhaustion, he tells God to get on with it then, before he changes his mind.

But if the casting of Jesus in the film raised eyebrows, the actor playing Judas stoked its own controversy. In the film, black theater actor and singer Carl Anderson played the role of Judas. Yeah. You heard that right. Jesus in this flick is a blonde haired and blue-eyed dude. Judas is black. With a fro. In the original Broadway play in fact, Judas was originally played by actor/singer/dancer Ben Vereen. Blonde Jesus, Black Judas. Say that five times fast. Bet you can’t. 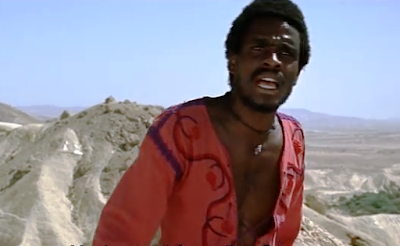 Needless to say, this has not helped me win over fellow black folks to this play. I tend to usually get a “No, No, and HELL NAW!” 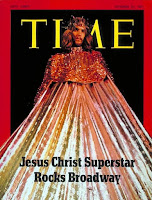 More than a few film critics noticed as much in the early 1970s. A TIME magazine article in 1971 gave an appropriate title of the cast: “Jesus Will be Blond; Judas Black.” The glaring visual racial imagery was enough so that even Roger Ebert had to at least address it in a review. And there were outcries from several that the play, and the film that followed, was “anti-black” and filled with blatant racial coding. When a group of African-American Baptists charged racism over the casting of Anderson as Judas, studio producers insisted it was not a matter of race but aesthetics. The Baptists countered if it was not race, then why couldn’t Jesus have been black?

Not all productions of the play portray Judas as a black man. The original album in fact used white English singer/actor Murray Head to voice Judas. And numerous plays have been made worldwide where he is played by non-black people. But there’s no denying that Carl Anderson (who took over for Ben Vereen on stage and remained on for the film) remains the definitive version of Judas in Jesus Christ Superstar. He is the gold standard.

And you ain’t ever seen a Judas like this.

NEXT: Carl Anderson's Judas: “A Two-Dimensional
Popular Villain Turned Into a Complex Human Being”

Judas is the real star of Jesus Christ Superstar. It is his tortured, impassioned story that is the most compelling and tragic. A critical thinker doing what he thought was best for his people. Looking back to 1973 is is both tragic and amazing that the part of Judas was given to an amazing black performer.