Why Marianne Williamson Is a Serious and Credible Presidential Candidate 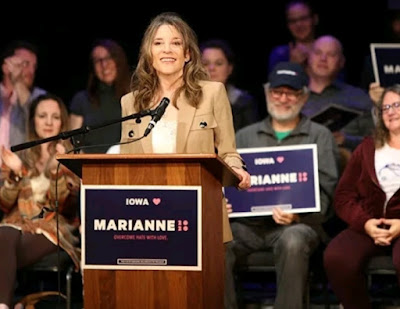 It's been over a week since spiritual teacher and author Marianne Williamson announced her candidacy for the Democratic presidential nomination. Yet as Stephen Dinan* points out in his recent piece at Medium, "[t]hose who follow the major media . . . are likely unaware that [Marianne is] even in the race."

For one thing, Marianne is rarely listed in the rankings of major Democratic candidates; this, notes Dinan, despite the fact that she has "a large national base and is recognized as a powerful cultural change agent who has started nationally influential nonprofits in addition to her written and speaking work." 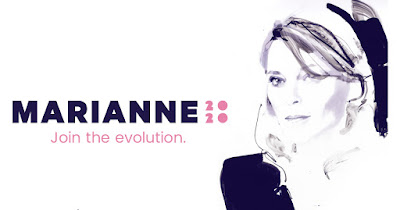 Political leadership, insists Dinan, "needs to emerge from natural leadership of our people." Three questions that can help us discern such leadership are: Whose voice is resonating with others? Whose wisdom do we respect? and Who is speaking to the conscience of America?

Dinan is adamant that for a significant number of people in the United States, Marianne Williamson is a name that comes naturally to mind when responding to these questions.

In a country of more than 325 million, it can be difficult to break through the noise, but I maintain that a 4-time #1 New York Times bestselling author, with 2.6M Twitter followers and a serious commitment to our political evolution, who has inspired at least hundreds of thousands to engage in service and civic responsibilities, has earned the title of a national leader. 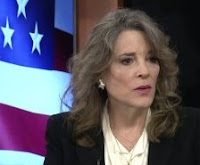 And yet so far, so few know of Marianne's run for president. How does one account for this?

Dinan has a theory, which I'll get to shortly.

But first, here are the reasons he offers for why Marianne Williamson is a successful civic leader and thus a serious and credible presidential candidate.

• Strong national fan base, larger than all but a few of the leading candidates

• Demonstrated capacity for fundraising, including over $2 million for a [2014] Congressional race

• Demonstrated service to underrepresented communities, including decades of boots-on-the-ground activism for the LGBTQ community as well as communities of color

• Serious, nuanced understanding of our history and our institutions and how they need to be reformed and evolved, which she’s demonstrated in numerous articles, speeches, and books. [Dinan contends that Marianne’s book, Healing the Soul of America, is "one of the most powerful, serious, and challenging political books ever written."] 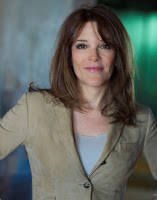 Given all of this, why the near-total exclusion of Marianne from media coverage of the Democratic presidential candidates?

Dinan believes the answer is simply one of worldview.

Simply put, Marianne represents a set of values that sociologist Paul Ray calls Cultural Creative values, which are not taken seriously or respected by much of the modernist-leaning press. Proponents of these values are often subtly denigrated or marginalized, sometimes unconsciously, despite the size of the Cultural Creative population (estimated at more than 45 million people by Paul Ray . . . and growing).

Cultural Creatives are committed to healthy, holistic lifestyles, personal growth, spirituality, and global citizenship. They are often positive cultural change agents. . . . For several decades, Marianne has been one of the preeminent speakers, thinkers, and writers in this growing constituency of Americans. That influence and background, more than any other factor, is why I believe she is being left off the media’s lists of serious contenders since they often look askance at this audience.

This is damaging for our democracy, and ultimately for the public’s trust in the press. The founders of this country never wanted us to only consider professional politicians for office. Indeed, that would have been a shock to them – there was simply no such thing at the time.

. . . I think all of [the Democratic 2020 presidential] candidates have value. I’m happy to see them in the race and for us to take their positions and candidacy seriously. It’s great to see some breakthrough diversity, from the first openly gay candidate to someone of Indian descent. . . . [Yet] diversity is not just about skin color or sexual orientation. It’s also about worldviews – and Marianne offers a credible, powerful voice for a worldview that is not normally represented in our civic process. In speaking for that “hiding in plain sight” group of Cultural Creatives, she helps an important part of the Democratic base become more engaged, because they feel seen, represented, and empowered to participate in our political process.

Whether she’s likely to win the nomination or not isn’t relevant here – she has more than earned her place on the stage as a serious and credible candidate.

What she will definitely do as part of her candidacy is elevate the national conversation and raise important, out-of-the-box solutions. She’s already done so powerfully in her opening speech in discussing why reparations need to be part of our national dialogue about how we heal the legacy of slavery – and offering an innovative plan for doing so.

She can speak beyond the traditional political divides to the values and history that unite us. She can speak to people’s conscience in a way that motivates them to engage as citizens. 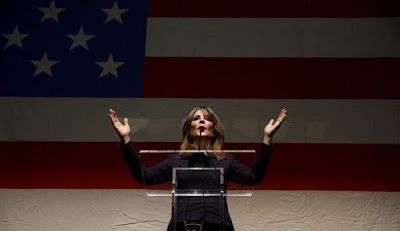 Dinan concludes his article with the following words of advice and encouragement:

So, every time you see a media article that excludes Marianne from the list of major declared Democratic candidates, I encourage you to write them, to share your view, and to point them to this article if you wish – and ask the editors and writers to recognize that the act of excluding Marianne from the list of major candidates is not only a form of subtle discrimination but also a profound disservice to the diversity of Democratic worldviews that need to be honored and integrated for a successful next candidate to win the White House.

Even if Marianne’s supporters do not propel her into the role of final Democratic Party nominee, her run will elevate our national conversation and ultimately contribute to the regeneration of our democracy.

Marianne is a bold truth-teller who also understands how to bridge divides. She brings important medicine for what ails our country, and she has earned her spot in the upper tier.

If major media prevent her voice and policy ideas from being given serious attention by not even including her in the list of candidates, that will be a profound loss for our country.

Let’s take her seriously and, by extension, the millions of people she already represents – and the potentially millions more that her candidacy can inspire and engage in this important election cycle.

* Stephen Dinan is the founder & CEO of The Shift Network, member of the Transformational Leadership Council, and author of Radical Spirit: Spiritual Writings from the Voices of Tomorrow (2002) and Sacred America, Sacred World: Fulfilling Our Mission in Service to All (2016).

Following is a January 2018 interview with Marianne Williamson on The Ed Bernstein Show. Although this interview took place a year before she announced her presidential candidacy, it nevertheless demonstrates the qualities and insights Marianne possesses and articulates that have long made her an inspiring civic leader and now today a serious and credible presidential candidate. 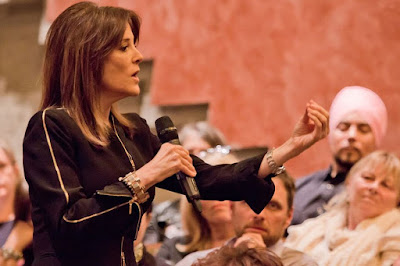