Quote(s) of the Day 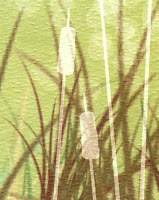 I find it interesting that most longtime elected Democrats are focused on lowering voters' expectations in quite a Republican way: MN Senator Amy Klobuchar says no to universal single payer health care ("Can't afford it," she says); both Klobuchar and her fellow Minnesota Senator Tina Smith support oil pipelines near Lake Superior/BWCA and never question the cost of destroying our water; andSenator Diane Feinstein just said of the Green New Deal, "we can't afford it." Has she ever said that of any weapons system? (A question one could ask almost all Democrats in office).

Almost two years before election day, and we're already being told that just getting rid of Trump is all we're allowed to want. (While the DNC still refuses to see how the Clintons' "Third Way" corporate takeover of the Democratic Party paved the way for Trump.) Elect any of the corporate Democrats/"moderates" and corporations will stay in charge of our health care, continue to take over public schools, run more and more prisons for profit, and continue to offer no challenge to the (at least) 54% of the national budget going to endless wars. If we're "lucky," we'll "make history" (again) with another president of color; but damn little will change in terms of the Corporate State – government of the 1%, by the 1% and for the 1%.

If much of what Sanders said [at Monday night's CNN town hall meeting] sounded familiar, it's because many policies that sounded radical and new in 2016 have become mainstream Democratic positions. It's not that Bernie went centrist; instead, the center moved toward him. That is how the Vermont senator raised $10 million in the week after announcing his candidacy for the 2020 nomination, and it's why he polls near the front of the pack of contenders running for the Democratic nomination.

. . . Thanks to Sanders' attention to these issues in 2016, now all Democratic candidates must promise to tackle income inequality, the high cost of health care and the stranglehold that monied interests hold over Congress.

[The Green New Deal is impossible to pass in a divided government, which is precisely why it’s been criticized by Democratic leaders like [Senator Diane] Feinstein and House Speaker Nancy Pelosi, who recently dismissed the Green New Deal as “the green dream, or whatever they call it.”

What’s the alternative, then? Feinstein’s counterproposal would do little to make a difference. It seeks to achieve net zero greenhouse gas emissions by 2050—an acceptable goal, albeit 20 years later than the Green New Deal’s. But to achieve this, Feinstein’s resolution only proposes three things: re-implementing myriad Obama-era climate regulations, re-joining the Paris agreement, and implementing a national price on carbon. “It’s not that these things are wrong,” environmental activist Bill McKibben wrote in The New Yorker over the weekend. “It’s that they are insufficient, impossibly so.”

The problem with Democrats like Feinstein is that they make a big show of calling for action on climate change. And yet, their solutions prove they don’t grasp that climate change is, as Dave Roberts put it for Vox, “a fucking emergency.” They don’t grasp, as David Wallace-Wells writes in his new book, The Uninhabitable Earth, that 2 degrees Celsius means “tens of millions of climate refugees, perhaps many more, fleeing droughts, flooding and extreme heat, and the possibility of multiple climate-driven natural disasters striking simultaneously.”

Meek policies, like those proposed by Feinstein, will ensure at least 3 degrees of warming. By that point, Wallace-Wells writes, “Southern Europe would be in permanent drought, African droughts would last five years on average, and the areas burned annually by wildfires in the United States could quadruple, or worse, from last year’s million-plus acres.”

. . . Democrats like Feinstein are right to be concerned that something like the Green New Deal won’t pass, but their alternative does about as much to prevent this future as Trump’s policies do to worsen it. Trump’s climate denial, and Feinstein’s climate advocacy, both have a negligible impact on a problem of this scale. This emergency calls for wholesale societal change.

Passing such a monumental plan will indeed require support from Republicans. But the Democratic fracturing over the Green New Deal ensures the GOP will continue to do nothing. When the proposal first gained steam among Democratic voters, but before the party’s leaders were pressed for their position on it, some conservatives argued that Republicans needed to come up with an alternative. As Feinstein and Pelosi signal that the Green New Deal is dead in the water, though, Republicans have an excuse to ignore the issue altogether. They can sit back and watch the Democrats tear each other apart over the issue, while the clock runs out on addressing the most challenging crisis of our time.

Given this partisan reality, there’s only one conceivable path for success in slowing global warming: Voters have to kick Republicans out of office. To have any chance of enacting meaningful climate legislation, Democrats not only must control the White House, the House of Representatives, and the Senate; they must be in complete agreement about what needs to be done. Feinstein’s scolding of schoolchildren suggests that the Democratic Party would squander that opportunity instead, killing the last real chance for bold action. That’s not all it would kill, either.