In the Garden of Spirituality: Paul Collins 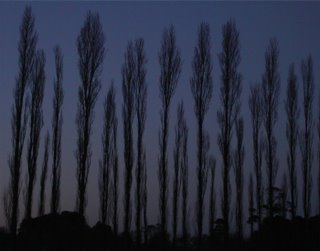 The Wild Reed’s series of reflections on spirituality continues with the following by Australian theologian and author, Paul Collins.

Terribilis est locus iste: hic domus Dei est et porta coeli; et vocabitur aula Dei (“How awesome is this place! This is none other than the house of God and this is the gate of heaven” (Genesis 28:16-17)).

The Latin word terribilis here connotes terror, fear and trembling and points to the awe and trepidation required of one who is in the presence of God. It emphasises the fact that God is wholly other, not anthropomorphic, not domesticated. God is ultimately a mysterium in the sense that the divine is a phenomenon to be explored, not a reality to be possessed or defined.

The great Catholic theologian, Karl Rahner, picks up this notion of God and prefers to speak of the divine as “absolute mystery”. When we enter into the presence of the numinous transcendence of God, we experience several feelings.

First, there is a deep sense of vulnerability. This is an expression that explicitly describes an existential state of reality; it is not a qualitative judgment about one’s personal self-valuation. In fact, it is really only the integrated person with a strong sense of self-worth who can begin to experience the acute vulnerability that characterises one who begins to perceive something of the mysterious presence of God.

Second, there is the sense that God is terribilis – awe-inspiring. This is the biblical notion of the “fear of God”. But the word “fear” here is ambivalent in English, and probably a word like “wondrous” comes closer to the meaning of the Latin word. The sense of the word is conveyed by Job when he prays: “Do not let dread of you [God] terrify me” (Job 13:21). There is a certain resentment about this among those of us who treasure the autonomy of the individual, but the simple reality is that we are the product of the constant, ongoing creative act of God. It is not so much about self-depreciation as an almost mystic consciousness of the sheer creative potency of God and of our total dependency upon that divine capacity. It is also a recognition of the unreality of so much of human experience.

Third, there is an element of energy or urgency. The mystics experience God as vitality, passion, force, movement. For them God is not the “philosopher king”, but a seething morass of dynamic and passionate creativity. Elements of this are vividly expressed by the later German idealists: Johann Gottlieb Fichte sees the Absolute as a “gigantic, never-resting, active world-stress”, and the German pessimist, Arthur Schopenhauer, as “Will”. Perhaps the greatest artistic expression of this passionate, urgent energy in Western culture is in the music of Beethoven, especially the final quarters (Opus 127 to 132), where he dialectically explores the outer reaches of the struggle with transcendence.

This notion of God as energy is closely related to the daring descriptions put forward by the 6th-century Syrian mystical writer, Pseudo-Dionysius, in The Divine Names. He speaks of God in terms of Eros, of a capacity to effect unity, alliance and co-mingling – a notion of divine and cosmic eroticism quite foreign to the pages of the modern Catechism of the Catholic Church and yet inherited from the early Christian theologian and controversialist, Origen (185-254 AD), in his Commentary on the Song of Songs.

Excerpted from “Imagination Abandoned”, Paul Collin’s contribution to the book, A Long Way From Rome: Why the Australian Catholic Church is in Crisis, edited by Chris McGillion (Allen and Unwin, 2003).

Labels: In the Garden of Spirituality, Paul Collins