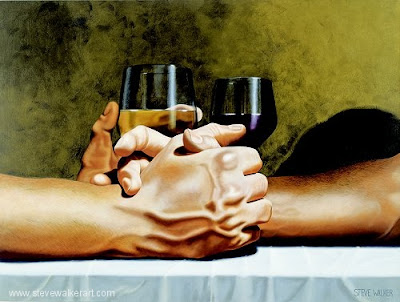 Last week saw the publication of the August issue of The Progressive Catholic Voice online journal, of which I’m honored to serve as editor.

As I mentioned in a previous Wild Reed post, this particular issue contains an insightful article on sexual morality by Cletus Wessels, OP.

Cletus originally gave me this article when I visited him at St. Albert the Great Church in South Minneapolis in February of this year. It was written several years ago when Cletus was conducting a series of workshops on understanding human sexuality. He told me to use it as I saw fit. And so I’m doing just that.

I think it’s an excellent piece that Cletus has written, and one that clearly and courageously reflects that type of rationality and compassion totally lacking in Vatican documents that attempt to address issues of sexuality. I think it is worthy of the greatest audience possible, and so am publishing it not only in The Progressive Catholic Voice, but on The Wild Reed as well. Enjoy!

The fullness of human sexuality is a gender-based relationship of the whole person founded on varying levels of intimacy and commitment manifested externally and physically in appropriate ways with regard to both personal and social values. Each of these dimensions can be described briefly.

A gender-based relationship of the whole person: Human sexuality does not flow primarily from the sexual organs or the bodily actions of the people involved. Gender identity can be seen in terms of a person’s genetic and genital makeup, but more importantly a person’s gender identity is found in a psychic and social self-perception as male or female. The whole person is necessarily bound up with gender and gender-based relationships.

By commitment, I mean mutual responsibility. In all relationships mutual responsibility is fundamental, but in our society a difficult reality. People fear commitment. We have a mobile society with an uncertain future; we are a culture of individuals who fear the loss of freedom; we are vulnerable people despite all of our façade of strength, and all of these work against commitment.

The following are the positive foundations of mutual responsibility:

1) Investment – a mature relationship requires time and energy.
2) Wholeness which involves the whole person without immature projections.
3) Choice – there must be freedom and not compulsion, not infatuation but real love.
4) A public and personal awareness of this mutual responsibility – friends and family know the commitment.

Morality within sexual relationships depends upon the fullness of human sexuality. Thus, homosexuality must be judged by the quality of the relationship and not by the character of the act involved. There are different physical expressions of love and intimacy and commitment, and diversity is the rule of the Earth. The Earth, which emerges from the loving presence of God within, has so much diversity that it goes beyond our comprehension. Likewise within the human family, which emerges from the presence of the God within, has the same diversity in race and color, in cultures and religions, and in the diversity of sexual relationships. There is diversity with human sexuality where we find people more inclined to a single life and some to a married life, some people are gay/lesbian and some are straight. Gay/lesbian people have been ostracized because they are different, but now the Earth shows us that difference is richness. Gay/lesbian people have always contributed to our social and religious communities, and now they are being called to bring their richness out in the open for all humankind.

Cletus Wessels is a Dominican priest who served for eighteen years as a professor of theology at Aquinas Institute, a graduate school of theology. Later he taught at Aquinas College in Grand Rapids, Michigan. He was pastor of the Parish of St. Albert the Great in Minneapolis, Minnesota from 1988 to 1997. Currently, Cletus is engaged in a free-lance ministry of lectures and workshops, preaching parish retreats and missions, and teaching adult faith formation in parishes. He is the author of two books: The Holy Web: Church and the New Universe Story (2000) and Jesus in the New Universe Story (2003).

For more of Cletus Wessels on The Wild Reed, see The Holarchical Church: Not a Pyramid but a Web of Relationships.

See also the previous Wild Reed posts:
The Non-Negotiables of Human Sex
The Many Manifestations of God’s Loving Embrace
Be Not Afraid: You Can Be Happy and Gay
Joan Timmerman on the “Wisdom of the Body”
Dan Hanway’s “Fresh Look at a Sensitive Topic”
What Is It That Ails You?
Beyond Courage

Making relational quality indicative of relational morality is a theme in "The Sexual Person: towards a renewed Catholic anthropology" by Michael G. Lawler and Todd Salzman. Lawler's Ph.D. is from Aquinas Institute.

Permit dissent from this outlook.
Scripture actually stresses the physical act itself when it bans gay sexual activity. See Romans 1 and Leviticus... "a man shall not lie with a man as with a woman."
Scripture however has been circumvented these days even by those who would oppose you and so they have only themselves to blame for the uncritical acceptance of modern techniques of making passages vanish under the name of cultural values of an "old" sort...the term used by John Paul II several times as he confused the issue of wifely obedience and thus made it absent in the catechism despite 6 clear explicit passsages in the NT. So your enemies in theology have used the very tools which help you avoid the physical act centered approach of the inerrant Bible when that bible talks of gay actions and does not add a caveat about committment. The Magisterium has only itself to blame for the extreme use of these tools which are valid in themselves.