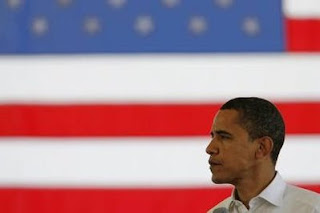 Earlier this evening my friend Barbara Satin sent me the link to the music video of Dave Stewart’s song, “An American Prayer.”

As skeptical as I am of any mainstream U.S. political candidate or party, I must admit that I am moved by the spirit, the hope, embodied in this song. I truly want to believe that Barack Obama can and will herald a new era in American political and social life – an era marked by the end of U.S. militarism, imperialism and corporate rule, and the dawning of authentic democracy and of social and economic justice for all.

Below is how Dave Stewart describes the writing and recording of “An American Prayer,” followed by the song’s music video.

Earlier this year when I was recording “American Prayer,” a song I originally co-wrote with Bono, the phrase, “When you get to the top of the mountain, remember me” seemed to take on a whole new resonance, given the inspirational candidacy of Barack Obama.

The song always contained one of my favorite passages from Dr. [Martin Luther] King [Jr.], which was hauntingly delivered the night before he was assassinated. King says: “I just want to do God’s will. And He’s allowed me to go up to the mountain. And I’ve looked over. And I’ve seen the Promised Land. I may not get there with you. But I want you to know tonight, that we, as a people, will get to the Promised Land!” 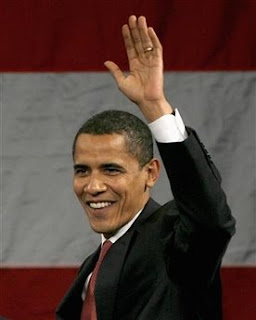 People long for a connection – whether it is to music, to their country, or to a big idea. Regardless of what happens in November, Senator Obama has reminded millions of people that they have the power to connect to bigger ideas. He is, in essence, the embodiment of a new anthem for change. He has continued King’s narrative from what was once thought of as a dream to a reality. I find it especially relevant that Barack Obama will accept the Democratic Party Nomination for President 45 years to the day of King’s “I Have a Dream” speech.

When we were originally writing the song, Bono was crafting the words in a way that would make people think about the fact that ‘America’ as a concept was a truly great idea, based on the bedrock of equality. I find it more pertinent than ever to release it now; to the moment America finds itself in, daring to re-imagine itself and its place in the world.

When I set out to make a video for the new version of this song, I wanted to honor all of those millions of people, especially young people, who are, for the first time, feeling empowered to voice their beliefs. I wanted to capture how Obama’s message of change has echoed across the broad fabric of what is America. To do that, we’ve cast the film with an eclectic array of personalities, including Forest Whitaker, Amy Keys, Jason Alexander, Whoopi Goldberg, Cyndi Lauper, Linda Perry, Barry Manilow, Ann Marie Calhoun, Joan Baez, Buju Banton, Macy Gray, Sérgio Mendes, Margaret Cho, Herbie Hancock, Daedelus, and Joss Stone. They appear alongside veterans, teachers and everyday citizens – all of whom have been touched by this simple idea of change.

As an Englishman, I’m not an expert in all the intricate details of American politics. But as an artist, I understand how rare it is to inspire a connection to a bigger idea or purpose. This video isn’t so much an endorsement of Barack Obama as much as it is a celebration of all those who have picked up a sign, who have registered to vote and are working to make the world a better place. So as Senator Barack Obama ascends to the mountain top, let us not forget all of the others who for the past 40 years have sung anthems of change to make this moment possible.

It is a reason to HOPE, and to be JOYFUL in the possibility. But I suspect WORK, more than prayer, is required to advance such historic moments and opportunities.

As I've gotten older I've discovered the distinction between these two activities to blur and merge.

I like to think that in some way my whole life is a form of prayer.