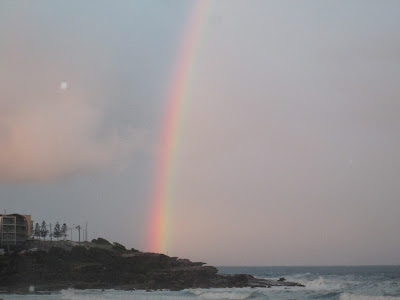 My recent visit home to Australia began and ended with time spent in Sydney.

You may recall that I timed my arrival in Australia to coincide with the completion of Raph's Cycling to March,' an inspiring 1900 kilometre bike ride from Adelaide to Sydney that Raph undertook in memory of his sister Tess and as a way of raising awareness and funds for melanoma research and prevention.

After my first few days in Sydney (March 20-23) I traveled by train to Port Macquarie, where my parents live. I spent a good part of my time while in Australia in Port Macquarie, though I also made trips to Gunnedah and Melbourne to see family and friends.

On Tuesday, April 15, I returned to Sydney. Raph met me at Central Station and we took the city bus to the eastern beachside suburb of Maroubra, where he lives. We stepped off the bus to the beautiful sight of a rainbow over the stormy ocean (above). 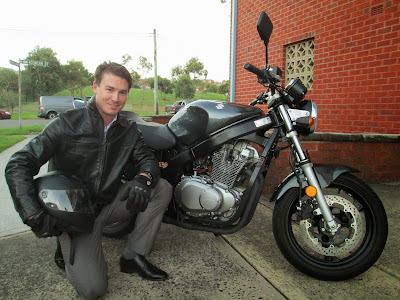 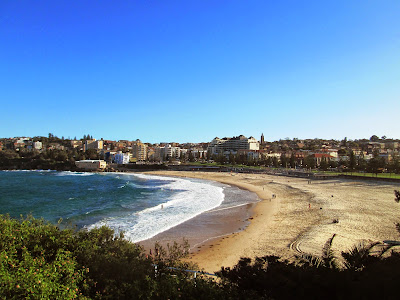 A few days before my arrival in Sydney on April 15 I was contacted by Julian, a Sydney-based reader of The Wild Reed. Here's what he wrote:

I have been reading your blog for a few years and wanted to meet you when you have been in Australia but you have come and gone before I could do so. I see that you are now here in Oz, although not in Sydney where I live. If you are coming through on your way out of the country would it be possible to meet up in Sydney before you go back to the States?

If that doesn't happen, thanks for the work that you put into the blog. I say 'work' because it seems to me that it must require a lot to put it together with the photos and the many references and sources that you use. You bring disparate sources together really well when you are making a point or reflecting on an issue. But it is when you give your own opinions or reactions to something that I particularly like to read. I can also relate to many of the things you feature, like Port Macquarie, because I have been there several times over the years. The photos you have uploaded really show it off well, especially around the beaches and that tidal zone at the end of Flynns Beach.

I can see from what you have written recently that you are thinking about your future and where it lies. There appear to be significant influences and relationships drawing you to both [the U.S. and Australia]. I hope that it resolves well for you.

If we can connect up in Sydney that would be great. 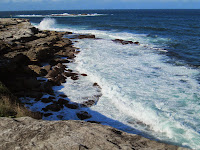 Now how could I refuse such a request?

I e-mailed Julian and we arranged a meeting. On Wednesday, April 16, we had lunch at a great beachside restaurant in Coogee and then spent the afternoon walking along the beautiful shoreline. Julian's also a gay Catholic man . . . and so we had lots to discuss and share. It was a very special time and I'm so glad it worked out for both of us to meet.

As Julian noted in an e-mail a few days afterwards:

I really enjoyed the day. I still find it amazing that it could happen when it was such a matter of chance; chance that you were still here when I sent the first e-mail, that you had an available day, that I could get free at the same time, and that it just worked out so well. Thanks for that.

Well, thank you, too, Julian! Following are some images from that special afternoon. 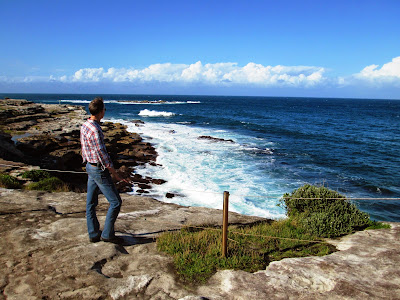 Above: Julian, with Wedding Cake Island in the distance.

Did you know that in 1975, "Wedding Cake Island" was the title of a popular surf music instrumental single by Australian rock band Midnight Oil? Lead singer Peter Garrett and guitarist Martin Rotsey were residents of Coogee at the time. The track was re-released in 1980 on the EP Bird Noises, which is where I first heard it. Apparently, it's now regarded as a classic surf music track. You can listen to it here. 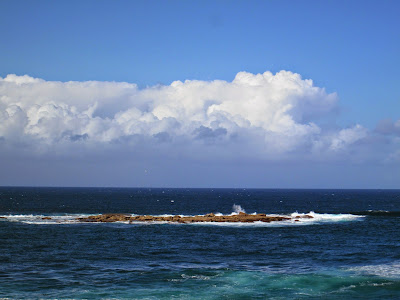 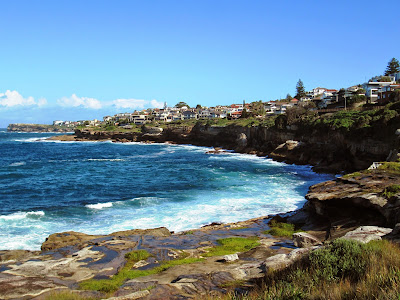 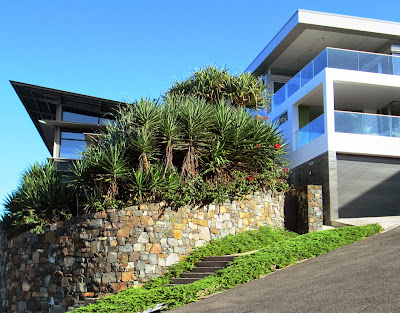 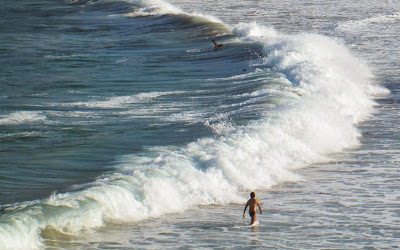 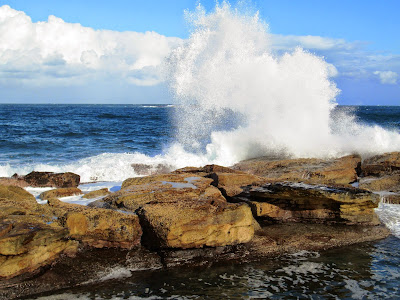 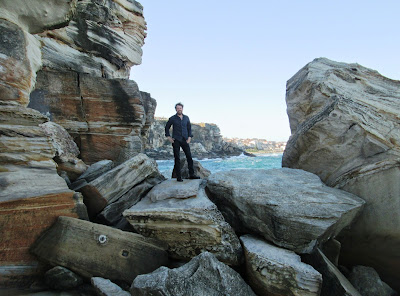 Above: Julian took this photo of me standing on the boulders at the base of Dolphin Point, located at the north end of Coogee Beach. 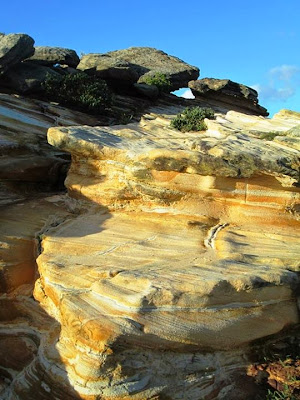 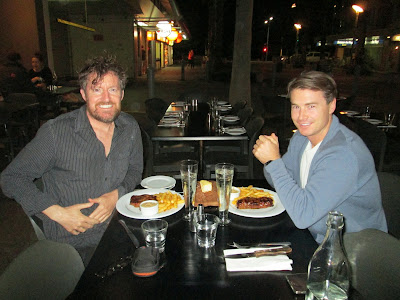 Above: On my last night in Sydney, Raph shouted me to a great meal at a restaurant at Bondi Beach. Thanks, Raph! It was a great way to end a great visit home to Oz! 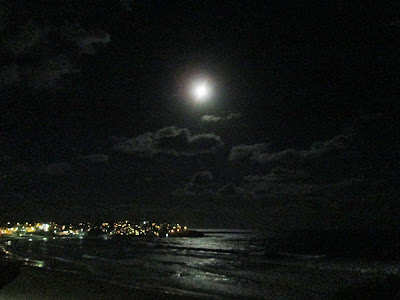 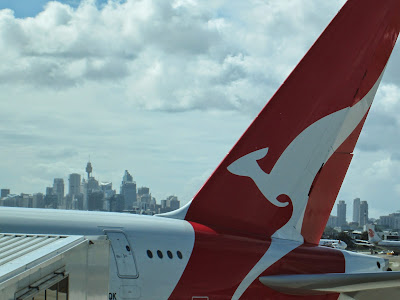 Did you know that coming over to Australia from the U.S. I had four seats to myself! It was heaven as I was able to stretch out and get plenty of sleep. Going back, however, it was a packed flight – and accordingly somewhat of an arduous experience. After all, Sydney to Dallas (the first leg of my journey back to Minneapolis-St. Paul) is a 15-hour flight.

Right: One of the films I watched on the plane back to the U.S. was the 2013 Indian drama Bhaag Milkha Bhaag (Run Milkha Run), based on the life of Milkha Singh, the "flying Sikh," an Indian athlete who was a national champion runner and an Olympian. Farhan Akhtar stars as Singh. It's a very engaging film, and one that I highly recommend!