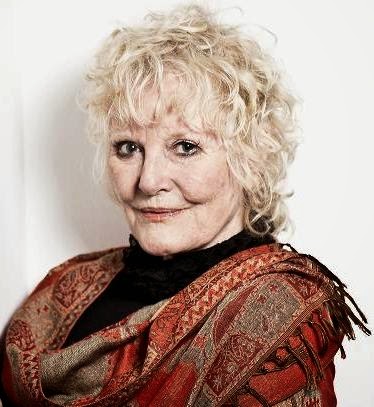 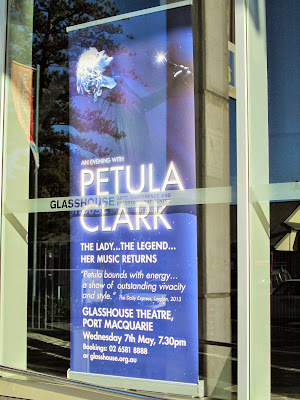 I mentioned a while back that my parents were planning to see Petula Clark in concert in Port Macquarie, Australia. I would have loved to have joined them as I've long been an admirer of Clark's music. How long? Well, since I was in fifth grade, which was when I asked my parents for the "Best of Petula Clark" album that was being advertised on TV. That was in 1976!

Anyway, I couldn't attend the May 7 concert with my parents as I had to return to the U.S. on April 18. They did attend it however, and thoroughly enjoyed it. My mum has written a review, which I share after the following video clip which shows Petula performing her hit "Colour My World" on the Ed Sullivan Show in 1967.

As one commentator on YouTube notes about this performance:

Elements of psychedelia hit middle America with shots of moving colored liquids. Yet the bulk of the number pays tribute to the then-trendy cliches of 'Swinging London': Bobbies, mod chicks in mod clothes on Carnaby Street, and the Palace Guards. Overall, extremely '60s!


. . . Just as long as I know you're thinking of me,
there'll be a rainbow always up above me.
Since I found the one who really loves me,
everything I touch is turning to gold.

Well, Petula Clark at age 80 is still colouring our world with the lovely gift of her music and, as a result, still bringing happiness and inspiration to many.

Here's my mum's thoughts on the "fabulous" Petula Clark performance that she and dad experienced in Port Macquarie on the evening of Wednesday, May 7, 2014. 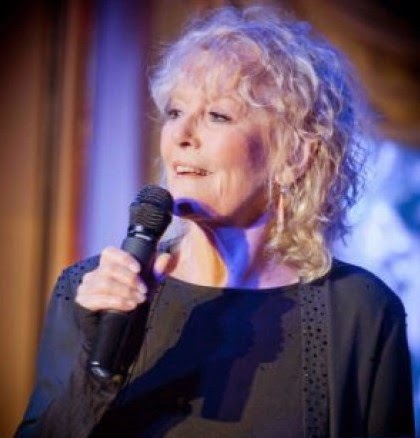 I'm pleased to report on our attendance at the fabulous
Petula Clark performance.

The venue was the controversial Port Macquarie Glasshouse. The construction costs were
astronomical but, on a positive note, we now have a facility which attracts high profile entertainers.

Petula provided something for everyone ... lots of hits from the '60s, new songs from her latest CD, Lost in You (well received!), and selections from movies and stage shows. Also, for two numbers, she accompanied herself on the grand piano! Accomplished pianist!

The years have certainly been kind to her! She was energetic and handled the up-tempo numbers with gusto, and moved with ease and grace on the stage. Her powerful and perfectly pitched voice thrilled all.

Over two hours of entertainment interspersed with humour, combined with interesting and touching anecdotes. No doubt, due to her many years on stage, screen and theatre, those present warmed to her and the result was enthusiastic audience participation.

One of the many highlights was her cover of the song "Imagine." She reminded us of John Lennon's special qualities, especially his spirituality.

Throughout the night she was very generous in her praise of other artists. This I admired.

Leaving the stage, she was given a standing ovation ... deafening!

There are many exits from the Glasshouse and unfortunately we may have chosen the wrong one as, on our return home, we read in the concert program that she almost always stays to greet fans afterwards. Oh, no! . . . we may have missed the opportunity to speak with her! Never mind, it was still a night to remember.

If she travels your way, I highly recommend you take the opportunity to enjoy her great concert. 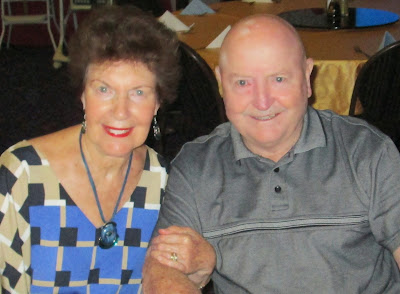 Above: My parents, Margaret and Gordon Bayly, photographed April 14, 2014,
three week before seeing Petula Clark in concert in Port Macquarie. 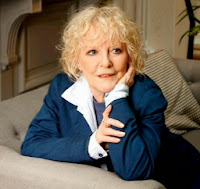 Did you know that for her 2013 album Lost in You, Petula re-recorded her 1964 hit "Downtown"? She did this despite the fact that when the idea of recording a new version of what, undoubtedly, is her signature song was first suggested by producer John Owen Williams, she expressed disinterest.

Then, she recalls, "I was played this beautiful [instrumental] track . . . and I said it was lovely, and they told me it was [intended for] 'Downtown.' I got to the microphone and I didn't know how I was going to sing it, and it really feels like a new song."

Reviewing Lost in You for MusicOHM.com, Philip Matusavage writes of the "Downtown" remake: "Already a song loaded with melancholy, the stately version here acquires new meaning with its weary but amiable delivery summoning forth powerful nostalgia and the sense of someone fondly remembering their youth."

Steven Rosen says of the new version of "Downtown," "It is now a ballad, [with Clark's] voice sometimes narrating the words as much as singing them. At the chorus, where the original song had her voice rise on "down" – connoting excitement – this time she straddles turning "down" into a minor-key note. The result is to make the song elegiac, a salutary tribute to a friend (the original version) from long ago."

For more of Petula Clark at The Wild Reed, see:
• Pet Sounds
• Well, Look Who's Coming to Port Macquarie . . .