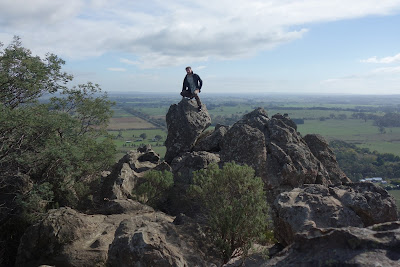 As perhaps regular visitors to this site may have gleaned, for most of May and the first part of June I was in Australia visiting family and friends.

This evening I share the first in a series of posts that will document my recent time in the Great South Land. Enjoy! 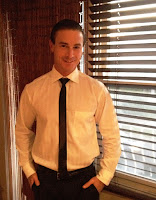 Often when I return home to Australia, the first friendly face I see is that of my good friend Raphael, or Raph (right), who lives in Maroubra, a beachside suburb in the Eastern Suburbs of Sydney. Maroubra is a local Aboriginal word meaning place of thunder.

I've stayed good friends with all the members of the family ever since our time together in Goulburn, and I always try to catch up with as many of them as possible whenever I visit Australia from the U.S.

In 2011 Raph visited the U.S. and cycled the Trans-America Trail with two friends. His trip was cut short, however, when Raph received news of his sister Tess's melanoma diagnosis. He returned to Australia via Minnesota in October of 2011. I returned to Australia for two weeks in April-May of 2012 so as to visit Tess and her family. Tess died a little over a month later.

In 2012, Raph cycled from Adelaide to Sydney, a distance of over 1900 kilometers, in memory of Tess and to raise awareness and funds for melanoma research and prevention. For more about Raph's inspiring achievement, click here, here, and here. 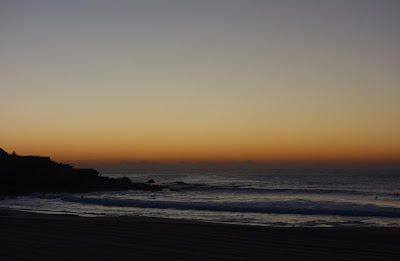 I arrived in Sydney from Los Angeles on a United Airlines flight on Friday, May 6, having first left Minneapolis on Wednesday, May 4. 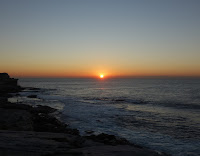 And, no, I didn't travel for 30+ hours. Rather, I lost a whole day due to traveling west across the International Date Line. (The day I lost, incidentally, was May 5, the tenth anniversary of this blog. Luckily Blogger allows you to schedule posts, and so my special tenth anniversary post was posted while I was winging my way across the Pacific.

My first full day in Australia was Saturday, May 7, and I marked the occasion by walking down to Maroubra Beach to watch the sunrise. It was a beautiful and very special experience. 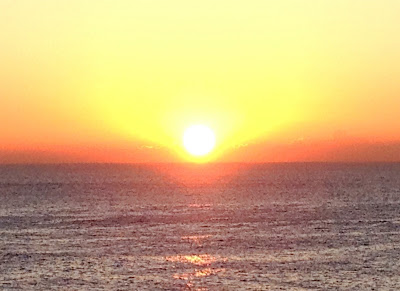 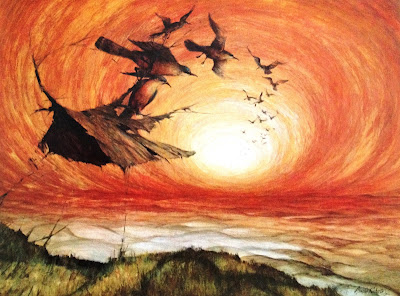 I have to say that my sunrise experience reminded me of just how much I miss the unique colours and contours of the Australian landscape. 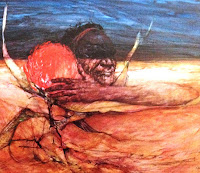 Interestingly, a few days later I was reacquainted with the illustrations in the 1965 book, The Dreamtime, which presents Australian Aboriginal myths through the artwork of Ainslie Roberts and the writings of Charles P. Mountford.

I remember these illustrations from my childhood, and seeing them again so many years later I was struck by how powerfully they reflect the haunting beauty of both Australian indigenous culture and the Australian landscape; two realities that really are inseparable – a truth I acknowledge and honor.

Ainslie Roberts acknowledged and honored this truth too. We see it in his art. And then there's this beautiful anecdote: Toward the end of his life, Roberts described himself as "a communicator . . . a white man painting in a white man's way and trying, visually, to show the white people of Australia that this fascinating land they live in has a rich and ancient cultural heritage that they should be aware of and respect." 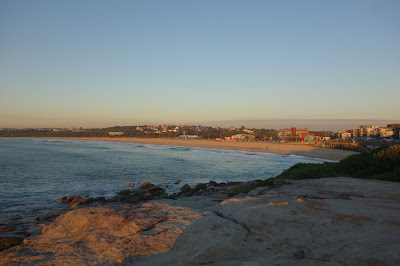 Above and below: Views of Maroubra Beach, aglow in the early morning light. 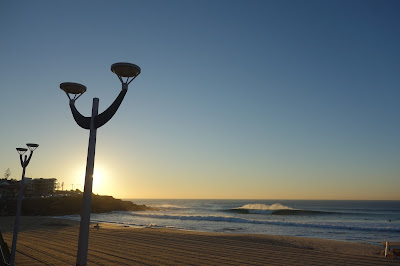 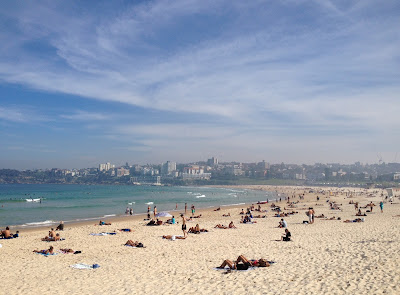 
Right: Raph and his girlfriend Meera at Bondi Beach. 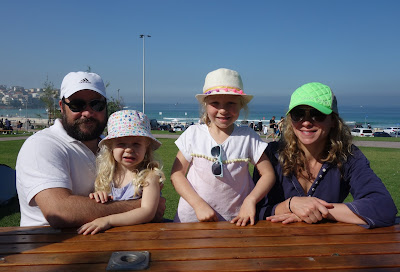 Above: At Bondi I reconnected with my good friend Garth and his lovely family.

My friendship with Garth dates back to our shared time in Goulburn in the early 1990s. We last saw each other in 2014. 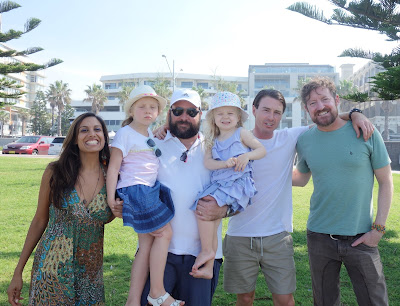 Above: Meera, Garth and his two beautiful daughters, Raph and me. 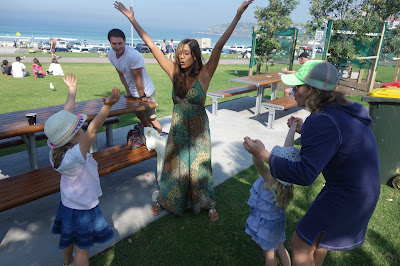 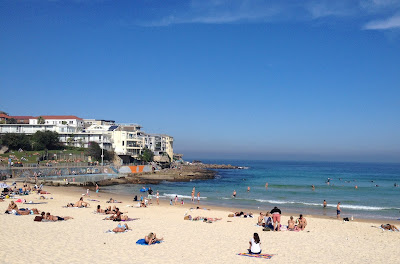 Above and left: Yes, there are all kinds of beautiful sights on Bondi Beach! 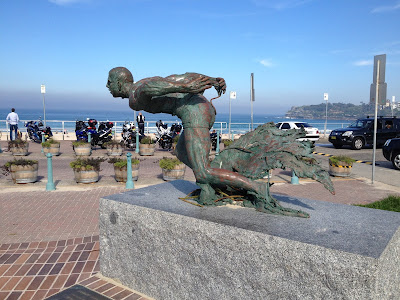 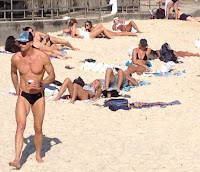 Bondi Surf Bathers' Life Saving Club claims to be the world's first surf lifesaving club, and North Bondi Surf Life Saving Club is a federation club. Both clubs were founded in 1907. Bondi members invented the surf reel and many other icons of lifesaving. Surf lifesavers from both clubs were involved in the largest rescue ever on a single day, known as "Black Sunday." Bondi holds the most Australian Surf Lifesaving Championship gold medals in R&R (rescue & resuscitation) and North Bondi holds the most gold medals in March Past. 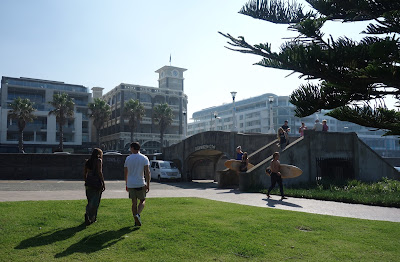 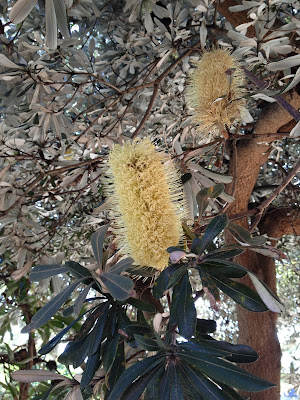 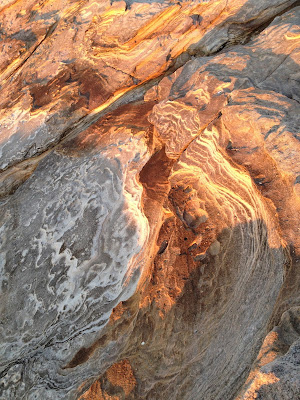 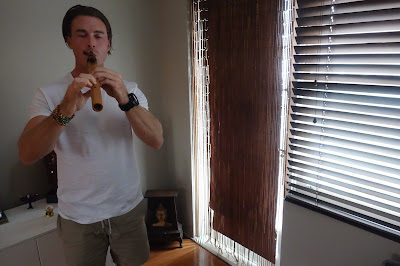 Back at Raph's apartment, Raph, Meera and I enjoyed a relaxing evening, one that included the making of a delicious Green Soup, which we shared together under the stars on Maroubra Beach. We also shared lots of stories, memories and laughs. . . . Oh, and music too!