"It Is All Connected" 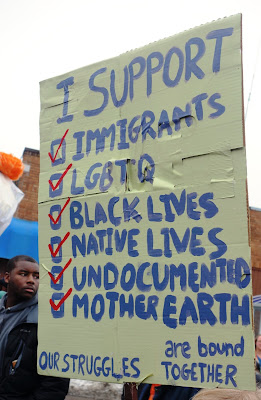 This afternoon I participated in the Black Snake Resistance March, a rally and march organized by Native Lives Matter, Idle No More, #NoDAPL, #WaterIsLife, and #BlackSnakeKilla.

"Black Snake" refers to the Dakota Access Oil Pipeline and pipelines in general, many of which disproportionately threaten the land and well-being of Native communities. 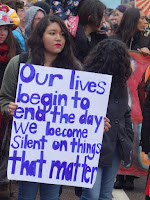 This and a number of other protest events collectively comprised what was called the Twin Cities Inauguration Day Mega-March, and provided a way for thousands of people to speak out against the agenda and priorities of President Donald Trump and the Republican-controlled Congress.

Organizers of the Black Snake Resistance March, however, stressed that the event was bigger than the protesting of Trump.

We want to express that this march is against not only the newly-elected President Trump but also the system that as a whole cradles and supports the racism and bigotry that has furthered the oppression of people through the school-to-prison pipeline and the construction of oil pipelines. IT IS ALL CONNECTED. The system is one big cycle of oppression that keeps feeding us garbage. Trump is a huge supporter of oil pipelines and in the recent past has had investments in KXL and Dakota Access, to name two. . . . [W]e all must resist Trump and the system that keeps supporting the destruction of people and the environment.

The Black Snake Resistance March began in south Minneapolis at the corner of Franklin and Chicago Avenues. It was soon joined by hundreds of young people who comprised the University of Minnesota Walk-Out to Oppose Trump March. Both groups then joined the Resist from Day One March. All three groups then made their way to Minneapolis City Hall for a mass rally. 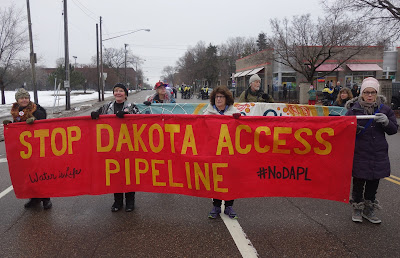 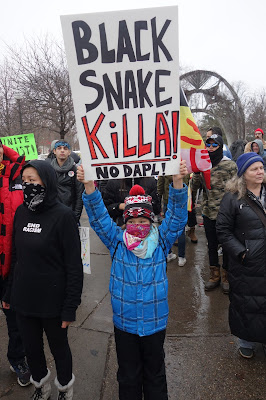 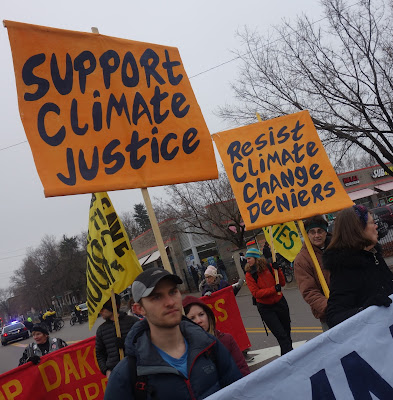 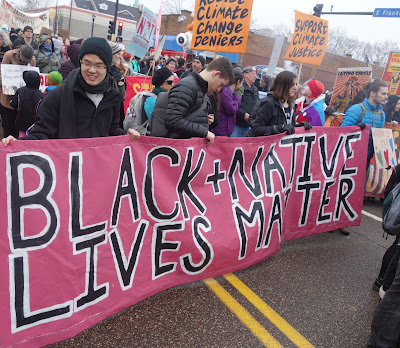 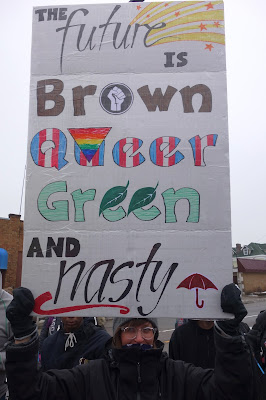 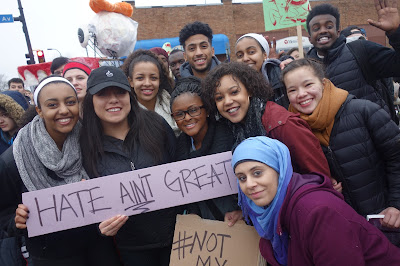 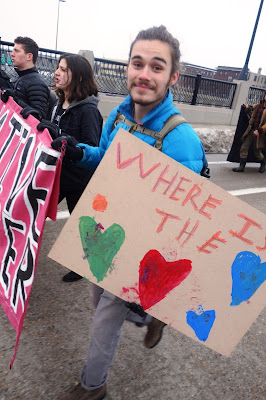 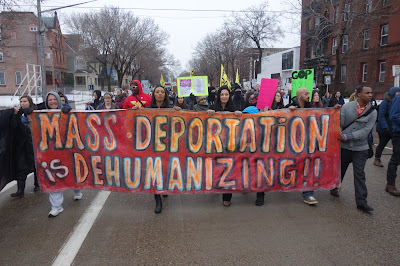 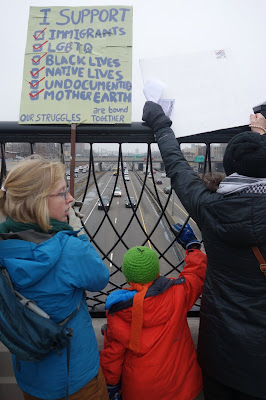 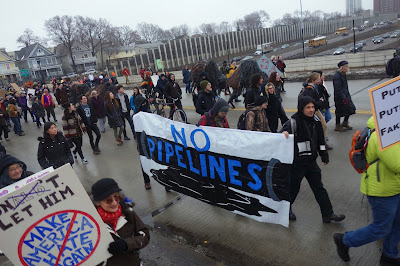 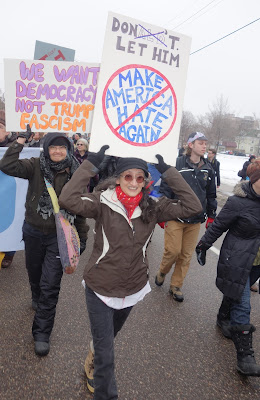 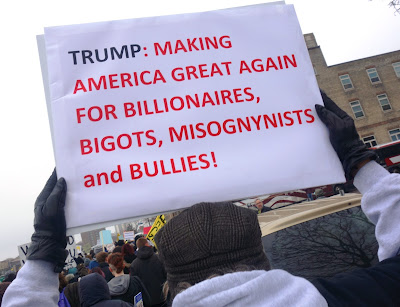 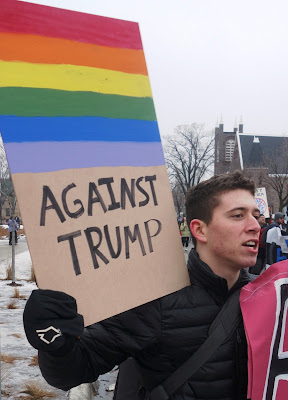 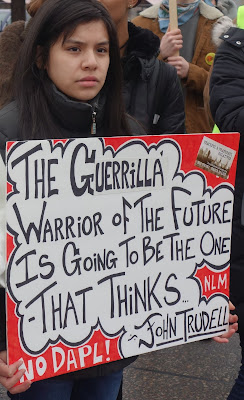 See also the previous Wild Reed posts:
• Inauguration Day in the Twin Cities
• Something to Think About – January 20, 2017
• On International Human Rights Day, Saying "No" to Donald Trump and His Fascist Agenda
• Progressive Perspectives on the Election of Donald Trump as President of the United States
• Carrying It On
• Standing in Prayer and Solidarity with the Water Protectors of Standing Rock
• Standing Together
• Quote of the Day – August 19, 2016
• Divine Connection

The coalition that planned the larger march and encouraged other marches to join in is Resist From Day One MN. This title quite deliberately left out Trump's name – voted on by the coalition – for exactly the same reasons that the Native American organizers of the Resist the Black Snake March did: so that the broader implications and issues could be emphasized.

Thank you, Michael. It was wonderful to be with you yesterday.