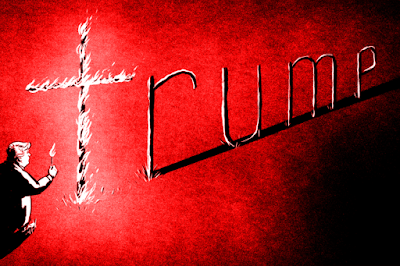 Perhaps like me you're finding it difficult to fathom the rise in violence against people of color, immigrants, Muslims and those who stand up for them. According to the Southern Poverty Law Center, a non-profit legal advocacy organization specializing in civil rights and public interest litigation, a major motivation for these types of "hate incidents" is white nationalism/supremacy. The Southern Poverty Law Center also documents how the number of groups motivated by this ideology has risen sharply since the presidential candidacy and subsequent election of Donald Trump. 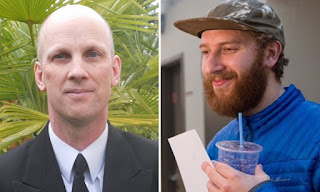 An example of this type of racist violence that has received significant attention is the murder of Ricky Best and Taliesin Namkai-Meche (above) and the wounding of Micah David-Cole Fletcher by known white supremacist Jeremy Joseph Christian. The three men acted selflessly and without concern for their own safety as they came to the aid of two women – one Muslim and the other African-American – who were being verbally assaulted and threatened by Christian last Friday in Portland, Oregon. 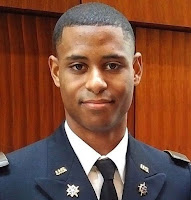 Best and Namkai-Meche are not the only people to have been killed or wounded by white supremacists during the first few months of Donald Trump’s presidency, one which critics say has normalized white supremacy and emboldened bigots.

On May 20, Richard Collins III (left), a 23-year-old African-American college student, was stabbed to death on the University of Maryland campus by Sean Urbanski, a white supremacist.

This past Saturday in California, Anthony Hammond, a 34-year-old white man, screamed racial slurs before pulling out a machete and stabbing an African American man, wounding him. 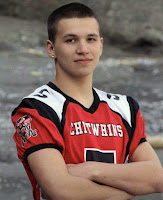 Also this past weekend, police in Washington State report that a white man in a pickup truck intentionally ran over two Native American men, killing one of them, 20-year-old Jimmy Smith-Kramer (right).

I noted at the beginning of this post that I struggle to fathom this type of racist violence. But then perhaps that's because I forget certain truths about U.S. history. Thankfully there are writers like Chauncey Devega who remind us of these truths, who help us understand the social and historical context of recent events in Portland and across the country. This context is crucial to know and accept if we wish to understand and effectively address the rise in white supremacy and racist violence that we're witnessing.

I close with an excerpt from Devega's May 30 Salon commentary, "Martyrs Against Racism in Donald Trump’s America: What Happened in Portland Was Shocking, But Not Surprising."


These murders are part of a larger trend. There has been a record increase in hate crimes and other violence against Muslims, nonwhites, Jews and immigrants that began with Donald Trump’s presidential campaign in 2016 and continues through to the present. The Anti Defamation League has documented how right-wing domestic terrorists — almost all of them white and Christian — have killed hundreds of Americans since 2007. The number of white supremacist and similar hate groups continues to grow in the United States, largely inspired by Donald Trump’s political message.

After much pressure, President Trump finally offered a comment about the killings of Ricky Best and Taliesin Namkai-Meche. Of course, he did not mention that Christian apparently is a white supremacist. Likewise, Trump has been mute on the killing of Richard Collins III in Maryland. As I observed in a previous essay, Trump’s relative silence about violence by white supremacists and their ilk against people of color, Jews and Muslims is expected and should not be surprising. Trump’s political brand is one of white racism, nativism, bigotry, misogyny and a naked embrace of white identity politics and its Herrenvolk “Make America great again” dream of treating black and brown people (and women) like second-class citizens in their own country. Why would Trump risk alienating his most reliable and enthusiastic supporters?

. . . Many Americans are shocked by the recent acts of racist violence in Portland and Maryland. That shock is perhaps understandable, but we should not be surprised. The country that twice elected a black man to the presidency is also the same nation that was founded on the centuries-long enslavement, rape and murder of African-Americans as well as genocidal violence against First Nations people. These sins are part of America’s national character; they are burned into our civic and cultural DNA. America also elected a plutocratic authoritarian racist as president, in the form of Donald Trump. He reflects the values held by many tens of millions of white Americans.

– Chauncey Devega
Excerpted from "Martyrs Against Racism in Donald Trump’s America:
What Happened in Portland Was Shocking, But Not Surprising"
Salon
May 30, 2017

UPDATES: What We Have Unleashed: This Year’s String of Brutal Hate Crimes Is Intrinsically Connected to the Rise of Trump – Jamelle Bouie (Slate, June 1, 2017).
Hate Is Alive in America – and It’s Tearing Us Apart – D. Watkins (Salon, June 1, 2017).
We Have Entered Trump’s Era of Deep, Racist, American Tribalism – P.L. Thomas (The Huffington Post, June 2, 2017).
“Fascism at Our Door”: Asked to Condemn White Supremacist Groups, Trump Tells Them to “Stand By” Instead – Jon Queally (Common Dreams, September 29, 2020).