From Musical Duo Aquilo and Director Davis Silis, a Chilled Electronic Reminder That It "All Begins With You" 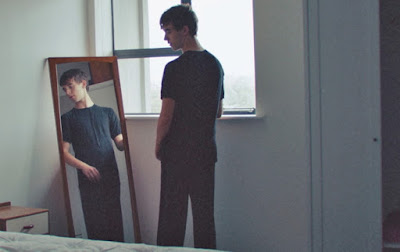 For "music night" this evening at The Wild Reed I share the dance-focused music video for Aquilo's 2013 song "Calling Me." This video was directed by Davis Silis in 2015 and features dancer Shaun Mendum (pictured above).

Aquilo (right) is an alternative musical duo from Silverdale, Lancashire, England, consisting of Tom Higham and Ben Fletcher. They first gained recognition in 2013 for their singles "Calling Me" and "You There," along with their five EPs. Earlier this year they released their debut album, Silhouettes. Aquilo's music has been described as "soft, calm electro-pop," "chilled electronic," and "a ravishingly refined sort of dreamily sad electronica."

About both the song and its accompanying video Dean Eastmond writes:

Not only does the track possess an intangible feeling of the sublime and airy, but the video beholds a feeling of Billy Elliot in the narrative-based song following a young gay dancer living in an urban environment.

The choral qualities of the vocals reverberate throughout the track. Sit back and just enjoy the pure solitary and positive loneliness of this track.

"Calling Me" not only takes us to church, but to heaven with its light and airy vibes.

Says director Davis Silis about the video he made to accompany Aquilo's "Calling Me": 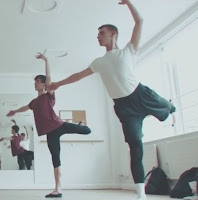 The narrative impulse behind "Calling Me" was immediate. A story familiar to us all. There’s a vulnerability we all face growing up. Grappling with who you are, who you want to become. You're driven by instinct as much as reacting to what’s going on around you. What others think of you. And that’s the battle we’ve all had to fight.

This video takes a direct perspective. What it’s like to be unsure - of your personality, your creativity, your sexuality, all of it. And the only way through it is to embrace who you are. To not let yourself be defined by what others think of you, but what you yourself believe in. So our protagonist discovers how to disarm the hostility around him; he stays strong, he holds his head high, and finally accepts who he is, even if others can’t. Because it all starts with you. 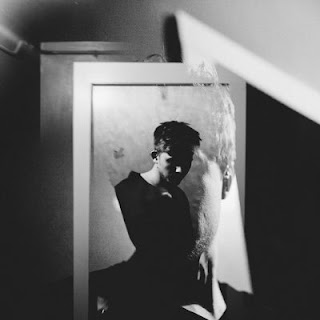 Labels: Coming Out, Dancer and the Dance, Music