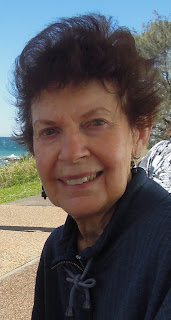 I've said it many times before and I'll happily and truthfully say it again: My two brothers and I are incredibly fortunate to have Margaret Anne Bayly (née Sparkes) as our mother. She’s a beautiful, wise and strong woman who extends care, kindness, and love to everyone she encounters.

I love you, Mum, and can’t thank you enough for who you are and for all you continue to be and give to me, my brothers, our family, and so many others whose lives are fortunate enough to be touched by yours! 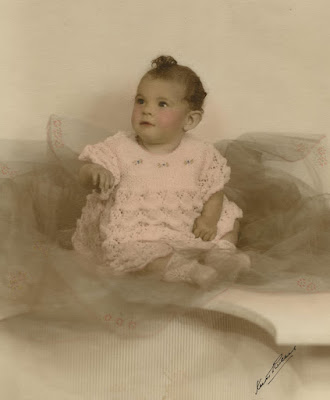 Above: My mother as a child. Mum was born in Gunnedah, New South Wales, Australia. She was the first of four children of Valentine and Olive Sparkes (nee Millerd). She also had two older half-siblings, Eric and Fay, from Olive’s first marriage to Eric Louis.

For more about Mum’s family and Gunnedah, click here. 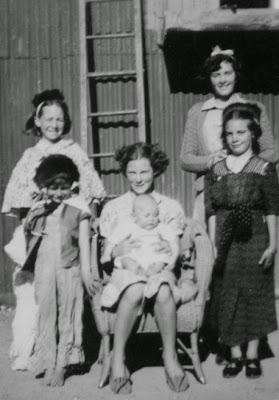 Above: That's Mum in the dark-colored dress, standing at right. Her older half-sister Fay is seated holding the youngest in the family, Ruth. That's my Uncle Michael standing at left. I don't know who the other two are. 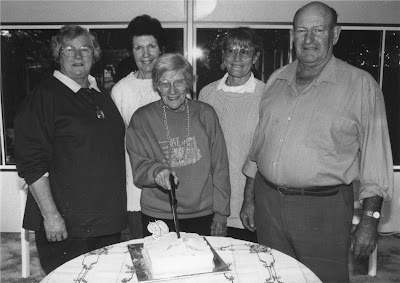 Above: My maternal grandmother, Olive Sparkes (1906-1997), celebrating her 90th birthday in 1996 with her children (from left) Fay, Margaret, Ruth, and Michael. (Two of Nanna Sparkes’ children, Eric and Catherine, died when they were young.) This particular photo was taken to accompany an article about Nanna’s birthday that appeared in Gunnedah’s newspaper, The Namoi Valley Independent. 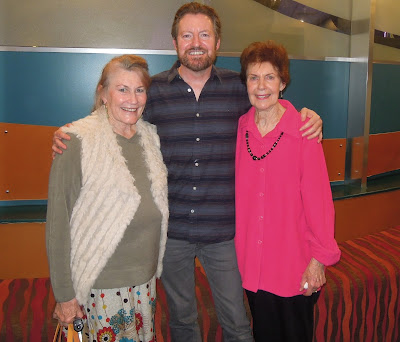 Above: With Mum and Aunty Ruth in Gunnedah this past August. 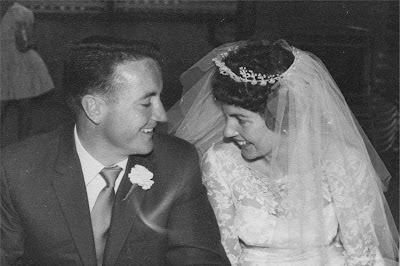 Above: My parents on their wedding day in Gunnedah, November 7, 1959. 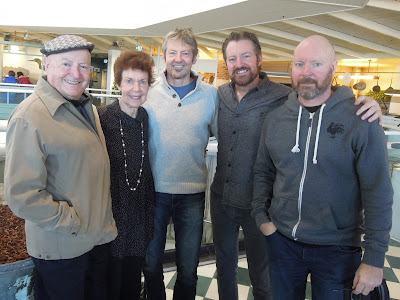 Above: Mum and Dad with their three sons, Christopher, Michael, and Timothy – Sunday, August 6, 2017. This photo was taken in Coogee, a beachside suburb of Sydney, where we gathered earlier this year to celebrate Dad's 80th birthday. 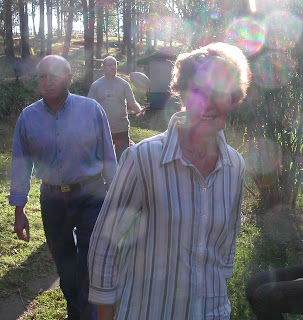 Above: Mum in September of 2006. That's Dad and my younger brother Tim (playing with a football) behind her. 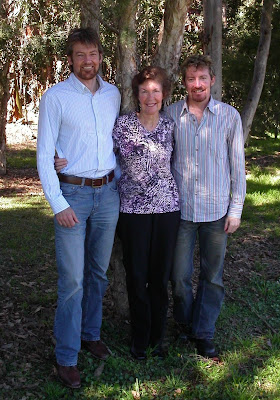 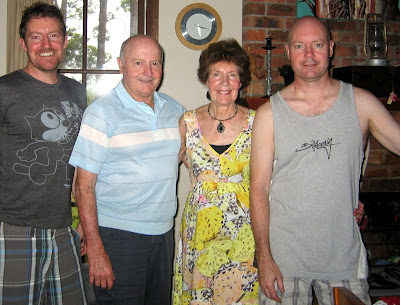 Above: My younger brother Tim and I with Mum and Dad – December 2010. 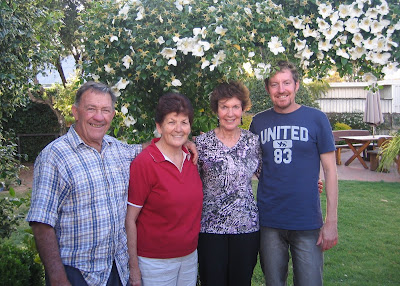 Above: With Mum and our good Gunnedah friends John and Heather Sills – September 24, 2006. 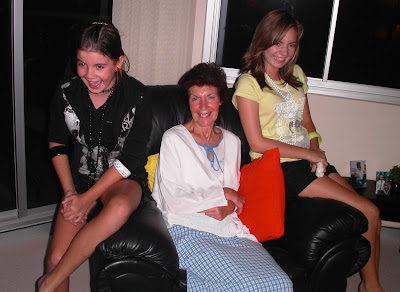 Above: Mum with her two granddaughters, Sami and Layne – January 2007. 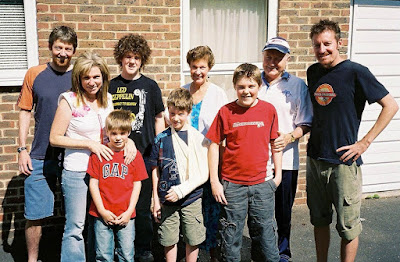 Above: Mum and Dad and I visiting my older brother and his family in London – August 2005.

From left: Chris, Cathie, Brendan, Ryan, Mitchell, Mum, Liam, Dad, and I. For some more up to date images of the family, click here. 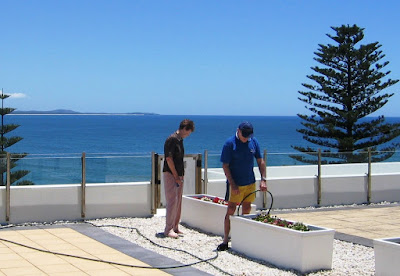 Above: Mum and Dad watering the flowers on the rooftop patio of their apartment at Swallows Ledge, Port Macquarie – December 2010. . . . Yes, that's quite the view! 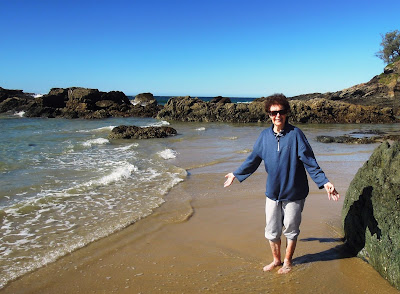