– Artwork by Joey Mason
Okay, it's true, with this post I'm totally channeling my inner geek. Or is it my inner hero? Maybe both! 🤣 . . . 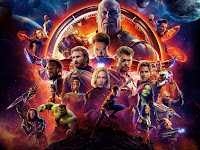 Over at Screen Rant, Matt Morrison ranks all 30 superheroes in Avengers: Infinity War "from worthless to most powerful" . . . and my two favorite Marvel superheroes – Black Panther and Scarlet Witch – are ranked #7 and #3 respectively, with the Scarlet Witch bested only by Thanos (#2) and Thor (#1). For those in the know, that's pretty impressive!

Below (with added images and links) is what Morrison writes about Black Panther and the Scarlet Witch . . . 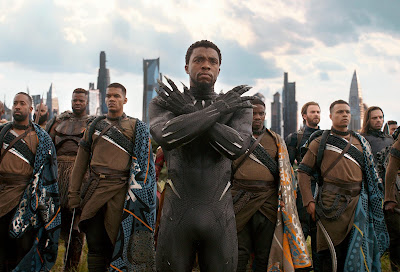 King T'Challa [Chadwick Boseman] of Wakanda has a number of advantages that make him one of the greatest fighters in the Marvel Cinematic Universe. He is at the peak of physical perfection; his body honed through continual training. He is a master of multiple martial arts and disciplines.

His already impressive physique is further enhanced by the Heart-Shaped Herb – a plant found only in Wakanda that gives those who partake of it strength, speed and endurance on par with the enhanced physicality granted by the Super-Soldier formula. The Heart-Shaped Herb also enhances the senses, granting perfect night vision, enhanced hearing and a sense of smell so strong one can track by scent like a bloodhound. 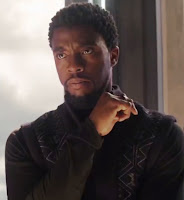 T'Challa is more than a good body, however – he has a genius intellect and a brilliant tactical mind to match! Coupled with the armor designed by his sister, Shuri, his traditional Vibranium weapons and all the resources that the most technologically advanced nation on Earth has to offer and there is little T'Challa cannot overcome with sufficient warning and time to plan. 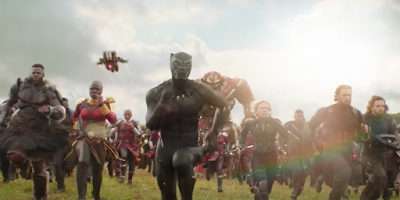 T'Challa acquits himself quite well in Infinity War, leading the charge against the Outriders in the Battle of Wakanda, with only Captain America managing to keep pace with him as he runs into the field of battle.

We see him tackle multiple opponents at once, cutting his way through opponents as only a true warrior king could.

One of two twins who was experimented on by HYDRA in a bid to create their own super-humans, Wanda Maximoff [Elizabeth Olsen] found herself cursed with strange abilities that defied explanation as well as control. A powerful telekinetic, telepath and energy manipulator, she was almost able to single-handedly take down The Avengers when she and her brother, Pietro, were set against them by Ultron. She later joined the team in the wake of her brother's passing, hitting it off with The Vision before being forced into hiding overseas following the events of Civil War. 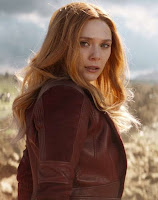 At first glance, Wanda doesn't seem to be much of a fighter. She's easily defeated by Proxima Midnight in a one-on-one fight, despite her considerable powers. She's also easily flustered and doesn't handle surprises well.

Give her a chance to find her footing, and the Scarlet Witch is potentially the most powerful and dangerous Avenger of them all.

When the Battle of Wakanda began in earnest, Wanda proved her worth and then some. She flipped several of Thanos' war machines away from the Wakandan military. She saved Black Widow from being destroyed by Proxima Midnight. Most impressively, she managed to hold back Thanos while he was empowered by five Infinity Stones while simultaneously unleashing and focusing enough energy with her other hand to destroy the Mind Stone!

As Okoye said, "Why wasn't she down here the whole time?!" 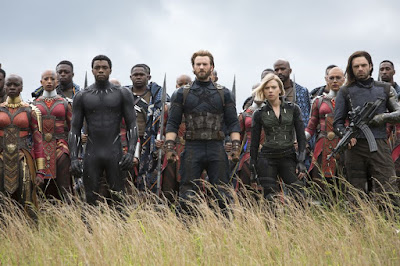 See also the previous Wild Reed posts:
• Season of the Witch
• The Important Cultural Moment That Is Black Panther
• Celebrating Black Panther – Then and Now
• One Divine Hammer
• Wolvie
• What the Vatican Can Learn from the X-Men
• The New Superman: Not Necessarily Gay, But Definitely Queer