Barbara Smith on Why She Left the Mainstream LGBTQI Movement 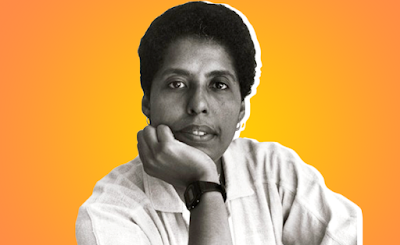 NOTE: This post serves as the sixth installment in The Wild Reed's 2019 Queer Appreciation series.


Throughout the month of June, The New York Times is doing a series of articles in which they ask 10 prominent members of the LGBTQI community (or "L.G.B.T.Q. community" as they write it) to reflect on their experiences in the decades after the Stonewall uprising. One of the people featured in this series is black feminist author and activist Barbara Smith, who talks about her disillusionment with the mainstream LGBTQI movement and why she ultimately left it.

Given my own disillusionment with much of the movement and my long-time efforts to instead make wider connections, I appreciate Smith's recollections and perspective, finding them both insightful and affirming.

Following, with added images and links, are Barbara Smith's reflections on her "life after Stonewall." 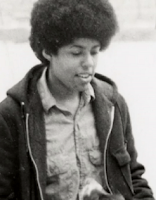 I have not been active in the organized L.G.B.T.Q. movement for a long time.

I enthusiastically participated in the first National March on Washington for Lesbian and Gay Rights in 1979. About 100,000 of us were there from around the country, a good turnout but much smaller than subsequent marches – when being out and proud was less dangerous.

At the second national march, in 1987, I was invited to be one of eight major speakers. It was exhilarating to speak before a crowd of nearly one million people. At the same time, it was devastating to see the vast AIDS quilt on display in one place for the first time, symbolizing so much human loss.

I felt ambivalent about the 1993 march. For me it was overly focused on gays in the military and in presenting our community as an affluent consumer group to win favor from the corporate mainstream. This supposed affluence was not even real except for a privileged sector of largely white gay men.

In 1999 the tight circle of organizers of the Millennium March in Washington reflected how narrow and hierarchical the movement had become. A group of us established the multiracial Ad Hoc Committee for an Open Process. Ted Beck, Mandy Carter, Chandra L. Ford, Kara Keeling and I wrote an open letter to the march organizers titled “Will People of Color Pay the Price?” Our efforts at opening up the organizational process were not successful. I did not attend the 1999 march or any subsequent ones. For me the Millennium March was the last straw. 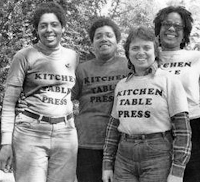 I prefer to put my energy into multi-issue organizing. In the 1970s and 1980s, I co-founded the Combahee River Collective, a black feminist group, and Kitchen Table: Women of Color Press to give women of color, lesbians of color and even gay men of color a voice.

Three decades later, despite some genuine efforts to increase diversity, especially in progressive movement circles, exclusivity and elitism still divide us. We have won rights and achieved recognition that would have been unimaginable 50 years ago, but many of us continue to be marginalized, both in the larger society and within the movement itself.

One in four people in the L.G.B.T.Q. community experienced food insecurity in 2017. Twenty-four percent of lesbians and bisexual women earn less than the federal poverty line. L.G.B.T.Q. youth have a 120 percent higher risk of experiencing homelessness than heterosexual, cisgender youth.

Black men who have sex with men have the highest rates of new H.I.V. diagnoses. People who are transgender, particularly transgender women of color, experience appalling levels of violence, and this violence is exacerbated by poverty and racism.

These statistics show it is not possible to achieve justice in a vacuum. Marriage equality and celebrity culture will not solve it. Neither will political agendas focused on unquestioned assimilation. Gaining rights for some while ignoring the violation and suffering of others does not lead to justice. At best it results in privilege.

Unless we eradicate the systemic oppressions that undermine the lives of the majority of L.G.B.T.Q. people, we will never achieve queer liberation. 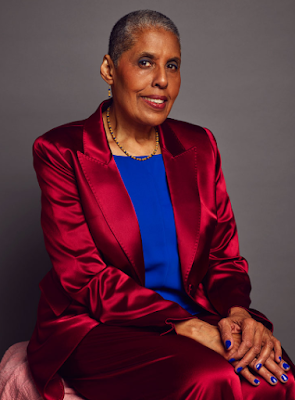 NEXT: Remembering the Stonewall Uprising
on Its 50th Anniversary

See also the previous Wild Reed posts:
• Michelangelo Signorile on the Rebellious Purpose of Queer Pride
• Reclaiming and Re-Queering Pride
• Police, Pride, and Philando Castile
• Making the Connections
• Standing with Jennicet Gutiérrez, "the Mother of Our Newest Stonewall Movement"
• Steven W. Thrasher on the Bland and Misleading "Gay Inc" Treatment of the Struggle to Overturn Prop 8
• A Lose/Lose Situation
• The Queer Liberation March: Bringing Back the Spirit of Stonewall