Remembering the Stonewall Uprising on Its 50th Anniversary 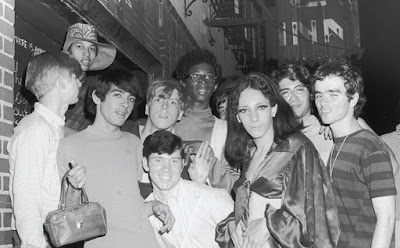 Fifty years ago today, at 1:30 in the morning on June 28, 1969, New York City police officers raided a gay- and trans-friendly bar called the Stonewall Inn on Christopher Street in Greenwich Village. As the police began dragging some of the patrons out, the community fought back, sparking three days of unrest and rioting. Their historic resistance launched the modern-day LGBTQ movement and became known as the Stonewall uprising.

Stonewall, Thayer reminds us, "wasn’t just an uprising for LGBT rights — it was also part of a broader movement that fought racism, war, and poverty." To go beyond today’s "tepid gay activism," Thayer says, we need to remember and embody anew the uprising's anti-capitalist spirit. 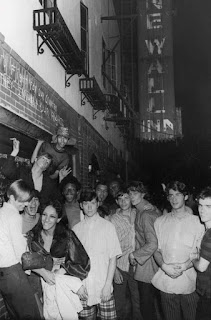 The police raid on New York’s Stonewall Inn fifty years ago this month is widely viewed as the most pivotal event in LGBT* history, spawning a movement which prompted many millions around the globe to come out of the closet and fight for their freedom. But for all its significance, the movement launched by the 1969 Stonewall Rebellion remains poorly understood today, even by many radical LGBT people who sing its praises.

Black Lives Matter activists today make the legitimate complaint that “moderates” defang the radical ideas of such bold predecessors as Martin Luther King, Jr, Ella Baker, Malcolm X, and the Black Panther Party by either outright distorting their ideas or ignoring them altogether. Likewise, on this half-century anniversary of Stonewall, we should expect similar treatment from “mainstream” LGBT people, liberals and conservatives alike, for whom Stonewall is an occasion for vacuous self-congratulation, and parades of rainbow-themed beer floats and politicians.

Stonewall was a profoundly radical event, and not just because a multiracial group of LGBT people rioted for a few nights against the police, turning a routine aspect of anti-gay oppression on its face. 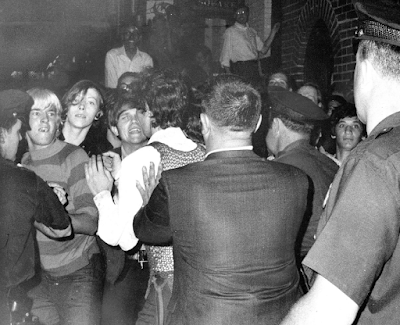 The Stonewall movement unapologetically challenged generations of gender stereotypes, a huge contrast with the moderate “homophile” movement that had preceded it. Whereas homophile activists had obsessed at proving how “normal” and “unthreatening” LGBT people were to society as it already existed, Stonewall-era activists consciously saw society itself as sick and in need of radical revision.

Whereas today only a radical minority of LGBT activists decry racist violence by the police and US military to the point of calling for the abolition of both institutions, during the Stonewall era, many LGBT activists supported the overtly revolutionary Black Panther Party as it faced a nationally coordinated campaign of police violence.

Whereas today most LGBT nonprofits have nothing to say about Americas war’s abroad, or worse, wrap themselves in US patriotism, most local Stonewall-era organizations adopted the name “Gay Liberation Front” (GLF) in conscious solidarity with Vietnam’s “National Liberation Front” fighting against US troops. They rejected US nationalism and hoped the Vietnamese would defeat the United States and force it out of their country.

In short, the Stonewall movement was the antithesis of respectability politics, representing instead a radical anti-oppression politics that thoroughly critiqued all of US society.

Despite some ham-fisted attempts to whiten the event, most firsthand accounts note that the Stonewall Inn was a lower-class “dive bar” with a racially mixed clientele, including sexual minorities of all sorts. Recent years have seen vigorous debates about the gender identity, race, and sexual orientation of the person who threw the first brick in retaliation for the police raid, endlessly trying to determine if it was a trans woman of color who threw the brick, a lesbian woman (race unspecified) who actively struggled as police threw her into a squadrol, or someone else entirely.

But aside from debunking any notion that it was the upper-crust, Human Rights Campaign cocktail-sipping crowd who rebirthed our movement, the debate is pointless. That’s because the riot at Stonewall wasn’t unique.

There were at least three other LGBT riots in reaction to violent police raids on LGBT venues between 1966 and 1969. Furthermore, given how poorly documented Stonewall was at the time — just a snarky Village Voice article and a few photographs — it’s likely that there were other LGBT riots around the same time that are now lost to history. 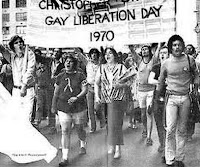 To read article "Why Stonewall Matters Today" in its entirety, click here.

NEXT: In a Historic First, Country Music's
Latest Star Is a Queer Black Man

For previous installments in The Wild Reed's 2019 Queer Appreciation series, see:
• Quote of the Day – May 31, 2019
• James Baldwin's Potent Interweavings of Race, Homoeroticism, and the Spiritual
• John Gehring on Why Catholics Should Participate in LGBTQ Pride Parades
• A Dance of Queer Love
• The Queer Liberation March: Bringing Back the Spirit of Stonewall
• Barbara Smith on Why She Left the Mainstream LGBTQI Movement