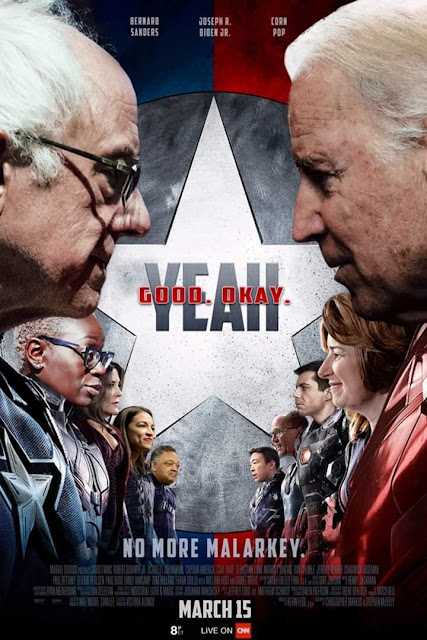 . . . and what it will really take to defeat Donald Trump

I appreciate spiritual author and former presidential candidate Marianne Williamson's take on the current “contest” being played out in the Democratic party between moderates and progressives, and on what it will “really take” to defeat President Trump in November.

Although this interview was conducted yesterday, ahead of Super Tuesday's results and the changes they brought about in the Democratic presidential race, Marianne's insightful comments are still very much relevant to what's happening politically and, in her words, “on a level of energy” in the United States.

There is a contest within the Democratic party between the moderates and the progressives. The moderates say we should take an incremental approach to America's course correction and the progressives say we need a fundamental and a quick course correction. And the course correction is due to the fact that we've strayed. American capitalism has strayed from its conscience . . . and has become untethered to ethical and moral consideration to people and planet, and our government has become little more than a system of legalized bribery which is a handmaiden to those forces. That is the contest being played out, primarily today between Biden and Bernie.

I personally think that what's going to beat Trump is passion and conviction. When you look at all of those Trump rallies and look at how much passion and how much conviction his supporters have, we need a candidate who ignites that same kind of intense passion but in a progressive and genuinely democratic way. And the person, the one candidate who has proven that he can make that happen is Bernie Sanders. Look at those rallies. We have that on our side, and it's not with the likes of Joe Biden.

UPDATE: Marianne Williamson on The Story with Martha McCallum, March 4, 2020.

As one friend said about Marianne's post-Super Tuesday appearance on the Fox News channel:

This is a graceful interview with the tone and tenor so desperately needed in our public discourse today. Thank you, Marianne. 🙏🏼