Mia Birdsong on the “Queering of Friendship” 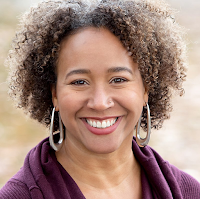 The Wild Reed's 2020 Queer Appreciation series continues with an excerpt from Mia Birdsong's insightful June 20 Salon article, “The Queering of Friendship: Rethinking Platonic Relationships, Guided by LGBTQ Models.” It's an article that's actually an excerpt from Mia's book, How We Show Up: Reclaiming Family, Friendship, and Community.

The idea of platonic boyfriends/girlfriends/partners and “Boston marriages” (a 19th-century phrase describing two women who shared a life and lived together without the support of a man) has been around for a while. Back in the day, sometimes these relationships were actually sexual relationships between folks who couldn't be out as gay because it was illegal, socially unacceptable, and dangerous. But sometimes they were intimate non-sexual friendships.

A more modern umbrella term for these relationships is queerplatonic. The word was coined, defined, and redefined by asexual and aromantic people to describe a relationship that is not romantic, but emotionally closer than what we generally think of as friendship. The “queer” part is not about sexuality, but about the queering of our ideas about what relationships look like. As writer and activist Shon Faye puts it, “Queer is about removing labels and replacing them with a question. It is a side eye and a challenge back to mainstream society and politics. It says, 'I don't know the answer, but why are you asking the question?'” Queering relationships is rejecting the restraints of convention, but it's also liberatory truth-finding. It allows us to look at a relationship (and so many other things) stripped of preconceptions and ask, What is this really? What are the components? What is happening inside of it? Anyone of any sexual orientation, gender, or other relationships status can be in a queerplatonic relationship.

Having more language and examples that articulate a way to be in relationship with others outside conventional understanding is affirming because I have, and want more, relationships like that. Even though I'm not aromantic or asexual, the paths people with those identities are forging to be wholly who they are makes room for the rest of us too. People are living into identities that aren't accepted or even recognized by society at large. Their insistence on self-definition creates space for all of us to be self-determined in our identities.

. . . “I think of my family as a queer family even when it's full of straight people. This is an unconventional approach to family,” Gabi, who is queer, transgender, and genderqueer, told me, reflecting on the idea that “queering” is about bucking convention — not just for its own sake, but because it's what actually works. They told me, “I love the defiance of the bumper sticker 'Not gay as in happy but queer as in fuck you.'”

. . . Perhaps part of our challenge in thinking expansively about our friendships is that we're limited by the word friend. Like community, the word friend has come to be so broad as to have lost meaning. We can have thousands of “friends” on social media, including people we have never met and make no effort to know. Friend can describe a work acquaintance whose personal life you know nothing about or a close intimate with whom you share history and your realest self. There are beautiful words in languages other than English that get at some of the richness and variety of friendship, like the Gaelic phrase anamcara, which literally translates as “soul friend”; or the Aramaic havruta, which means “friend” and, depending on your brand of Judaism, can mean a person with whom you study the Torah or someone with whom you engage in self-education; or the Japanese nakama, which can mean “buddy” or “people who you can trust in all things.” And then there is the Black American practice of applying familial words to friends who are like family, like auntie or brother. Knowing that there are other words supports my ability to see the possibilities that were previously obscured to me even if I never use them.

While part of what I'm working toward is flattening the relationship hierarchy, I'm also clear that my friendships are part of what keep my marriage working. I get a range of love, affirmation, attention, inspiration, perspective, and engagement that isn't dependent on my husband or the state of our relationship. My husband, as wonderful as he is, does not have much to offer me when it comes to some things that are important to me, like narrative change strategy or Black feminist liberation (and I don't have much to offer him when to comes to music creation or particle physics). When I am pissed at him, my friends allow me to vent, but also move me toward empathy and reconciliation. And there is a deep joy and rightness with the world that I get from sitting in the presence of my closest girlfriends, loving one another, laughing, eating, drinking, and being unapologetically ourselves, something that no man will ever give me.

To read Mia Birdsong's article on the queering of friendship in its entirety, click here.


NEXT: The Distinguished Rhone Fraser:
Cultural Critic, Bibliophile, and Dramatist

For previous installments in the The Wild Reeds' 2020 Queer Appreciation series, see:
• Zaylore Stout on Pride 2020: “What Do We Have to Be Proud Of?”
• Francis DeBernardo on the U.S. Supreme Court Ruling on Title VII: “A Reason for All Catholics to Celebrate”