Reacting to the Effects, Not the Cause, of What Ails Us 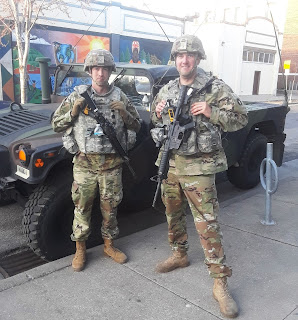 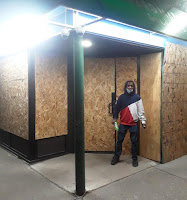 It’s an act of desperation – if not outright cowardice – to spare no expense in military might while investing in the cheapest plywood, all in an effort to protect this state’s investment in whiteness. If power has to be maintained through overwhelming force, or even hastily built barriers, those of us standing in trauma on the other side have to wonder who’s really being protected.

Driving into Minneapolis from my workplace in Coon Rapids Friday afternoon, I was shocked to see the number of National Guard soldiers, all heavily armed, and their military vehicles on the steets. I mean, I get it . . . to a degree. There is still much unrest in the Minneapolis suburb of Brooklyn Center over the recent police killing of Daunte Wright, and tomorrow, Monday, the jury in the trial of former police officer Derek Chauvin, charged in the killing of George Floyd while in police custody last year, begins its deliberations. A verdict could be reached as early as tomorrow.

Clearly, city officials and many residents are nervous about a repeat of last year’s urban unrest and destruction if Chauvin is not found guilty. Yet for others, the presence of such a strong militarized force on the streets of Minneapolis is unsettling and problematic.

The corporate mainstream media maintain that Minneapolis is "on edge." Well, certainly many white Minneapolis residents are on edge, especially for their businesses and property. Again, I get it. But at the same time I also recognize that Black residents throughout the country are exhausted and on edge all the time, given the stress around the economic disparity the vast majority of them have to deal with on a daily basis, and the perpetual threat of state-sanctioned violence at the hands of law enforcement, a threat that’s all too real regardless of how well they might be doing financially.

I think we need to be very clear: The military presence we’re seeing in Minneapolis is a response to the effects of our economic and political system. The cause of these effects, namely the long-standing racial injustice that undergird and permeate these same systems, remains largely ignored by those in authority and many of those white citizens nervously awaiting yet more of the effects to make themselves known. And yet . . .

Seeking to solve a problem merely on the level of effect is not a true solution but only a temporary fix. Only when we address the level of cause – most fundamentally the thoughts that caused the original deviation from love – do we produce fundamental results.

I don’t have the answers or solutions, though I’m pretty sure where and how we can start. In addition, there are many people – Black and white – who have spent years, in some cases decades, thinking about, researching, and community-building around a range of responses and solutions. I long for their voices and perspectives to be lifted up in both the political and mainstream media arenas. 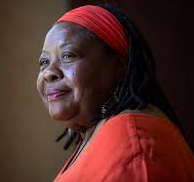 I lift up four of these voices in this post: Marianne Williamson and Justin Ellis (whose words open this post), Rabbi Michael Adam Latz (whose words are shared below), and social justice activist, scholar, and public theologian Ruby Sales (right) who features in the video embedded at the end of this post. All speak of – or to – the need to "create a new story" for our world, a story of healing and justice in our time. 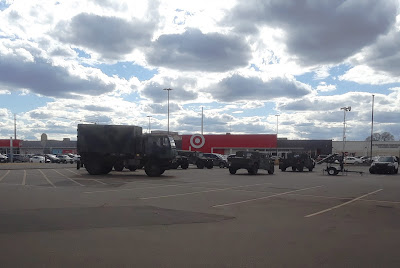 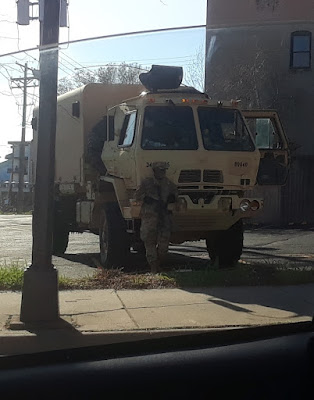 We have now criminalized public grief. We are living in a war zone. National guard tanks throughout the city. Guard members in fatigues and combat gear dressed for Bagdad or Fallujah, not Minneapolis or Brooklyn Center.

Imagine instead of spending millions of dollars on national guard troops and criminalizing blackness, what if instead public leaders invested those dollars into communities? What could we do if people – especially Black and Brown and Native and Asian and Immigrant and Muslim and poor people – had vast public parks, quality education, affordable college, clean drinking water, fresh affordable food within walking distance of their homes, vast public transportation, health care that includes mental health care and trauma care, high speed internet everywhere, and vast resources for mental health, parental respite, and thick communal support?

Policing – as it currently exists – is fundamentally broken.

We don’t suffer from a lack of resources, only a lack of imagination. We must radically transform public safety. Our neighbor’s lives depend on it. And so does our humanity. 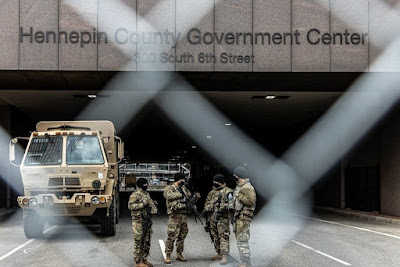 Above: Members of the National Guard patrol behind a security fence perimeter surrounding the Hennepin County Government Center, where the trial of former police officer Derek Chauvin is being held – Minneapolis, March 31, 2021. (Photo: Kerem Yucel / AFP via Getty Images) 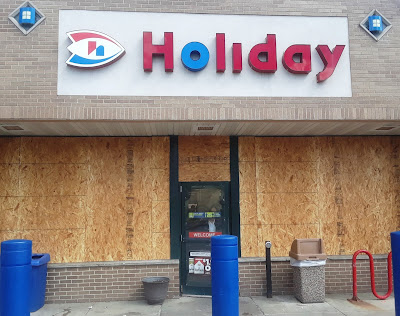 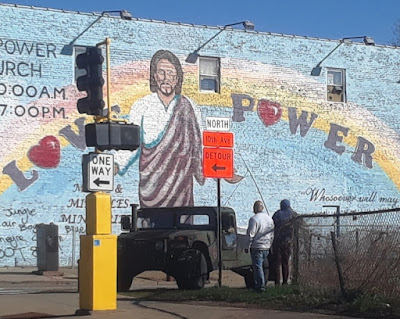 The following reflection by activist, scholar, and public theologian Ruby Sales is part of the Healing Our City Virtual Prayer Tent, a daily time of prayer and meditation during the trial of Derek Chauvin for the murder of George Floyd. This virtual prayer tent is inclusive of all faiths, colors, genders, and orientations. You can be part of it each day at 8:00 AM Central time by clicking here..

See also the previous Wild Reed posts:
• The Problem Is Ultimately Bigger Than Individuals. It’s Systemic
• “And Still and All, It Continues”
• Bearing Witness
• “I Can’t Breathe”: The Murder of George Floyd
• He Called Mama. He Has Called Up Great Power
• Honoring George Floyd
• “New and Very Dangerous”: The Extreme Right-Wing Infiltration of the George Floyd Protests
• Emma Jordan-Simpson: “There Will Be No Peace Without Justice”
• Out and About – Spring 2020
• The Language of the Oppressor
• A Very Intentional First Day of the Year