“Better Than Callas We Will Never See” 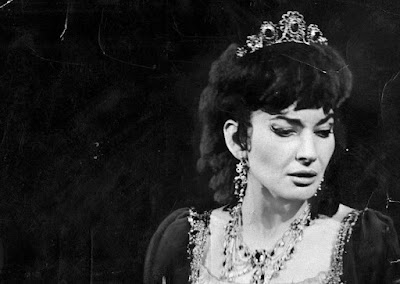 It is not true that I am impulsive and capricious. It is true that I have my exigencies, and how I do. But not for myself, only in order to reach the goal to which I have dedicated my existence: to perpetuate the noble art of grand opera.

Here at The Wild Reed I commemorate Callas and her artistic legacy with a special compilation of images and quotes. Enjoy! 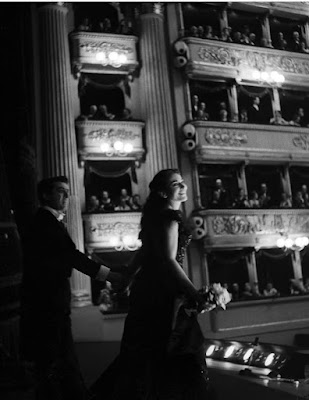 If Callas had been merely a technically brilliant singer, endowed with the voice of an angel – “merely” is perhaps not the right word here – she would take her place in the annuls of opera, and only in those of opera, as an interesting and provocative interpreter. As it is she has also aroused imagination, curiosity, love of sensation, and affection as well as the hatred of those who did not want their experience of opera influenced, let alone changed. In a deeper sense she has become an artistic figure of quite a different kind, one over which passions did, and continue to, ignite. 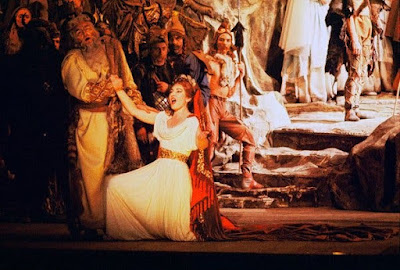 Maria Callas empowered the nightingale [roles of opera, i.e. the bel canto roles] with a strength and depth of feeling nobody had thought to offer them in modern times. She gave them credibility as drama. And the supreme, showpiece vehicle for what she could do was Bellini’s Norma: her greatest role, which she officially recorded twice and sang on stage no less than 84 times.

– Michael White
Excerpted from “Callas: A Life for Sale”
via The Wild Reed
September 16, 2013 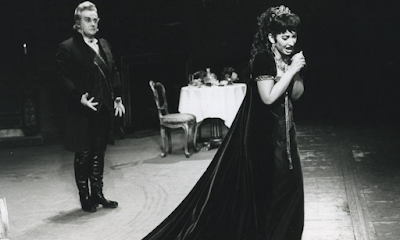 Maria was Tosca [above] every second of the performance. The way she moved and sang, the way she listened to colleagues when they sang. She filled dramatic pauses with her presence, her ability to sustain tension. She was genuine, authentic, without the old clichés. Better than Callas we will never see. 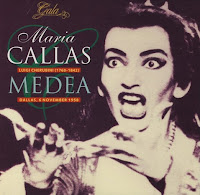 I worship Callas because she made mistakes, and because she seemed to value expressivity over loveliness. We don’t believe in nature anymore, but Callas put forth the effect of nature as opposed to the appearance of order, and offered an acceptable, digestible anarchy, a set of sounds on the verge of chaos – but enjoyably so. Here lay the danger, the lure: she was a mess and she was a goddess.

Her voice gave evidence of long attempts to domesticate the unacceptable. Recording producer Walter Legge commented that in her muted middle range she sounded as if she were singing into a bottle. . . . Enjoying Callas’s muffed voice, one declared affinity with hidden things.

– Wayne Koestenbaum
Excerpted from “The Callas Cult”
in The Queen’s Throat: Opera, Homosexuality,
and the Mystery of Desire
Vintage Books, 1993
pp. 136-137 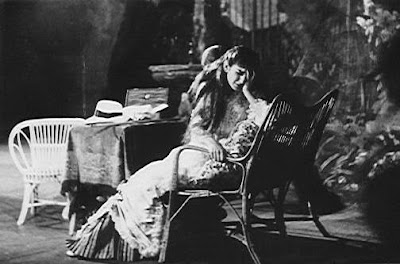 Callas’s mid-range was characterized by a covered or “hooded” quality which puzzled or annoyed listeners. Vocal buffs in post-war years were accustomed to a clear bright (“Italian”) tone in the middle register, and this “veil” in Callas’s equipment prompted one critic to observe that it sometimes sounded as if the voice were produced from inside a bottle. Another would mention “the curious inward sound of the singing – as if to herself.”

Others, myself among them, found this tone mysteriously beautiful and phosphorescent. Callas would use this special quality (often imitated today) to produce unforgettable dramatic and musical strokes [as in La traviata, above]. By means of those strange disembodied sounds, “ghost tones” as I call them, she could convey a state of mind or spiritual affliction. This coloration pervaded Callas's conception of Lucia, particularly in the heroine’s most troubled or private moments; it also made the floating morendo effects in Violetta’s death scene particularly poignant, adding to the total atmosphere the soprano meant to achieve.

How can we fittingly remember Callas? We can recall the musician who re-shaped the operatic canon, revealing the musical and dramatic integrity of works (by Rossini, Bellini, Donizetti, and others) once dismissed as mindless showpieces for canary-like singers. We can think of the artist who, in upholding the ideals of dramma per musica, drew to the opera house directors from the so-called “legitimate” theatre, crossly informing one such colleague who demurred, “I don’t want opera directors. I want directors.” Granted, there remain pockets of provincialism (New York, for example) where opera is seen as a concert in costume. . . . Most everywhere else, though, Callas’s example continues to shape what audiences see and hear. . . . Finally, we can remember the awkward little girl with a wayward voice who, through unsparing hard work, became an artist whose musicianship, glamour, and quest for dramatic truth transfix music lovers even now, some [fifty] years after her last appearances in opera.

The following video is of Maria Callas singing “Vissi d’Arte” (“I lived for art”) from Puccini’s Tosca at Covent Garden in 1964.


I lived for art, I lived for love,
I never hurt a soul!
. . . Always with sincere faith
I gave flowers to the altar.
In this hour of pain,
Why? Why, Lord?
Why do you pay me back like this?