In yet another sign that the world turns only forwards, popular syndicated advise columnist Jeanne Phillips, aka Abigail Van Buren, has come out in support of gay marriage.

In an October 9 interview with the Associated Press,

“Dear Abby” declared: “I believe if two people want to commit to each other, God bless ’em. That is the highest form of commitment, for heaven’s sake.” 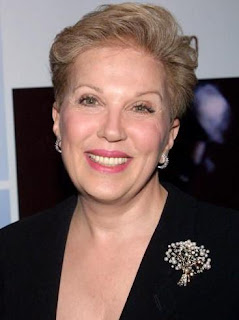 The Associated Press article also notes that as a result of her long-time support of gay people, her condemnation of offensive and misguided homophobic jokes, and her criticism of parents who reject or try to reform their children when they come out of the closet, Phillips has been honored by Parents and Friends of Lesbians and Gays (PFLAG), a national advocacy group that provides support for gay people and their families.

Following are excerpts from the Associated Press article about Dear Abby’s accepting and supportive stance on gay people.

The original Abby, Phillips’ 89-year-old mother, Pauline, helped put PFLAG on the map in 1984 when she first referred a distraught parent to the organization.

Jeanne Phillips, who formally took over the column when her mother was diagnosed with Alzheimer’s disease five years ago, has continued plugging the group, as well as its affiliate for parents with children who identify as transgender, and a suicide hot line aimed at gay teenagers.

“I’m trying to tell kids if they are gay, it’s OK to be gay. I’ve tried to tell families if they have a gay family member to accept them and love them as they always have,” she said Friday.

PFLAG director Jody Huckaby said Abby is the perfect choice for the first “Straight for Equality” award, part of the group’s new campaign to engage more heterosexuals as allies.

“She is such a mainstream voice,” Huckaby said. “If Dear Abby is talking about it, it gives other people permission to talk about it.”

Alert “Dear Abby” readers may have noticed that the youthful attitude Phillips promised to bring to the column includes a decidedly gay-friendly take on most matters.

In a March 2005 column that touched a nerve with some readers, for instance, Phillips came down unequivocally on the side of scientists who say sexual orientation is a matter of genetics, not personal choice. She advised a mother who had cautioned her 14-year-old daughter to keep her feelings for other girls secret to “come to terms with your own feelings about homosexuality.”

Last year, addressing a groom whose gay brother refused to serve as best man or even attend the wedding because he did not have the right to marry, she made it clear her sympathies lay with the boycotting brother.

“Accepting the status quo is not always the best thing to do,” she wrote. “Women were once considered chattel, and slavery was regarded as sanctioned in the Bible. However, western society grew to recognize that neither was just. Canada, Belgium, the Netherlands and Spain have recognized gay marriage, and one day, perhaps, our country will, too.”

Phillips, who lives in Los Angeles, said she isn’t worried that aligning herself with gay rights advocates will cause newspapers to censor or cancel the column, which appears in about 1,400 newspapers.

Her outspokenness on gay rights issues has never caused a strong backlash, said Kathie Kerr, a spokeswoman for Universal Press Syndicate, which distributes the column. It’s possible some editors choose not to run the segments dealing with homosexuality, but if so they have not complained to the syndicate, Kerr said.

. . . Right now, Abby, as Phillips prefers to be called, is working on a reply to a woman who wanted to know whether she should include childhood photographs of her transgender brother-in-law in a family album. The woman is worried what she will tell her children when they see pictures of their uncle as a little girl.

Phillips’ guidance to Worried Reader will be simple, she said: Include the photos, of course. Silence is the enemy. Answer any questions the kids have honestly – Uncle John was born with a body of the wrong sex, so even when he was called Jane he was really John inside.

Phillips said that while it might be tempting to devote an entire column to why she thinks jokes invoking homosexual slurs are in poor taste, she does not plan to spell out her views on gay marriage in print any more directly than she has already.

“If they are my readers, they know how I feel on the subject,” she said. “I don't think I’m a flaming radical. I’m for civility in life. I’m for treating each other with respect, trying to do the best you can.”

To read the Associated Press’ article on “Dear Abby” in its entirety, click here.

See also the previous Wild Reed posts:
The Changing Face of “Traditional Marriage”
The Real Gay Agenda
Grandma Knows Best
Vermont Mother Tells It Like It Is
Naming and Confronting Bigotry
Posted by Michael J. Bayly at 1:22 AM