Signs of Hope and Creativity 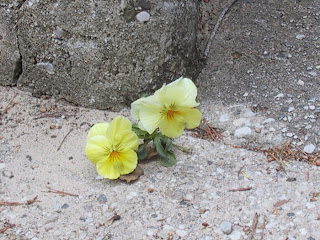 I enjoy seeking out signs of hope – especially ones that reflect creativity and solidarity, and that accordingly give hope and encouragement not only to lesbian, gay, bisexual, and transgender (LGBT) Catholics, but to all Catholics longing to fully participate in the life and pilgrim journey of their Church.

It’s so easy to focus on and react to the negative. This is especially true when the hierarchy of the Roman Catholic Church, far from embodying a pilgrim church, is, as Rosemary Radford Ruether accurately notes, in a state of “stasis or backward retreat.”*

Yet as Ruether also observes, the more the hierarchy stagnates and retreats, “the more freewheeling the creative initiatives that pop up on the ground.”

And, my friends, it’s so true! We’re seeing such “creative initiatives” emerging all the time and all around the world.

Here in Minnesota, I’m honored to be working with a growing coalition of Catholics dedicated to the Progressive Catholic Voice.

Across the U.S., the Lay Synod Movement is burgeoning, while the Women-Church Movement has been embodying and inspiring egalitarian and communal models of ministry for over 25 years.

In Holland, Catholic communities are exploring different forms of liturgy, and justifying their actions on their reading of a key Vatican II document – specifically, this document’s placing of the chapter on the church as the “people of God” before the one on the church as an “hierarchical organization.” The ordering of these chapters, the Dutch liturgical innovators insist, implies the replacement of a “pyramidal” Church with an “organic” Church, with the initiative belonging to the laity.

In Australia, a prominent and well-respected bishop is calling for “radical” reform of the Church.

And in Mexico, a gay Catholic youth group not only successfully ministers to forty young people, but does so with the blessing of the local diocese!

I’d like to particularly focus today on this last “sign of hope and creativity.” And I’ll do so by sharing an excerpt from David Agren’s Catholic News Service article that first reported this heartening story in August. 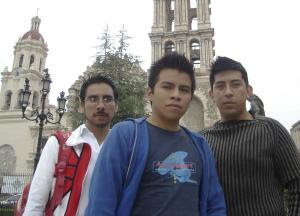 SALTILLO, Mexico (CNS) – Noe Ruiz, 27, teaches elementary school in Saltillo, Coahuila’s state capital, about 200 miles south of the Texas border at Laredo. Like many in northern Mexico, Ruiz is Catholic and actively practices his faith.

Unlike many in his hometown, he is openly gay and coordinates a gay Catholic youth group, which operates with the blessing of the local diocese and serves 40 young people. But it has not always been easy, he said.

“The environment here in Saltillo is very traditional,” Ruiz said, although he added that attitudes were softening.

Ruiz said Comunidad San Elredo is the only gay Catholic youth group in Mexico. While accepted within the diocese, Ruiz acknowledged some unease among Catholics in other parts of the country.

“The church in Mexico is very conservative,” he said. “At the moment we’re being supported (locally), but there are many people that disagree with us.”

“They need to be defended because they have been victims of discrimination. . . . They’re among the most marginalized groups,” he explained.

. . . To better serve the gay community in Saltillo, Comunidad San Elredo – named for St. Aelred, a 12th-century English abbot – was founded five years ago by two gay, 18-year-old, Catholic-youth-group leaders working with Father Robert Coogan, an American originally from New York who normally serves the prison populations in the diocese.

Father Coogan said he sensed a need for a gay outreach program after a growing number of young gay men started coming to him for confession.

“There were enough gays coming to me that it warranted pastoral attention,” he recalled. “They had the assumption that someone from the U.S. would be more open.”

San Elredo now serves about 40 young people, who meet on a weekly basis and celebrate Mass once a month. During individual discussions with Father Coogan, many gays often speak about feeling confused along with the pain of being rejected by family members and ridiculed by classmates. Father Coogan said the low-key approach works well when dealing with contentious issues like homosexuality. . .

Father Coogan said San Elredo’s objectives – the most important of which is “fomenting a deep love of God” – fit with the inclusive pastoral approach of Bishop Vera.

The priest said the bishop “has said from the very beginning of when he arrived that the church was for everybody.”

To read David Agren’s article in its entirety, click here.


* Quotes by Rosemary Radford Ruether are excerpted from her article, “Creativity at the Grass Roots,” National Catholic Reporter, September 7, 2007.

For more signs and stories of hope, see these previous Wild Reed posts:
• Something We Dare Call Hope . . .
• “A Courageous Document”
• An Australian Bishop’s “Radical” Call for Reform
• Rita Larivee on Being “Authorized by Baptism”
• Worldwide Vigils Call for Support of LGBT Human Rights
• Inclusive Catholics Celebrate Gay Pride
• The Gay World Cup
• The Triumph of Love: An Easter Reflection
• Our Catholic “Stonewall Moment”
• The Voice of a Good Heart
• A Catholic Bibliography on Gay Issues