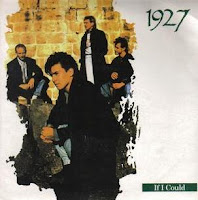 For this Friday’s “music night” at The Wild Reed, I share a great slice of Aussie pop - 1927’s hit song, “If I Could,” the second single by Australian rock-pop band 1927 from their debut album, ...ish.

Written by band member Garry Frost and released in October 1988, “If I Could” peaked at number four on the ARIA Singles Chart and was certified gold.

I Should Be So Lucky" by Kylie Minogue.


“If I Could” was released when I was living a closeted life in Australia, working as a teacher at a Catholic primary school in Goulburn, New South Wales. 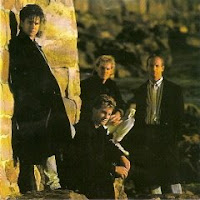 When I first heard this song, it’s lyrics of unrequited love deeply resonated with me. Of course, this shouldn’t be that surprising, given that one consequence of being closeted at that time was that I never expressed the love I felt for a young guy I’d known two years earlier when at college in Canberra. Indeed, I think for many closeted gay people, unspoken and thus unrequited love is a common experience.

I can also recall how the video for this song particular appealed to me. Why? Because it seems rather obvious (at least to me) that of the two young people who come into the old church hall to watch the band, it’s to the guy, not the girl, that the lead male singer is singing his song of love!

I mean, take a look at the video again! When the singer sings key lines (such as “Seems like loving you is my biggest mistake . . .” and “I’d be your favorite star”), the camera focuses on the guy, not the girl. 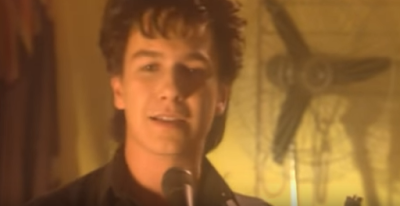 Also, the young girl seems rather oblivious to the heartfelt message of the song, and her attention wanders at various times from the singer. Yet the gaze of her male companion never leaves the singer. Indeed, he seems quite entranced!

I have no idea if the singer of 1927 is gay, or if the band was deliberately attempting to appeal to a gay audience. The point is that for me, it was in some ways comforting and affirming to see myself and my experience depicted – albeit somewhat clandestinely – in this video. 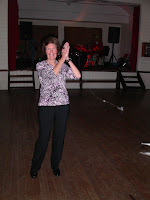 Another observation: the older woman who gets up and dances in this particular video reminds me of my Mum! Not in her physical appearance or her dress, but in her joyful willingness to get up and dance to the music, regardless of what others may say or think. Indeed, when I was at home in Australia in 2006 and my brother’s band was rehearsing in a little old country town hall, I can recall my Mum doing exactly what the woman in the video does. And I’ve got the photos to prove it!

Finally, the setting of this music video also brings back happy memories for me as in 1986 I held my 21st birthday celebration in a little church hall just like the one featured in the video. I’m not sure where the church hall that 1927 performed in is located but the one in which my 21st was celebrated is just outside of the rural city of Armidale, New South Wales. 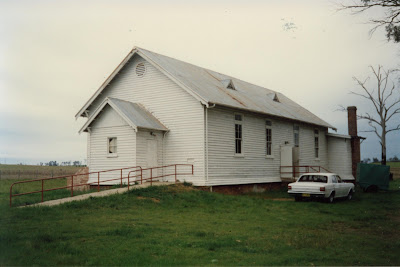 Above and below: I turned 21 during my last year of college in Armidale. I celebrated my 21st birthday on the evening of Saturday, October 18, 1986 in Dangarsleigh Hall, a little country church hall a few miles outside of Armidale. 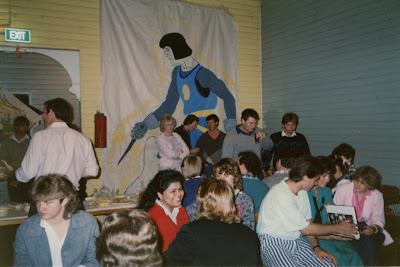 At that time I was very much into Hal Foster’s comic strip character Prince Valiant, and so had the hall decorated with huge colorful images of this hero who was both a Viking prince and a knight of King Arthur’s Round Table. 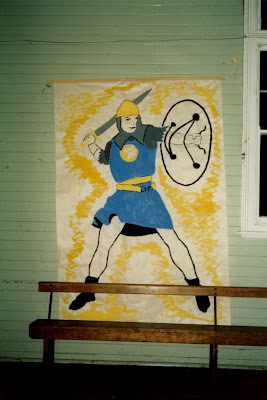 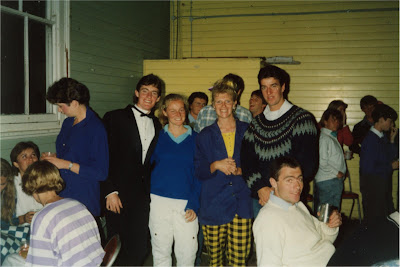 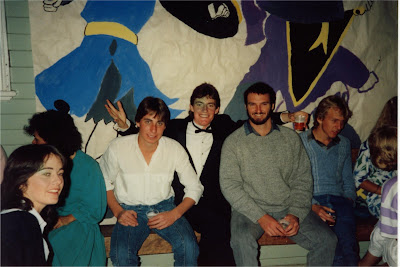 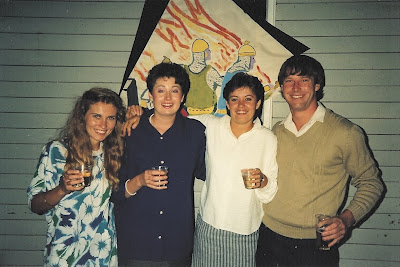 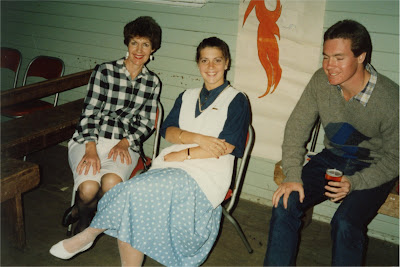 It was a great night. My parents came from Gunnedah, as did my cousin Steven and his girlfriend (now wife) Narelle, and my childhood friend, the “girl-next-door,” Jillian (pictured above) and her boyfriend (now husband) David. My younger brother Tim (pictured above and below at right) was also present, along with numerous college friends.

We danced into the early hours and managed to get through three kegs of beer! 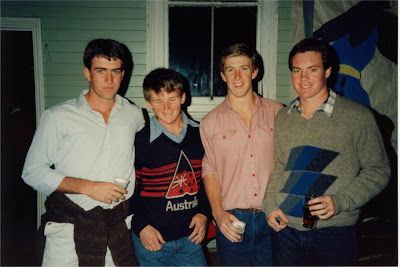 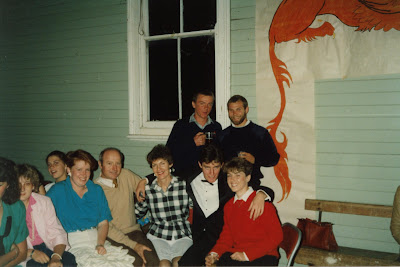 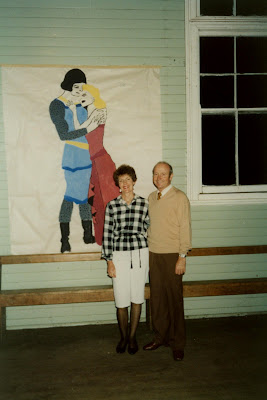 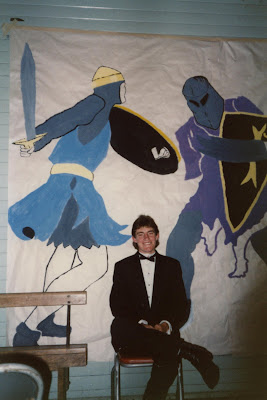 I couldn't agree less with your assessment of the video. Clearly, the cut away that you say focuses on the guy is meant to show the girl fawning over him in a way that he does not notice.

The fact that you are able to suppose this message in your interpretation says something about the art of video making.

But I suppose to that some 70 year old woman could jsut as easily find herself in this video, recalling perhaps a first love or some other lost memory and revelling in it for a few moments- hence the dance.

Now, when I say I disagree with your interpretation, I am not saying that you are not entitled to it. Rather I am saying thatit is perhaps more a statement of your world view than it is the artist intent.

Thanks for sharing your thoughts.

Yes, without doubt one of the strengths of this video is that it allows for all kinds of interpretations. I agree with you on that point.

I do find, however, that your dismissal of my "assessment," based upon the reasons you offer, to be rather weak. Could it be that such a dismissal and your strong assertion of your own interpretation of certain scenes and cuts represents your own "world view"?

I wouldn't be a bit surprised if the intent of the video maker was to make a work that conveyed an ambiguous message thus allowing a range of people to see their experiences (or "world views," as you say) reflected in it.

That we're even having this discussion tells me that he/she was successful in creating just such a work. Would you agree?

Michael's interpretation based on the various visual cues he highlights is a legitimate one - as is anonymous'.

I like it when any kind of art can lend itself to multiple interpretations. And you're right, Michael, this video is one of them. Thanks for sharing it - and those fun pictures of your 21st!

Just stumbled across this while trying to find out where the church in the video was. Thanks for sharing your interpretation of the song/video. Erik from 1927 isn't gay, but I think he'd be chuffed that the song had such an impact on you.