A Mountain Out of a Molehill 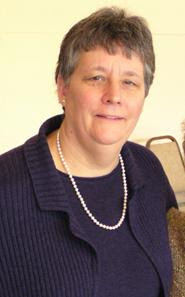 Catholic feminist theologian Mary E. Hunt has a piece published at Religious Dispatches on the furor that has erupted in some Roman Catholic quarters with the news that Notre Dame University will have President Obama give this year’s commencement address. 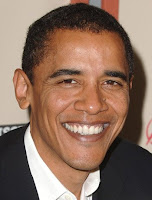 Right-wing Catholics and their blogging companions have their knickers in a knot over the fact that President Barack Obama is scheduled to be the May 2009 Commencement speaker at the University of Notre Dame. Given the virulent responses led by the Cardinal Newman Society, perhaps the Four Horsemen will have to come back to escort the President to the dais.

I tend to agree with the American Prospect’s Sarah Posner that the whole matter has been blown out of proportion by the press who have been taken in by a small group that makes a lot of noise—usually to no avail. Notre Dame needs to act like the university it wants to be, not the glorified catechism classroom the conservatives want.

Presidents Eisenhower, Carter, Reagan, Bush, and Bush all spoke at Notre Dame while they were in office; President Kennedy was there for the winter commencement of 1950 while still a senator. So it is in keeping with tradition—and Notre Dame thrives on tradition—to have a sitting president at graduation.

Mr. Obama is struggling valiantly with the worst economic disaster in generations and wars on several fronts. Still, all that matters to his opponents is that he is pro-choice, open to scientific wisdom on stem cell research, and has rolled back draconian public policy on international family planning funding. According to the Cardinal Newman crowd, he should not be permitted to speak to the graduates of a Catholic university, even if many of them are not Catholic, because he does not pass theological muster. That he supports anti-poverty programs, is pro-family, wants to bring about world peace, and works tirelessly to cultivate an ethos of respect for difference, all fades into obscurity when he fails the litmus test of orthodoxy on abortion. And the President is not even Catholic (Vice President Biden, take note).

The noise generated by the nay-sayers sounds like Saturday afternoon in the South Bend football stadium. There, under the watchful eye of “Touchdown Jesus,” the 134 foot mural of Jesus with his arms outstretched on the side of the Hesburgh Library just north of the end zone, Notre Dame fans scream their lungs out at opponents. Some of them are at it again in the press and in the blogosphere. . . . My advice would be to ignore the gnat-buzzing nuisances who traffic in these controversies because we have much larger issues to spend our moral and intellectual capital on these days.

This is a classic example of making the proverbial mountain out of the molehill, a tactic well-known to progressive Catholics. “Founded in 1993, The Cardinal Newman Society is dedicated to renewing and strengthening Catholic identity at America’s 224 Catholic colleges and universities.” Translation: this small group, founded by Patrick J. Reilly, monitors speakers, professors, students, and organizations on all the campuses and squeals every time its version of Catholic orthodoxy is transgressed.

. . . The Cardinal Newman Society generally irritates college administrations by blowing out of proportion issues—most of them having to do with sex, not war, the death penalty, immigration, or other social issues on which Catholic teachings are clear—about which good people disagree. A scuffle ensues. Faculty and staff often become more circumspect. When the semester is over things cool down and the Newman folks move on to the next place and do it all over again. 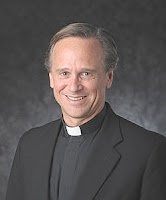 The question is why Notre Dame took the bait instead of thanking them kindly for their views and getting on with the business of education which includes dealing with people with whom one disagrees. Likewise, why does the big media accord these things such coverage? A quick look at the Newman group’s website with its sign-on petition ticking like a doomsday clock is enough to cast doubt on the veracity of its claims. So what if X number of people say rescind the invitation? Last I heard, Holy Cross Father John Jenkins [pictured above] was hosting the party. Obviously, this is not simply about a graduation speaker. The President of the United States is being instrumentalized in a long Catholic theo-political struggle that will not be resolved on this playing field, though it is a chance for everyone to show which team they are on.

For more of Mary E. Hunt at The Wild Reed, see:
Mary Hunt and Richard Rodriguez Headline DignityUSA's 40th Anniversary Celebration
A Time to Re-Think the Basis and Repair the Damage
Crisis? What Crisis?
Beyond Papalism
Our Catholic “Stonewall Moment”
CPCSM’s Year in Review (2006)

Unfortunately this is no longer a small group. One can't keep pointing to the Cardinal Newman Society as the bad guy. The fact that the local bishop will be boycotting and several very mainstream bishops have spoken out against this cannot be overlooked. There is a very large population of the student body at ND and many others who find this an inappropriate invite. It's not just a small "right wing" group; that's not an accurate statement.

I'm sad for the RCC. It seems to be pandering to all it's worst instincts these days. The far right seems to be gaining in the US, supported quietly I suspect by Benedict. It is going to make their voice irrelevant if this doesn't stop.

After reading through this blog, I have the definite impression that it's about being progressive and being gay, and that wherever Catholicism conflicts with those programs, it's to be "reformed and renewed" in a progressive gay direction.

Is there any place on here where a significant value or policy or behavior of the progressive and/or gay communities that you take on critically because it conflicts with something Catholic?

Could you rephrase your question? As written above, I don't quite get it. Thanks.

I read Mary Hunt's piece - well done, she is brilliant.

I have a few bruises (but remain unhurt and alive!) because I did what I usually avoid...I commented about this matter on some Catholic blogs.

There is no talk of mercy, just condemnation.

And I am left with an image of Zaccheus in a tree. Worst guy in town and who had the imperative to dine with him?

And let's face it, Obama is no Zaccheus!

This whole affair has given Catholics a chance to make a display of self-righteousness. Do they want President Obama to force raped 9 year-olds to have children under pain of excommunication? Obama shows much more moral maturity than many Catholic bishops.

Let me put it this way.

As a progressive and a gay man, you have a ton of criticisms of Catholicism. It's what most of your blog is about.

Here's my question: as a Roman Catholic, what big criticisms do you have of progressivism or of gay culture or politics?

Thanks for your question. It's a legitimate and important one. I plan on writing, within the next week or so, a special post so as to respond to it.