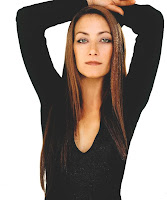 Free is one cool song -with a positive and proactive message of the need to let go of a lousy relationship so as to move on with life. The music video for the song shows a very classy delivery - both vocally and visually - of this message. It actually looks as if it was filmed at Sydney’s Kingsford Smith International Airport - a place I’ve become well familiar with over the years, what with my numerous return visits to Australia.


. . . Baby, I know
I can’t live another day, sleep another night,
waiting for you to change into something
I wish you could have been.
It’s not what I’m into now.

I’ve done all I can,
I’ve given you every chance
to prove you are my man.
Now there’s nothing left to lose.


I’m free
like the wind,
independent once again.
Yeah I am gone,
I’ve gotta be moving on.


Free, watch me fly
lift your hands and wave bye bye,
cos I’m gone.
Gotta be moving on.

Born in Canada in 1960, Wendy Matthews relocated to Australia in 1983 where she soon began building both a reputation and a career as one of the country’s most popular and well-respected female vocalists.

Career highlights include her 1988 recording (with the group Absent Friends) of “I Don’t Want to Be With Nobody But You”; her 1990 ARIA Award-winning debut album, Émigré, which featured the hit singles “Token Angels” and “Let’s Kiss (Like the Angels Do)”; her 1992 ARIA Award-winning album Lily, which included the hits “The Day You Went Away” and “Friday’s Child”; and her 2004 acoustically recorded covers album, Café Naturale, featuring great renditions of “Early Morning Rain”, “All I Need”, and “Slave (Just for Love)”. 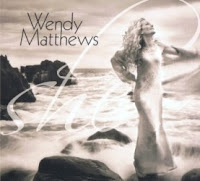 Her latest album is 2008’s She, on which, incidentally, she covers “Fallen Angels,” a song from Buffy Sainte-Marie’s Coincidence and Likely Stories - an artist and album highlighted last Friday night at The Wild Reed.

My parents saw Wendy Matthews in concert last May in Port Macquarie. She actually resides not that far up the coast - where she was living for a time in a tepee!