A Delightful Summer's Afternoon and a Moving Tale 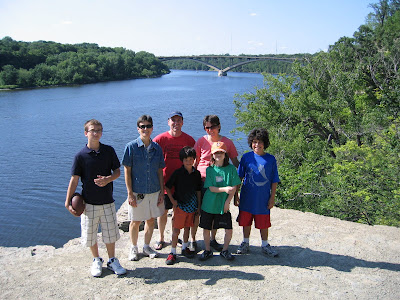 This past Sunday I spent a delightful afternoon with my friends Kathleen & Joey, and John & Kathy and their three sons Noah, Cole, and Aaron.

Part of our time together was spent not far from my St. Paul home, down by the Mississippi River – on the bluffs just below the University of St. Thomas (above) and in the shady ravine of the nearby creek that flows into the river. 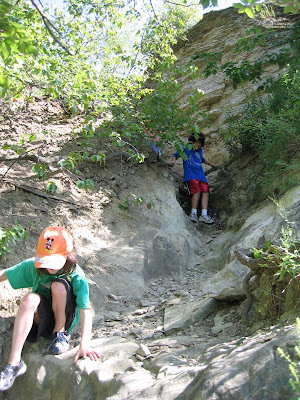 Above: Aaron (left) and Noah clambering down to the river. 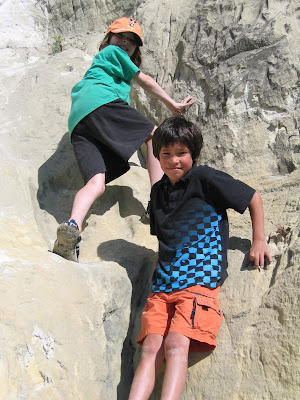 Above: Aaron and Cole. I think of all of us, Cole enjoyed climbing around on the bluffs the most. Indeed, he was as agile and sure-footed as a young goat! 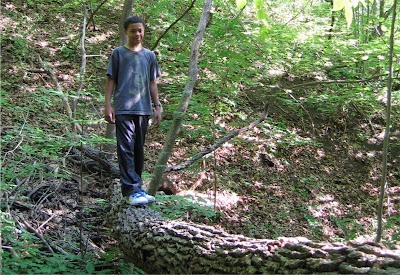 Above: While at the foot of the bluffs we befriended a young boy named Darius, who offered to lead us through the ravine to the natural spring that is the source of the creek. 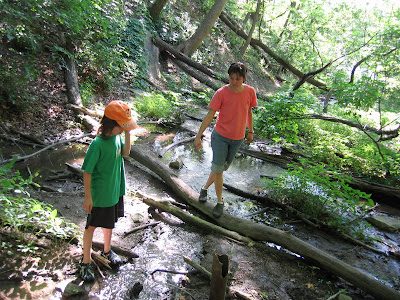 Above: Aaron and Kathy. 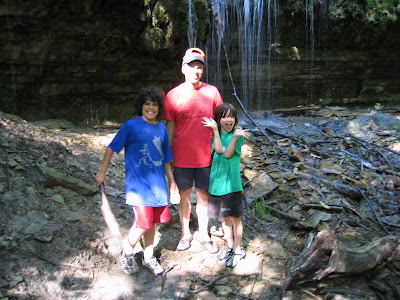 Above: At the foot of a little waterfall. From left: Noah, John, and Aaron. 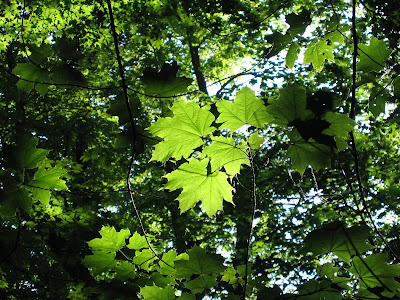 Above and below: Can you believe these photos are taken in the heart of an metropolitan area of 3.5 million people? That’s the Twin Cities for you. 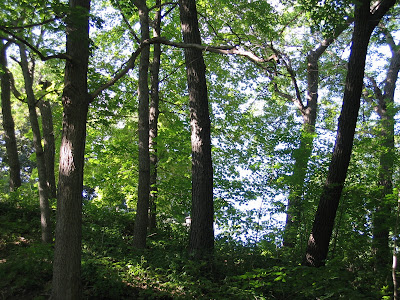 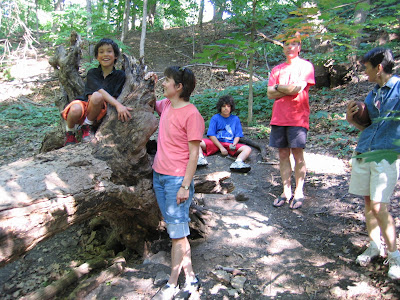 Above (from left): Cole, Kathy, Noah, John, and Kathleen. 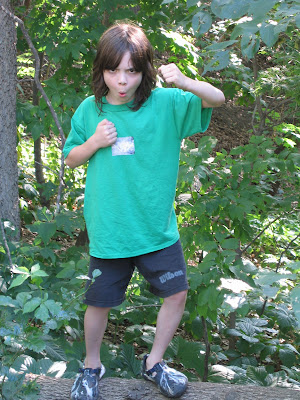 Above: Aaron doing his best Tarzan impersonation (or is that a Howler Monkey?).

After our exploring expedition along the Mississippi, we all returned to my home in St. Paul where I hosted a BBQ. It was a perfect evening for grilling and socializing on the back deck. Afterward we adjourned indoors and watched Hayao Miyazaki’s animated classic, Howl’s Moving Castle.

It’s one of my all-time favorite films, and the following review does a good job in helping explain why. 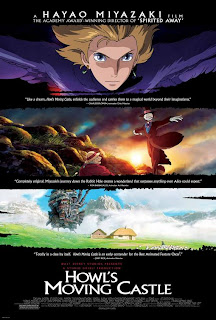 Synopsis: Young Sophie, who works in her family’s hat shop in a land that has just gone to war, is saved from attack by evil spirits by the handsome young wizard Howl. A jealous witch turns Sophie into a 90-year-old woman, and in an effort to lift the curse, Sophie becomes a passenger abroad Howl’s castle, which moves across the land and is powered by a talking energy flame named Calcifer. A young boy, Markl, is Howl’s assistant. Howl and Calcifer have their own curses they wish lifted, and are unable, it seems, to help themselves, let alone Sophie.

Oh, what a pleasure to experience another animated masterwork by Hayao Miyazaki, the Japanese director who also was behind the 2002 Academy Award-winning animated film, Spirit Away.

Miyazaki’s films always have a spiritual perspective. In this one, based on a novel by Diane Wynne Jones, there is no simplistic division of the world into good guys and bad guys, no “us” versus “them” battles in which we cheer for the heroes and hiss when the villains appear on the screen. In Howl’s Moving Castle, humans, demons, sorcerers, and witches all demonstrate moments of goodness, selfishness, and folly. For this achievement alone, Miyazaki deserves to be commended for advancing the cause of a mystical appreciation of our connections with all others, no matter how strange or unappealing they seem at first.

No one need be cast out of our hearts. For example, in one of the most daring developments in the story, the elderly Sophie [pictured at far right] volunteers to look after the vanquished Witch of the Waste [left], the same one who put her under a spell.

A second admirable motif in this drama is that being old need not be a terrible and unappealing fate. This is almost never seen in films made in the West, where youth is worshipped and elders are treated as invisible men and women. After Sophie is transformed into an old woman, she is at first stunned by this staggering change in her appearance. But then she chooses to learn to relax into her new persona. This Sophie is an improved version of the younger, who was shy, frightened of challenges, and lacking in both energy and self-confidence. Sophie the elder embarks on an adventure that takes her into a world far beyond anything she could have imagined before. 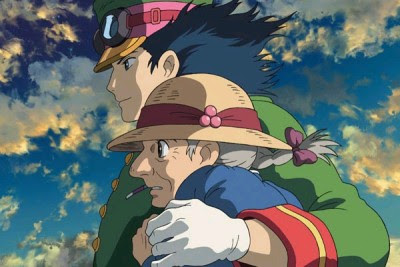 Working as Howl’s housekeeper, she has more energy and fulfillment than ever. Sophie the elder is not afraid to adapt to all the changes in her life nor does she have any doubts about speaking her mind. Miyazki shows that this character’s face is young when she sleeps but while she is working to save Howl, hers is a face of embodied wisdom and courage. Howl’s Moving Castle is probably the first animated feature film ever to let a crone carry the day with the ardor of her love and caring spirit.

A third theme of Howl’s Moving Castle is its anti-war message and its affirmation of the heart. In one scene, the wizard Howl shows Sophie an old mill house where he spent much of his childhood. This beautiful rustic setting – replete with a glorious lake – is in stark contrast to the fast-paced city where Sophie lives. There the dark black clouds of smoke from the trains pollute the air. But the most toxic thing of all is war itself, with destructive battles going on in the air and on land. Howl is transformed into a great birdlike creature as he tries to put an end to the senseless conflict.

Both Howl and Sophie learn a lesson that has been stated well by the great Buddhist master Chögyam Trungpa: “Real fearlessness is the product of our tenderness. It comes from letting the world tickle your raw and beautiful heart.”

Howl’s Moving Castle is a fearless film, and one of the best of the year [2005]. 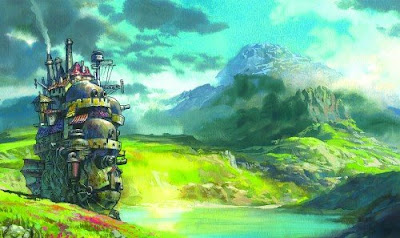