In the Garden of Spirituality – Eckhart Tolle 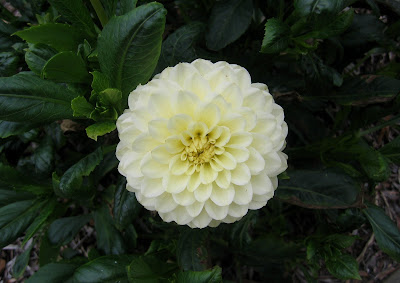 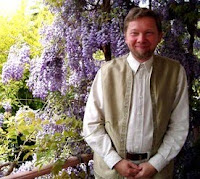 In the following excerpt from his book The Power of Now: A Guide to Spiritual Enlightenment, spiritual teacher Eckhart Tolle (pictured at right) shares his thoughts on why most religions condemn or deny the body, and why spiritual seekers have often regarded the body as a hindrance or even as sinful.

I find Tolle’s perspective particularly interesting given the recent media attention to Msgr. Slawomir Oder’s claim that Pope John Paul II used self-mortification “both to affirm the primacy of God and as an instrument for perfecting himself.” Msgr. Oder is the Vatican official in charge of the process that could lead to the pope’s sainthood.

Transformation Through the Body

The body can become a point of access into the realm of Being [or God]. . . . On the level of the body, humans are very close to animals. All the basic bodily functions – pleasure, pain, breathing, eating, drinking, defecating, sleeping, the drive to find a mate and procreate, and of course birth and dearth – we share with the animals. A long time after their fall from a state of grace and oneness into illusion, humans suddenly woke up in what seemed to be an animal body – and they found this very disturbing. “Don’t fool yourself. You are no more than an animal.” This seemed to be the truth that was staring them in the face. But it was too disturbing a truth to tolerate. Adam and Eve saw that they were naked, and they became afraid. Unconscious denial of their animal nature set in very quickly. The threat that they might be taken over by powerful instinctual drives and revert back to complete unconsciousness was indeed a very real one. Shame and taboos appeared around certain parts of the body and bodily functions, especially sexuality. The light of their consciousness was not yet strong enough to make friends with their animal nature, to allow it to be and even enjoy that aspect of themselves – let alone to go deeply into it to find the divine hidden within it, the reality within the illusion. So they did what they had to do. They began to disassociate from their body. They now saw themselves as having a body, rather than just being it.

When religious arose, this disassociation became even more pronounced as the “you are not your body” belief. Countless people in East and West throughout the ages have tried to find God, salvation, or enlightenment through denial of the body. This took the form of denial of sense pleasures and of sexuality in particular, fasting, and other ascetic practices. They even inflicted pain on the body in an attempt to weaken or punish it because they regarded it as sinful. In Christianity, this used to be called mortification of the flesh. Others tried to escape from the body by entering trance states or seeking out-of-body experiences. Many still do. Even the Buddha is said to have practiced body denial through fasting and extreme forms of asceticism for six years, but he did not attain enlightenment until after he had given up the practice.

The fact is that no one has ever become enlightened through denying or fighting the body or through an out-of-body experience. Although such an experience can be fascinating and can give you a glimpse of the state of liberation from the material form, in the end you will always have to return to the body, where the essential work of transformation takes place. Transformation is through the body, not away from it. This why no true master has ever advocated fighting or leaving the body, although their mind-based followers often have.

Of the ancient teachings concerning the body, only certain fragments survive, such as Jesus’ statement that “your whole body will be filled with light,” or they survive as myths, such as the belief that Jesus never relinquished his body but remained one with it and ascended into “heaven” with it. Almost no one to this day has understood those fragments or the hidden meaning of certain myths, and the “you are not your body” belief has prevailed universally, leading to body denial and attempts to escape from the body. Countless seekers have thus been prevented from attaining spiritual realization for themselves and becoming finders.


Sermon on the Body

What you perceive as a dense physical structure called the body, which is subject to disease, old age, and death, is not ultimately real – is not you. It is a misperception of your essential reality that is beyond birth and death, and is due to the limitations of your mind, which, having lost touch with Being, creates the body as evidence of its illusory belief in separation and to justify its state of fear. But do not turn away from the body, for within that symbol of impermanence, limitation, and death that you perceive as the illusory creation of your mind is concealed the splendour of your essential and immortal reality. Bo not turn your attention elsewhere in your search for the Truth, for it is nowhere else to be found but within your body.


Have Deep Roots Within

The key is to be in a state of permanent connectedness with your inner body – to feel it at all times. This will rapidly deepen and transform your life. The more consciousness you direct into the inner body, the higher its vibrational frequency becomes, much like a light that grows brighter as you turn up the dimmer switch and so increase the flow of electricity. At this higher energy level, negativity cannot affect you anymore, and you tend to attract new circumstances that reflect this higher frequency.

. . . As long as you are in conscious contact with your inner body, you are like a tree that is deeply rooted in the earth, or a building with a deep and solid foundation. The latter analogy is used by Jesus in the generally misunderstood parable of the two men who build a house. One man builds it on the sand, without a foundation, and when the storms and floods come, the house is swept away. The other man digs deep until he reaches the rock, then builds his house, which is not swept away by the floods.

I don't know about Tolle. In my Zen days, most of my fellow and more experienced Dharma sisters & brothers didn't think very much of him. One, brief flash of insight doesn't make you Buddha; having that mind, and keeping that mind - moment to moment to moment - that is Enlightenment. Sudden Enlightenment is, supposedly, possible, but it is anchored in practice most people would blanch (sic) at.

I'd like to see Ekhart Tolle keep quiet for 20 years or so, and meditate 20 hours a day, and THEN say a few words (no doubt many would suggest I do the same thing, but probably just because they'd enjoy the quiet).