.
“There are certain rights that are so fundamental
that the Constitution guarantees them to every citizen
regardless of what a temporary majority
may or may not vote for.” 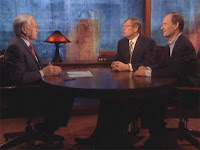 Attorneys David Boies and Ted Olson recently appeared on the PBS show Bill Moyer’s Journal, where they discussed why bans on same-gender marriage are unconstitutional.

Following are excerpts from this discussion, with thanks to Michael-in-Norfolk for bringing this conversation to my attention via his blog. 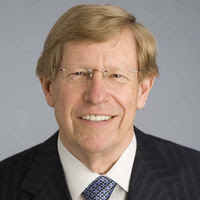 At that point, in 1967, seventeen states prohibited persons from a different race of marrying one another. The Supreme Court, at that point, unanimously didn’t create a new right, the right was the right to marry; the Supreme Court said the discrimination on the basis of race in that instance was unconstitutional. 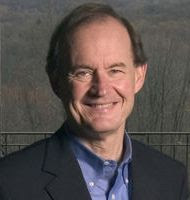 David Boies: If you didn’t [sometimes] tell the majority of the voters they [are] wrong under the Constitution, you wouldn’t need a constitution. The whole point of the Bill of Rights and the 14th Amendment is to say, “This is democracy. But it’s also democracy in which we protect minority rights.” The whole point of a Constitution is to say there are certain things that a majority cannot do, whether it’s 52 percent or 62 percent or 72 percent or 82 percent of the people. They can’t say, for example, that blacks and whites can’t go to school together – even though 82 percent of the people may think that. They can’t say that women aren’t allowed to vote, or are not allowed to work in the workplace, or not allowed equal rights or equal wages – even though a majority of people might vote that way in some places.

There are certain rights that are so fundamental that the Constitution guarantees them to every citizen regardless of what a temporary majority may or may not vote for. And remember, what Ted said is very important. Nobody’s asking to create a new constitutional right here. This is a constitutional right that has already been well recognized by the Supreme Court.

But what the Constitution says is that every citizen gets equal protection of the laws. It doesn’t just say heterosexuals. . . . the 14th Amendment was passed just after we got rid of slavery, which prohibited slaves from getting married. And one of the things that happened when slavery was abolished was large numbers of African Americans rushed to get married, because they viewed this as one of the most important human relationships. And they viewed the recognition, the sanctioning of that relationship as critical to their ability to live together as a family.

And the same thing is happening with gays and lesbians in our society today. We’re saying to these people, “You are somehow less than human. We’re not going to give you all of humanity’s rights.” Because remember, if we recognize them as human, if we recognize them as full citizens, the Constitution guarantees that they have equal protection of the laws. They have the same rights as any heterosexual.


Ted Olson: Well, this happens when the voters decide to violate someone’s constitutional rights. David mentioned that we have a Constitution and we have an independent judiciary for the very protection of minorities. Majorities don’t need protection from the courts. The original Constitution didn’t have the Bill of Rights attached to it. And the framers of our Constitution had a big debate and people said, “Well, we’re not going to ratify that Constitution unless you attach a Bill of Rights, which protects individual liberty, individual freedom, the right to speak, the right to assemble,” and those sorts of things.


David Boies: . . . When you’re dealing with matters of human rights and civil rights, our Constitution and our history is that you don’t deprive people of those rights simply based on majority rule.