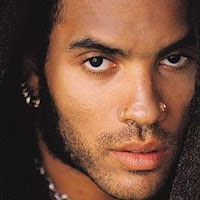 This evening’s “music night” at The Wild Reed spotlights the beautiful and talented Lenny Kravitz, whom I recently discovered features in the acclaimed film Precious.

In addition to singing lead and backing vocals, Kravitz often plays all the guitar, bass, drums, keyboards, and percussion himself when recording. He is known for his elaborate stage performances and music videos. Kravitz has had multiple number 1 hits on the US Top Singles Charts, though none by himself on the Hot 100, and many more worldwide. He won the Grammy Award for “Best Male Rock Vocal Performance” four years in a row from 1999 to 2002, breaking the record for most wins in that category and most consecutive wins in one category.

. . . Kravitz identifies himself as both a Christian “through choice” and a Jew, which he described both as “all the same to me.” He also notes that spirituality “has been an important issue in my growth”, given his upbringing by parents of different faiths. Such spirituality is prominently featured on many of his songs, such as the lyrics on his album Baptism, and having his back inscribed with a tattoo stating, “My Heart Belongs to Jesus Christ.” During another interview, he quipped “I’m half Jewish, I’m half black, I look in-between.” 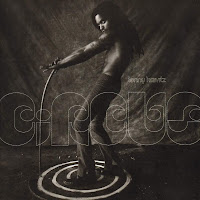 I recently purchased a number of used Lenny Kravitz albums at Cheapo Discs in Uptown, Minneapolis. I’m particularly enjoying his 1995 album Circus, which includes the songs “Can’t Get You Off My Mind,” “Magdalene,” “God Is Love,” “Circus,” and Resurrection.

I particularly appreciate the lyrics of this last song, some of which read as follows:


Did I love all that I should?
To everyone in my sight?
What did I do with my life?

Did I exercise giving and forgiveness with all my might?
Did I honor my freedom and did I live in the light?
Did I cherish my moments?
Did I take a good enough bite?
What did I do with my life?

Did I learn what I came to learn?
Did I listen with my heart?
Did I do what I came to do?
Did I play my part?
Did I see all the beauty?
Because living is an art.
What did I do with my life?

You can live any way you wanna.
All you have to do is dance.
Achieve anything you thought of;
You just have to take the chance.
You can fall in love with your life
’cause that truly is romance.
What did I do with my life?

Learn to love your life,
’cause that truly is romance. 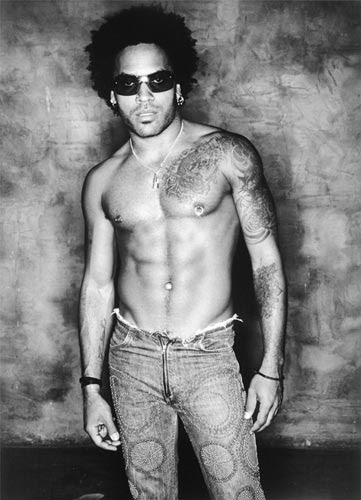 Lenny’s sexuality comes from his innate smoothness and
rocker bad-boy mystique. Kravitz is the perfect combination
of men: he can be soulful and sweet, but also rugged
and just plain hot; when someone says ‘you look like a rock star,’
Lenny Kravitz is probably their template!
– Source 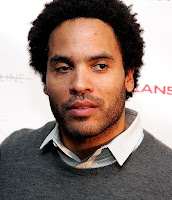 Kravitz’s most recent album is 2008’s It Is Time For a Love Revolution.

Following are excerpts from a review of this album by La Shawn Barber.

At 43, Lenny Kravitz is more self-reflective than usual.

He recently spoke to Maxim magazine about his newly declared sexual abstinence, “a promise I made until I get married.” Sex-free for the past three years, Kravitz wants more than just a physical connection. “I’m looking at the big picture.”

Relishing the satisfaction that can result from practicing self-discipline in a gratify-me-now culture, the four-time Grammy winner told Australia’s Herald Sun that abstinence “frees you from a lot of things and it also takes a lot of power away from people who are trying to seduce you... Ultimately I'm trying to do the right thing, to honour myself and the other person and honour God.”

From the moment I heard “Let Love Rule,” the first single from his 1989 debut album of the same name, I was a Kravitz fan. At the time, he was married to The Cosby Show actress Lisa Bonet, whom I also adored. A cool mix of rock and psychedelic soul, Let Love Rule gave me a new appreciation for the 1960s and 1970s music that influenced Kravitz.

Son of the late Roxie Roker of The Jeffersons fame and the late Sy Kravitz, a television producer, Kravitz followed up his debut with Mama Said. By this time, he and Bonet were history. The single “It Ain’t Over ’Til It’s Over” sounded like a touching lament over the break-up. Kravitz would go on to make six more albums (excluding a greatest hits collection) and score such hits as “Fly Away,” a rousing remake of The Guess Who’s “American Woman,” and “Again.” 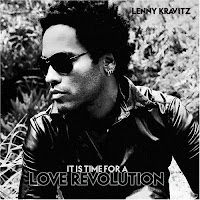 Kravitz’s eighth studio album, It Is Time For A Love Revolution, is a 14-track manifesto of love’s power to rule over lust and material things. Released by Virgin Records last week, the album is his first in four years. Fans will find the drum-heavy style familiar. Often described by critics as a “retro rocker,” Kravitz deftly handles lead and background vocals and mostly all the instruments, except for strings and horns on a few tracks.

To read this review in its entirety, click here.

Awesome post Michael!!! Lenny has always had tremedous appeal to me and you put a great profile together. I was not aware of his abstinence commitment. Having made taken a similar path in my early forties reading Lenny's comments on it rang true.