In the Garden of Spirituality – Paul Wapner 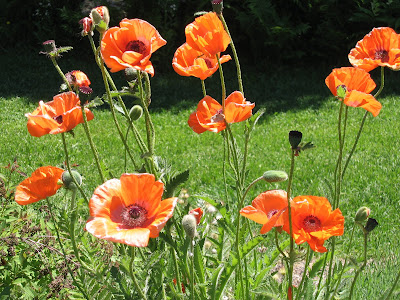 The Wild Reed’s series of reflections on religion and spirituality continues with an article by Paul Wapner from the Winter 2011 (and 25th anniversary) issue of Tikkun. This particular issue is full of insightful and inspiring "advice to the next generation of activists engaged in tikkun olam" (transforming the world), and Wapner's piece eloquently explores the "sustaining force of meaningful activism."

I've come to realize that I'm called to be an agent of change (or, in church language, reform) within Roman Catholicism. Such work not only contributes to the transforming of the church but also of the wider world in which it operates and influences. Thus as a gay Catholic activist working with others to transform those (often political) structures and practices of the church that fail to embody the healing and liberating message of Jesus, I find Wapner's contribution to be instructive, challenging and hopeful. Perhaps you will too.

Outrage at Suffering,
Awe at the Universe

Tikkun
Winter 2011
The most important thing to know about social change work is that it changes. Not only do our advocacy strategies shift in the face of distinct circumstances, but our reasons for engaging in activism in the first place also evolve as we grow and understand ourselves in new ways. Acknowledging and celebrating this is essential for effective and meaningful activism.

Being open to internal and external change is more than a simple tactical choice – it's a sign of respect for the world. Life is ultimately mysterious and becomes more so the further we seek to understand ourselves and engage in tikkun olam. How our world came to be, where it is headed, what the ultimate good is, and how our acts of kindness fit into the cosmos are unanswerable questions with which we must constantly wrestle. Our responses to them will alter as we engage in increasingly deeper internal reflection and political work. Locking ourselves too tightly into a viewpoint may help us maintain a moral compass, but it can also blind us to life's mysteries. Indeed, riding out our lives under such ideological subscription closes us off to what Rabbi Abraham Heschel saw as a vital source of understanding and political inspiration: awe.

Awe awakens us to the world. It heightens our sensitivity to meanings greater than ourselves. It gracefully destabilizes us, healing us from what could be called "hardening of the categories." To stay alive as activists, we need to guard against constricting our lives in the face of immense political challenges and acting out of mere ideological habit. We must remain open to possibility.

Staying open doesn't mean being indecisive or subject to any changing wind. Rather, it is about remaining true to greater justice, peace, ecological sanity, and humane governance, but in a way that looks directly into the nature of things (including ourselves) and constantly adjusts our understandings and strategies to what is being called to surface within us. We listen carefully to our inner voice – however imperfect its song – and to the political demands of the moment, and try to make the world a better place as best we can. Our efforts often falter and the world [not to mention the clerical caste of the church] frequently proves stubborn. But, bringing mindfulness to the interface between our personal and political lives enables us authentically to surf the edge of political engagement.

At the heart of this practice is being outraged at and working to alleviate avoidable worldly suffering, and being astonished at the sheer complexity and beauty of existence itself. In other words, we need to know what is, and what should be, and love both. We must enjoy and cherish our world [and church!] while compassionately working for a better one. Such moral, political, and spiritual stretching is, in my view, the sustaining force of meaningful activism.

Paul Wapner is associate professor and director of the Global Environmental Politics program at American University. His most recent book is Living Through the End of Nature: The Future of American Environmentalism (MIT Press 2010).

See also the previous Wild Reed posts:
Catholicism's Future is Up to the Laity
Rescuing Catholicism
Quote of the Day – April 6, 2010
Roger Haight on the Church We Need
Re-Forming "the Vatican" Doesn't Mean Destroying the Church
The Roman Catholic Pyramid is Crumbling
Time for a Church for Grown-Ups
"Something Exciting and Joyous"
A Time to Re-Think the Basis and Repair the Damage
Of Mustard Seeds and Walled Gardens
Clearing Away the Debris
A Declaration of Reform and Renewal

Labels: Church Reform, In the Garden of Spirituality