As co-chair of the Twin Cities-based Catholic Coalition for Church Reform (CCCR), I’m currently planning with others CCCR’s Synod of the Baptized 2011.

Last year what emerged from the synod was CCCR’s Action Coordinating Team (ACT), which, among other things, is currently facilitating “listening sessions” at which issues of conscience that concern local Catholics are being identified and discussed. This year, what we’re calling the Council of the Baptized will be the primary outcome of the synod. This council will serve as a representative and deliberative body that will address the issues of conscience discerned in ACT’s listening sessions and communicate throughout the Archdiocese of St. Paul-Minneapolis the voice of the people as it relates to these issues. 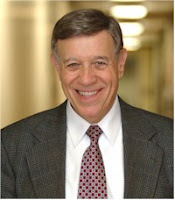 Like Lakeland, Padovano (pictured at left) is a well-respected Catholic author and theologian. He holds doctorates and professorships in theology and literature, and is the author of twenty-nine books including three award-winning plays. His personal and professional papers are in the permanent archives of the University of Notre Dame.

Dr. Padovano has been visiting professor at twenty-five American colleges and universities. He lectures world-wide and appears regularly in the media. He was the first elected president of CORPUS and served in that capacity for ten years. He is a founding member and a distinguished professor of literature and philosophy at New Jersey's Ramapo College, and has served, since 1986, as pastor of The Inclusive Community where Catholics and Protestants worship together.

Recently I came across an article written by Padovano that in many ways reflects this blog's focus on exploring issues of sexuality within Catholicism. Accordingly, I share today a brief excerpt from Anthony Padovano’s "Power and Sex in the Catholic Church." This particular excerpt explores the preaching of Jesus as it relates to issues of sex and power.

The reason why the Gospels deal so little with sexual concerns derives from their preferred focus on power issues. Indeed, the New Testament at large has little over-all interest in sexual ethics.

Sex becomes a central theme as authority and power escalate in importance. If the power equation in life is balanced, the sexual equation is automatically adjusted.

Since Jesus resists so regularly power as a defining characteristic of his life, sex is not of utmost significance in his preaching.

Jesus rejects power for himself in the secular and religious categories of his day. Notice his behavior.

He does not want to be king when people offer this to him. He does not allow the sword even when this may rescue him. He tells Pilate he has no interest in political power but only in a kingdom of love. He keeps a distance from priesthood and wealth. When he heals, he does not seek submission from others but faith. The Easter apparitions are not a summons to retribution or redress of injustice but a call to peace and forgiveness and mission and the Spirit.

The preaching of Jesus is consistent with his behavior.

If the Kingdom of God is within us, then institutional or ecclesial power does not justify us.

If love is the hallmark of discipleship, then hierarchy is of marginal value.

If forgiveness is a sign of the Spirit, then the heart is where salvation happens.

If we are judged by God in terms of how we treat one another, then vulnerabilities trigger compassion rather than dominance or advantage.

One sees all this at work quite strikingly in Jesus' teaching on divorce.

It is not divorce as such that Jesus prohibits.

Matthew and Paul both understand this and write exceptions into the earlier absolute prohibition of divorce in Mark. The Catholic Church expanded these exceptions over the centuries of the first millennium.

The intent of Jesus becomes clear when one realizes that Jewish law and custom of the time defined a married woman as property. Divorce was an exclusively male prerogative of power over a woman who was juridically his possession. Adultery is not a sexual but a property, power issue.

The Catholic Church today sees divorce as an essentially sexual issue. A marriage is not truly permanent until it is consummated. A second marriage after divorce is allowed if there is no sexual relationship in the second marriage.

Jesus, on the other hand, limits, not sexual options but, rather, the ability to own, control and dismiss another person.

Power over others, controlling others, is attacked in its very root by the preaching of Jesus.


To read Anthony Padovano's "Power and Sex in the Catholic Church" in its entirety, click here.


See also the previous Wild Reed posts:
The Sexuality of Jesus
Jesus Was a Sissy
The “Wild Gaiety” of Jesus’ Moral Teaching
Why Jesus is My Man
Jesus: Path-Blazer of Radical Transformation
Jesus: The Most Dangerous Kind of Rebel
Bishop Thomas Gumbleton: A Priesthood Set Apart and Above Others is Not the Way of Jesus
Relationship: The Crucial Factor in Sexual Morality
The Non-Negotiables of Human Sex

Excellent reflection from Padovano. Thanks for posting this and the link. I hope you have lots of folks to hear him later in the year.

This is really interesting! Jesus remarks on divorce - especially considering how they have given rise to the current teaching of the Catholic church on the subject - have always perplexed me, and given cause for concern to me personally in how they should be interpreted in light of the context in which they were spoken.

Now that you have illustrated a positive and rational perspective in which Jesus probably intended to issue this declaration on divorce - as a prohibition against viewing marriage as an exchange of property rather than a relationship of love - I can now truly see how these words, possibly spoken by Christ Himself, can indeed have relevance for us but also remain closely bound to their own cultural and religious context.

Now I can finally meditate upon this words without having to squirm a bit inside every time I read them! :P